Pokemon Masters How To Evolve: Levels, Evolution Missions, What Pokemon and Full Details!

Evolving Pokemon is a core component of the series, even in Pokemon Masters!

Released during the Summer of 2019, Pokemon Masters has become one of the most popular mobile games across the world.

In a game where you collect Sync Pairs, which consist of a trainer and their Pokemon; one would assume evolution would not be a big component of it.

However, like the main series Pokemon games you are still able to evolve certain Pokemon!

Here's how to evolve your Pokemon in Pokemon Masters!

Unlike the main series games, the Pokemon of the respective Sync Pair will not evolve at different levels. Instead, Pokemon that can evolve will have one or two stages and will evolve at LVL 30 and LVL 45.

Not only do you need to get your Pokemon to this LVL, but you also need to complete a specific side mission designated to that Pokemon and their partner.

Unlocking these missions can prove difficult, as you will need to gather and redeem evolution shards and evolution crystals in order to evolve these Pokemon.

Here's how to get each of these items. 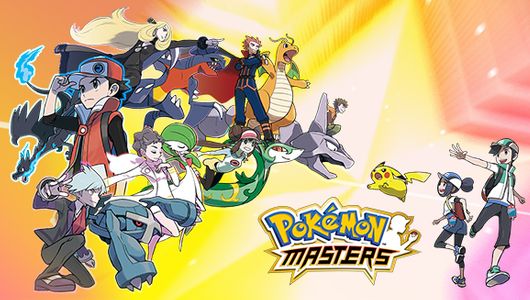 Only certain Pokemon can evolve in Masters, and they have added more since the release of the game and the addition of new Sync Pairs.

Here are the Pokemon that can evolve with Evolution Shards/Crystals for June 2020.

Below is the list of Pokemon that can Mega-Evolved!

Of course, like the main series games; there are Pokemon that cannot evolve in Pokemon Masters.

These are the ones that cannot evolve!

Pokemon Diamond and Pearl Legendries: Dialga, Palkia, Giratina and Everything We Know