The Minecraft Nether Update Has Arrived

Here's everything you need to know about Minecraft overhaul of the Nether.

An exciting update has been introduced to Minecraft today involving the overhaul and rework of the Nether.

The update aims to revitalise the Nether with a new resource, biomes and creatures.

Let's check out the details of this update.

The latest update introduces a new resource to the game, Netherite. This resource can be acquired by mining ancient debris in the Nether.

Netherite scrap can be combined with Gold Ingots to form Netherite Ingots.

These Ingots can be fused onto players diamond gear to allow the armour to float on lava.

This means if a player dies in lava, instead of losing their items, it is possible to reclaim their Netherite armour. 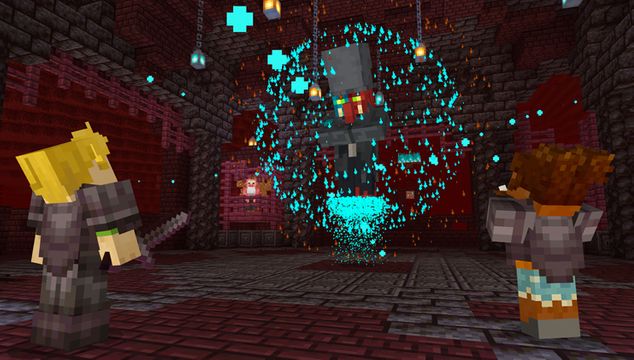 The update includes a number of new creatures for players to encounter.

Firstly, a new version of Piglins has been introduced to the Nether. They are aggressive unless players are wearing the correct type of armour.

These new Piglins can be found in the Crimson Forests and the Nether Wastes.

Hoglins have also been introduced to the Nether.

These are large creatures that utilise a knockback effect on players.

Finally, a new passive creature has been introduced to the Nether called the Strider.

Players can saddle the creature and it's long-legs can allow them to cross lava pools.

This Minecraft update contains a lot for players to discover and revitalises a classic location on the map. It'll be exciting to see how players fare in the reworked Nether and what dangers they encounter. For more details on the patch visit the official Minecraft site.