With transfer news flying around, FIFA 21 Ones To Watch is hotting up! Check out all the confirmed transfers and rumours here!

Ones To Watch has gone live and today in FIFA 21 Ultimate Team Team 2 will finally arrive.

While this promotion is less exciting, due to the fact that the cards don't have big upgrades, the potential for it is HUGE.

Over past years of FUT, a lot of Ones To Watch cards have rarely made big splashes on FUT. However, this year some huge moves have been made across the world and particularly in the Premier League; ultimately meaning many exciting IF cards.

Today players will also get a chance to grab a free untradable TOTW player via Deadline Day packs!

So here's everything you need to know.

Read all about Ones To Watch by clicking the links below:

Ones To Watch Squad 1

The Ones To Watch squad includes: 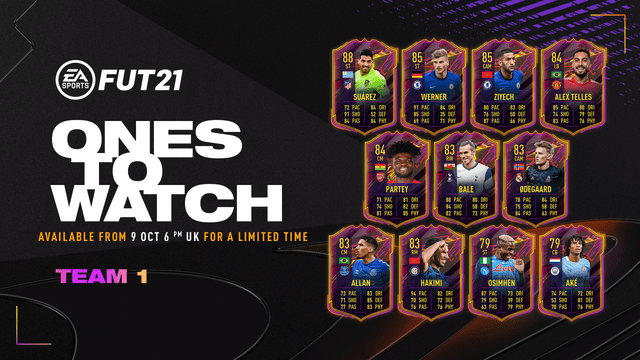 Ones To Watch Squad 2 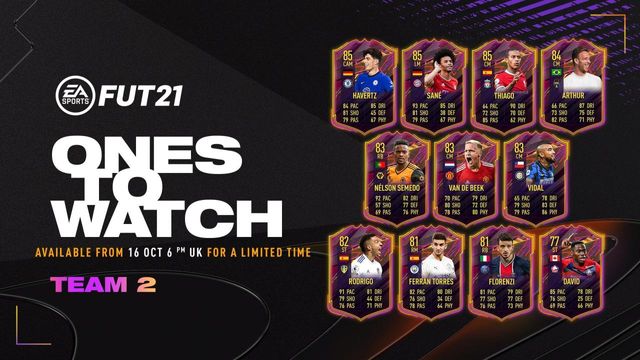 What Is Ones To Watch?

The Ones To Watch Promotion in FIFA Ultimate Team has been a staple for a number of years now, revolving around the biggest transfers in world football.

At the start of the FUT calendar, a squad of OTW cards are released into packs, featuring a curated list of top cards that have moved clubs over the summer.

As ‘Ones To Watch’ in FIFA Ultimate team, these cards are dynamic, meaning they upgrade if a player receives a performance-based in-form, such as a TOTW, MOTM or TOTGS card.

This not only adds a whole new dimension to a regular weekend of football, through watching specific players’ performances, hoping for key contributions but also allows for a number of investment opportunities on the FUT transfer market.

Ones To Watch Release Date

Ones To Watch has been confirmed for a release on Friday October 9th, coinciding with the global release of FIFA 21.

For those that pre-ordered the Ultimate Edition before the 14th August, you will be able to get one untradeable FIFA 21 Ultimate Team (FUT) Ones to Watch player for your FUT squad.

If you got into FIFA 21 before the end of October 9th you can boost your squad in FUT with a Deadline Day pack featuring live Ones To Watch Loan Items for some of the summer’s biggest transfers as well as a guaranteed untradeable Team of the Week player!

The Deadline Day offer is available to all players on PlayStation 4, Xbox One, and PC (including EA Play Pro Members) who logged in to the full version of FIFA 21 by October 9, 2020 at 11:59PM PT.

Your loan Ones To Watch item will be usable for just four games.

You can get a TOTW player from whichever TOTW is currently active when it is opened. Meaning, if you save your pack you can get a different TOTW player; you do not need to open it straight away.

Deadline Day Packs will be distributed on the 16th October at 6pm BST.

Ones To Watch Team 1 Predictions

Here is our Prediction for the FUT 21 Ones To Watch Team! 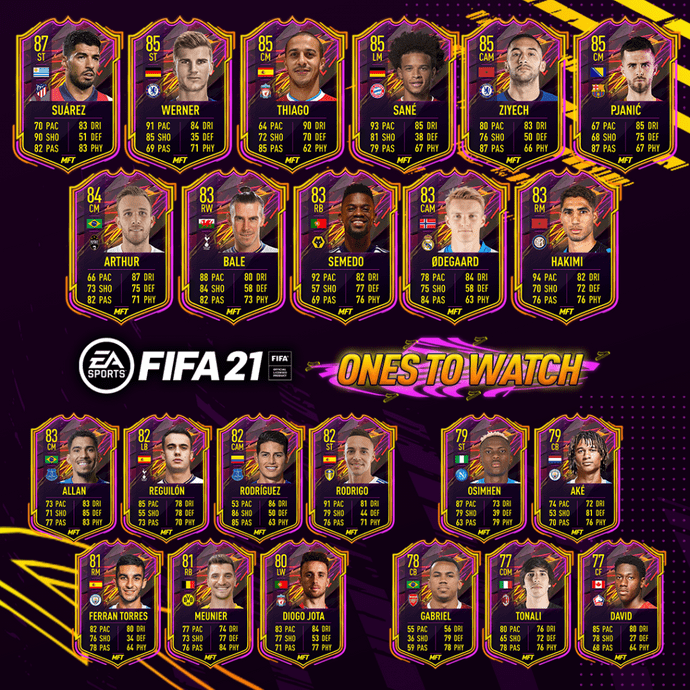 Ones To Watch Team 2 Predictions

Here is our Prediction for the FUT 21 Ones To Watch Team 2! 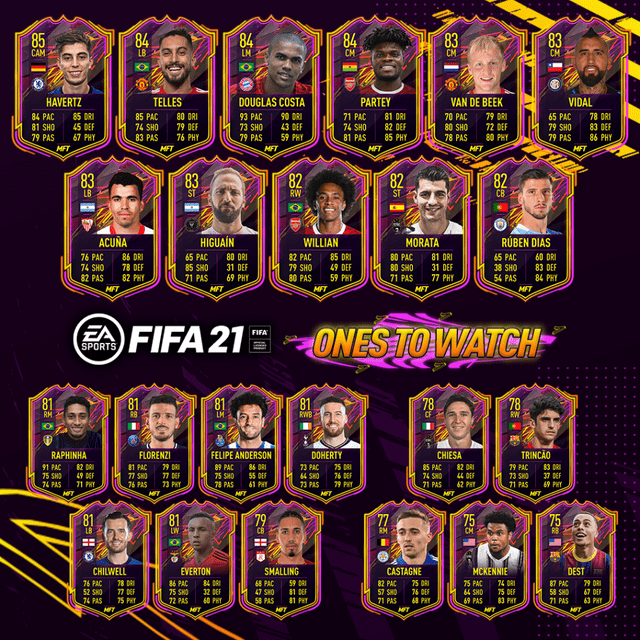 FIFA 21 Icon Swaps 1 LIVE: Dates, New Objectives, Players, Rewards, How Many Tokens, Tips And Everything You Need To Know