What is Infinity Ward doing wrong and how can it be fixed?

Season 4 of Modern Warfare and Warzone is in full swing and as players continue dropping into Verdansk in one of the several playlists, there are a few issues in the battle royale that are beginning to get on the nerves of several players.

Everything from the inclusion of skill-based matchmaking to the removal of playlists has sent the Warzone community into overdrive, expressing their criticisms with Infinity Ward.

Here, we take a look at three major factors that are deterring players from dropping into the battle royale and what Infinity Ward can do to rectify the issues.

In Warzone, the past couple of weeks has seen matches become increasingly competitive, taking away from the fun for casual players.

There’s a very simple fix for this. Introduce a competitive playlist! For players looking for a competitive experience, introducing a dedicated ranked playlist complete with ranks to match players with a similar level of skill.

Warzone has an extremely healthy competitive scene. Infinity Ward has the opportunity to capitalise on this by introducing a dedicated playlist for the hardcore players and keeping the standard playlists free for the more casual players.

The June 19th playlist update saw the introduction of Realism Battle Royale, a variation of the extremely popular Quads mode.

Instead of launching Realism BR as a standalone LTM, Infinity Ward made the bizarre decision to remove standard Quads in place of the new mode, much to the annoyance of many four-man squads looking to drop into Verdansk for the normal Warzone gameplay.

Adding in limited-time modes has its place in Warzone but there is no need to remove the staple playlists that players have come to expect to be permanent fixtures within the game.

Keep solos, duos, trios and quads in the game at all times, leaving the space for one or two LTMs which can be rotated every other week without impacting the standard playlists. 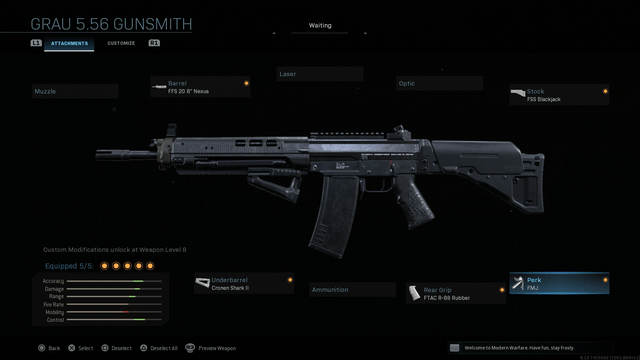 The topic of the GRAU 5.56 Assault Rifle (AR) being the strongest weapon to use in Warzone has been a hot topic of conversation, one which has ultimately led to an upcoming wave of weapon tuning in the mid-season update.

The update is likely to bring in changes to the GRAU, drastically changing the metagame and allowing other weapons to be a viable alternative to the GRAU.

The announcement of an incoming weapon balancing is certainly good news but it has taken an outcry from players for Infinity Ward to act upon the change rather than the developers noticing that the metagame has plateaued.

In future updates, Infinity Ward needs to keep a closer eye on the metagame in order to make adjustments quickly, keeping all weapons in the pool somewhat viable and preventing a standout weapon to move ahead of the pack.