A huge update is coming the PS5 and Xbox Series X next year.

Cyberpunk 2077, the highly anticipated release from CD Projekt Red, has been pushed back to November 19th from September 17th.

Known for taking its time when it comes to game development, the developers stated that it needs additional time “to go through everything, balance game mechanics and fix a lot of bugs.”

While some fans are disappointed at the delay, others have given CD Projekt Red their full support as the wait continues for its release.

Alongside the news that the game will be delayed, it was also confirmed that there will be a huge upgrade coming to the next generation of consoles. 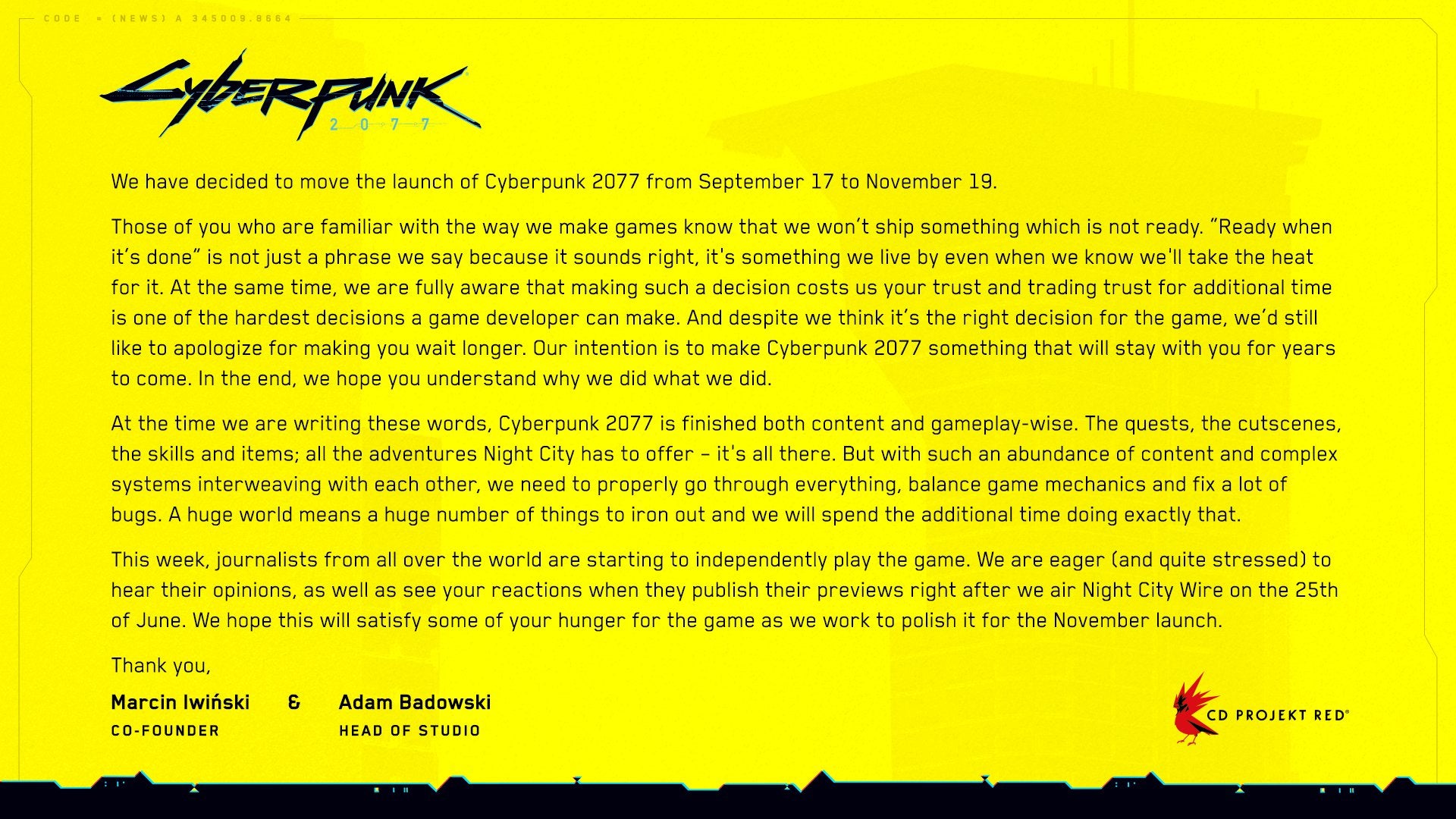 The free “more robust” upgrade will arrive on both PS5 and Xbox Series X in 2021 alongside the news that the PS4 and Xbox One editions of the game will be playable on the new consoles when they launch in late 2020.

In a news conference, CD Projekt Red’s CEO Adam Kicinski answered questions in the wake of the delay. The news of an upgrade coming to the new consoles was first reported by Gematsu.

Microsoft has already confirmed that Xbox One Cyberpunk players will also be able to get the game upgraded to the Series X thanks to its new Smart Delivery system which means players will only have to buy the game once in order to play them across both generations of consoles. For PS4 players, the 2021 update will arrive on PS5 for free as Sony has yet to reveal any form of equivalent to the Smart Delivery system.

As for a definitive release date, CD Projekt Red isn’t sure as to when in 2021 the update will arrive due to the potential delay of the release of the new consoles but both Microsoft and Sony have stated that both will be releasing in 2020. It will be interesting to see when Cyberpunk receives this huge update as the anticipation for its release continues to build ahead of its new November release date.