Isle of Armor: Which Tower Should I Do? Tower of Darkness or Tower of Waters?

One of the most important decisions in the Isle of Armor is up to you!

Pokemon Sword and Shield's first expansion, the Isle of Armor, is now playable all across the world.

The legendary Pokemon, Kubfu, will evolve into Urshifu one you have complete either the Tower of Darkness or Tower of Waters.

So what are the benefits of each and which one if better?

In order to evolve Kubfu, you will need to scale the tower and defeat all of the five Pokemon within these towers. Once you do so, Kubfu will evolve into Urshifu signaling the end of the tower.

The Tower of Darkness will evolve Kubfu into a fighting-dark type Pokemon and it will also become Urshifu's Single Strike Style.

Below are the moves Urshifu will learn if you choose the Tower of Darkness courtesy of Bulbapedia. 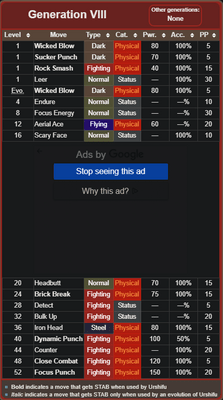 Should you forgo the previous option, you can tackle the Tower of Water. Like the name suggests, this tower will evolve Kubfu into a water/fighting-type Pokemon and will also become the Rapid Strike Style.

Check out the move set for Urshifu if you opt for the Tower of Water, courtesy of Bulbapedia. 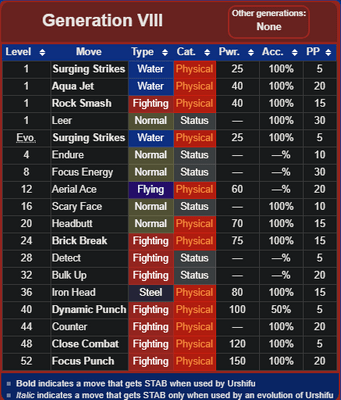 It does not particularly matter for the story of the game which form you choose. It all comes down to personal preference, and more so which form you like better!

The water and dark type moves are unlocked early on, with plenty of fighting type moves unlocking later on.

If you're lacking a good water-type Pokemon, Urshifu's rapid strike style could be the way to go - however, there are plenty of water types available in the Isle of Armor and some good Pokemon in the main game.

Dark types are a little less common, so it could be a good idea to go with this typing. However, they're only strong against Psychic and Ghost types, which are less common than other Pokemon.