Fortnite Chapter 2 Season 3: The Device Event - What Happened And What It Means For Season 3

Don't worry if you missed The Device event to end Fortnite Chapter 2 Season 2; we've got everything you need to know.

The Device has been teased throughout Season 2, and (after multiple delays) it looks like Midas' plan was finally set into action.

The event went ahead at 11am PT on Monday, June 15, but if you missed it - apparently servers hit capacity just one minute after the recommended arrival time of 10.30 - we've got you covered. 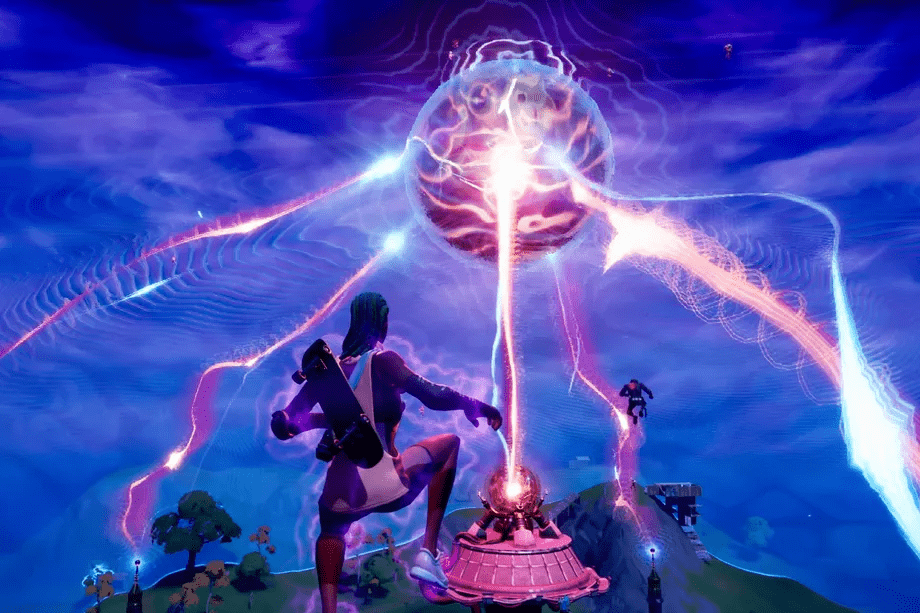 The event itself saw huge pylons rise from the lake surrounding The Agency, before an explosion wracked the building itself.

From the smoking rubble, a central pylon emerged, much larger than the others. Resembling a large tesla coil, it rose to the sky and crackled with electricity. It seemed that Midas had succeeded in turning on The Device.

The power of The Device sent bolts of lightning into the storm and lifted players into the air. Here's when things got really weird.

Players saw multiple flashbacks to a nondescript office, where iconic character Jonesy entered, amazed that he could see you. Nobody is sure what this means, but the whole thing evidently ties in with deep Fortnite lore.

As we fade back into consciousness in and around the ruins of The Agency, the gas has been replaced with a wall of water. We can even see sharks, fish, and The Yacht perched precariously on the tsunami-sized wave.

Finally, we find ourselves back in the Battle Bus, flying over a huge sea, with just a small gap to eject ourselves down to The Agency.

What This Means For Season 3 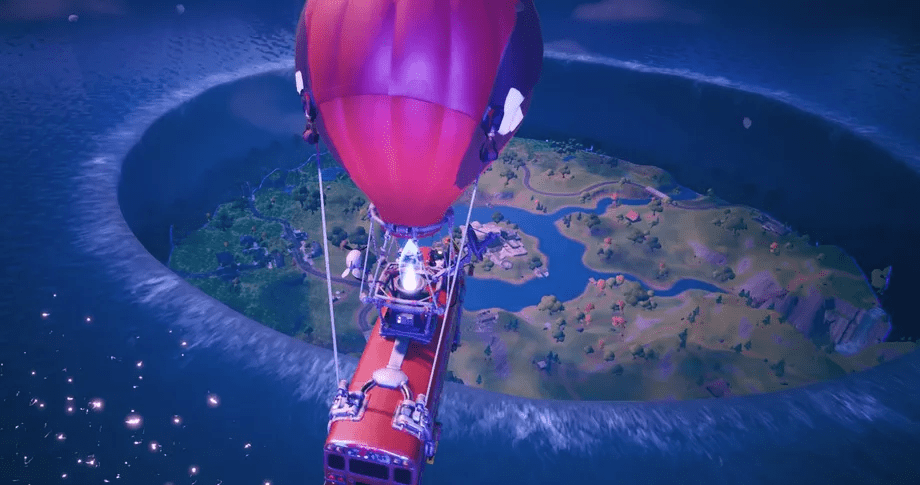 First of all, The Agency, one of the most popular drop spots, lies in ruins. What this means for the loot, we don't know, but it'll make for some interesting landings for sure.

Secondly is the biggest change: the wall of water. The gas circle has been the only constant in every Fortnite season so far, but it seems it's been replaced ahead of Season 3.

At present, it seems like you can swim in the wall of water, but there is a subtle current pushing you out. However, with rumours of sharks and diving gear, we expect this to change in Season 3.

Fortnite Chapter 2 Season 3 is shaping up to be radically different than anything that has come before, and we cannot wait to jump in at the deep end!