A submarine in Dam?

While the story in Verdansk starts to unfold in Season 4, there could be something new about to unfold in Dam.

Players have been speculating about how Dam could play a part in what's next for Warzone, especially with the howling that could be heard in Season 3.

Now players are able to see something moving under the ice itself and it could be related to COD 2020.

What's Under The Dam In Warzone?

Players have been convinced something is under the ice in Dam and many theories speculated that something would happen in the new season.

It's now Season 4 and nothing significant has happened yet. But, in a new Reddit video, players can clearly see a shadow moving.

It can be tough to see at first, but at the 21-second mark, if you look in the top left of the video you can see a very large shadow emerge out of nowhere and begin to move under the ice. 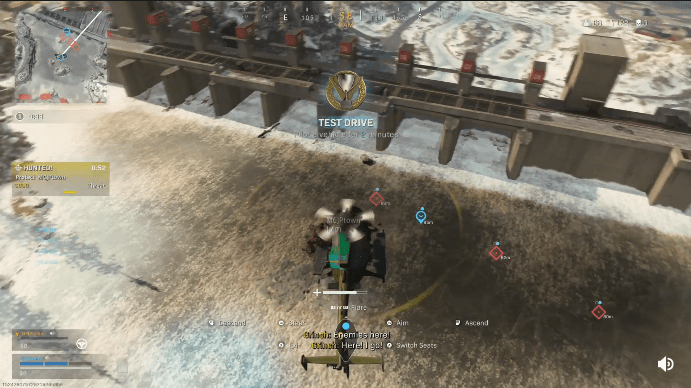 Based on the size and shape, many are speculating that its a submarine. With COD 2020 rumoured to be based on the Cold War and that Warzone will tie into its reveal, this is a plausible theory as submarines were used during the Cold War.

It wasn't until 1960 that Nuclear submarines started to be implemented. With Bunker 11 and Bunker 10 containing a nuke, the two could easily tie int together depending on what dates Black Ops Cold War focuses on.

The theory loses a little bit of credibility as it would be hard to justify why a submarine is up there on a reasonably landlocked island-like Verdansk and how it may get down. But the Submarine may have been built up there and submerged from the Dam.

Depending on the size of the submarine and how much water is held within the Dam, the submarine could be deployed through the river that flows down the centre of the map and into the sea.

Other players are theorising it could be an animal of some sort. While we can use some imagination in a scenario like this, that's probably a stretch too far.

ModernWarzone has debunked this as a texture bug.

Warzone Season 6 'Haunting Of Verdansk' Event: Release Date, Rewards And Everything Else We Know So Far