With Team of the Season coming to an end in FIFA 20 Ultimate Team, many were expecting FUTTIES. to be the next promo event, but Summer Heat has taken its place with some borrowed aspects

Featuring special cards with boosted stats, ranging from fan favourite SBCs, objectives and voted players, there's something for everyone.

Here's all you need to know on the Summer Heat Promo! 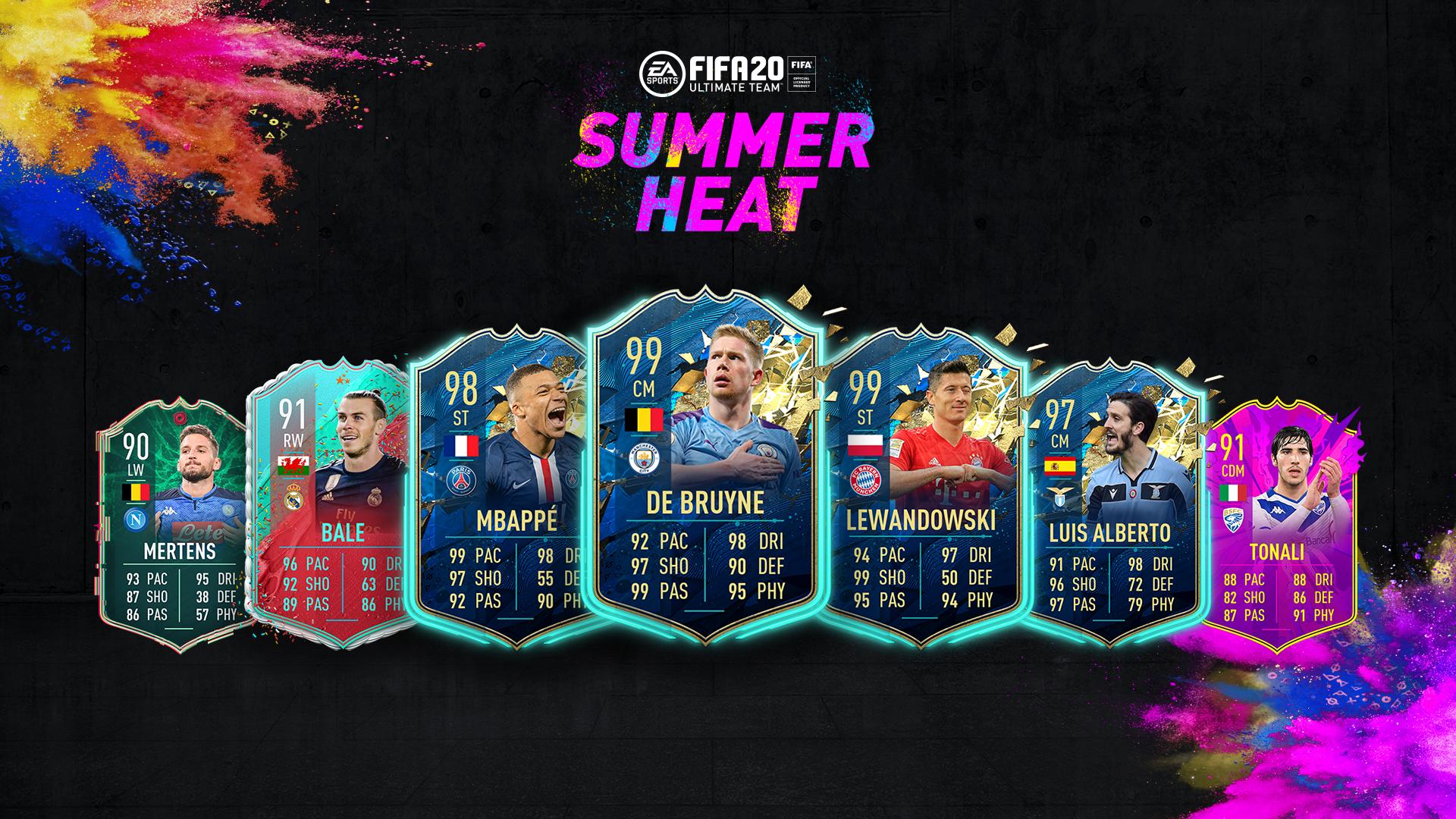 Summer Heat offers players a chance to gain players they may have missed out on previously in the season.

This will include fan favourite SBCs and upgradable objective players.

Dedicated FUT fans will also get login rewards for playing the game as well as a new structure to Weekend League rewards.

We're also getting a voting aspect within the promo, similar to FUTTIES. 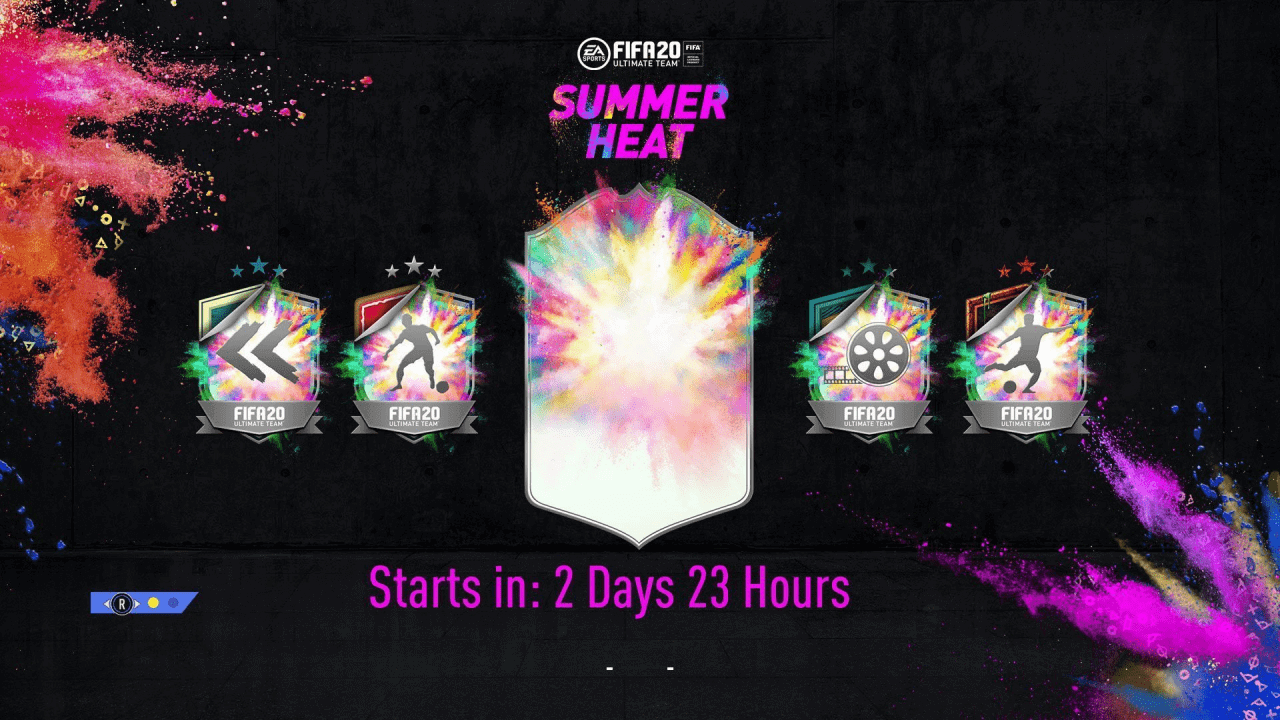 Based on the new loading screen within FUT, it's definitely a new promotional event with two card designs.

Potentially with a featured team and special "moments" cards to celebrate big moments from past seasons - earnable via objectives and SBCs. 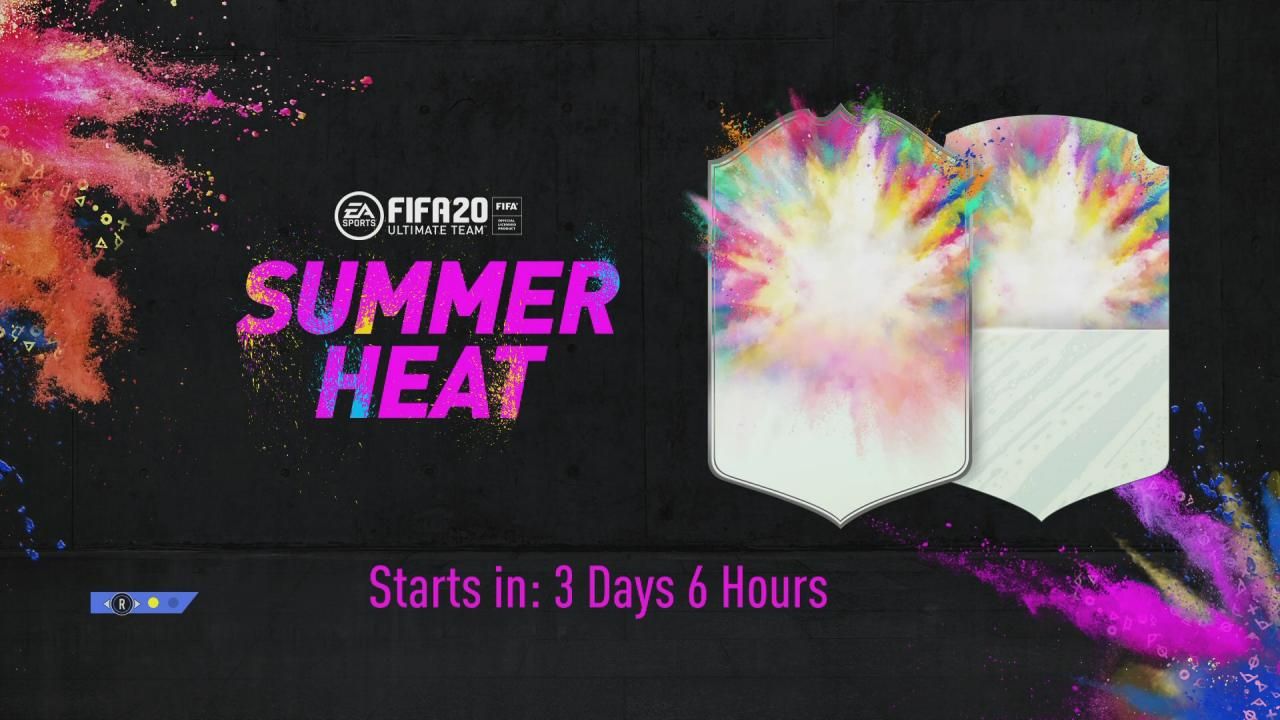 For 24 hours on select days throughout the campaign, players will find a Player Pick pack available in their account upon login. Each Player Pick will showcase loan versions of 3 FUT Summer Heat nominees.

Nominees will include some of the most popular players from the past season of FUT. The player you select will receive your vote.

The FUT Summer Heat Nominee that receives the most votes will be released via Squad Building Challenge as an upgraded Summer Heat Winner item. The two runners up will still receive boosted Summer Heat items as well, but they'll be made available exclusively in FUT Draft.

Each week we'll highlight one real-world football match by releasing a special FUT Summer Heat player item via Squad Building Challenges for one player on each team from the highlighted matchup.

The special Summer Showdown item from the winning side will receive a permanent +3 OVR stats boost. In the event of a draw, both items will receive a +1 OVR boost.

We'll recognize a selection of the best campaign special items from the past year by re-releasing them in FUT 20 packs. Three different times throughout FUT Summer Heat, a new collection of ‘Best of’ Re-released special items will be refreshed. The first group of 'Best of' players will be available beginning 17 June.

Take a look at the players here.

A selection of popular FUT favourites from FUT 20 are coming back in a big way. Select Summer Heat Fan Favourites will see the release of new versions of previously released SBC and Objective special items, now with boosted stats. Those reinvigorated special items will be available via Squad Building Challenges or Objectives.

Throughout Summer Heat, eligible players will have the opportunity to claim reward packs based on their engagement with FUT 20. You'll have the entire duration of Summer Heat to log in to FUT and claim your reward packs if you've qualified to receive them.

Summer Heat kicks off with the following first round of engagement rewards:

There will be two additional opportunities to earn rewards based on how many times you login over the course of the FUT Summer Heat campaign.These rewards will be determined based on how many Session Days you accumulate during the following date ranges:

FIFA 21: Every League And Club In The New Game