Find the best loadouts for the newest SMG to be added into Modern Warfare and Warzone!

Season 4 of Modern Warfare and Warzone is now live across all platforms! Patch 1.22 has bought a wealth of brand-new content to celebrate the launch of the new season, including the return of Scrapyard, the introduction of Captain Price and two brand-new weapons, the CR-56 Amax and the Fennec.

Unlocked at tier 15 of the Season 4 Battle Pass, the Fennec pays homage to the dominant Vector SMG that featured in Call of Duty: Ghosts.

In this article, we take a look at the best attachments, the best class setups and how it slots into an extremely competitive SMG metagame.

The Fennec has one of the fastest rates of fire in the SMG category so it’s important to keep the levels of recoil low in order to hit the target easily.

The fast fire rate also means that you’ll go through ammunition extremely quickly so the 40 round drum mags are certainly worth equipping.

After a bit of time experimenting with a range of different attachment combinations, we have come up with three classes that are perfect for dominating the close-range battle.

This class is ideal for doing anything and everything during a match. 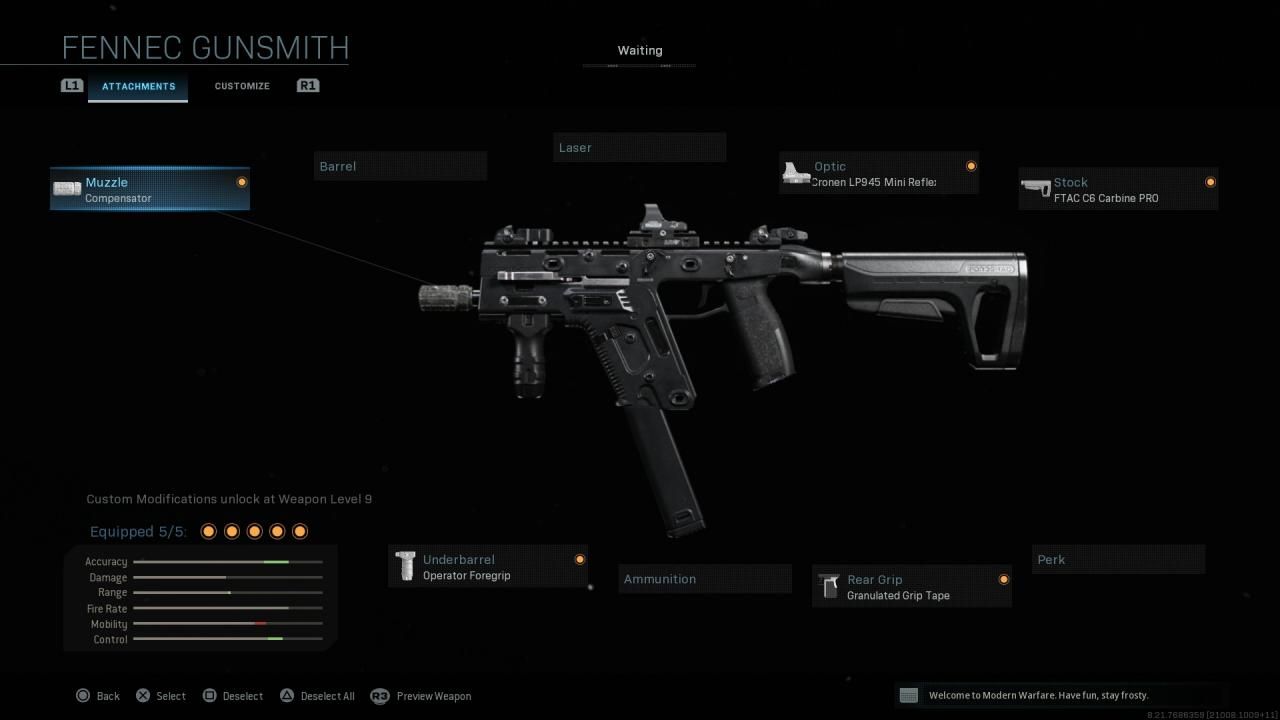 This combination of attachments nullifies the recoil further and increases stability so it can be used at longer ranges. The addition of an optic makes it easy to keep track of any enemies in your sights.

Considering that the Fennec is most effective in close quarters, quick fix begins health regeneration immediately after scoring a kill while capturing and holding objectives increases the regeneration rate further, allowing you to jump straight back into the fight without worrying about the amount of health you possess.

This combination of equipment is perfect for a run and gun style of play. Quickly throw the Semtex into a densely populated area of the map for maximum impact and deploy the smoke in front of your position and charge straight through it to take out any opponents caught off-guard.

The combination of the rapid rate of fire and the lethality of stopping power rounds is perhaps one of the very best in the entire game. The already quick time to kill is reduced to a simple tap of the trigger, perfect to score several kills in quick succession.

This combination of streaks is simple and very effective. Use the personal radar to sniff out any nearby enemies and use both cruise missile and VTOL to deliver a devastating impact when placed in the right area of the map.

Armed with additional damage and more ammo, this class is on par with the likes of the MP5 and the MP7. 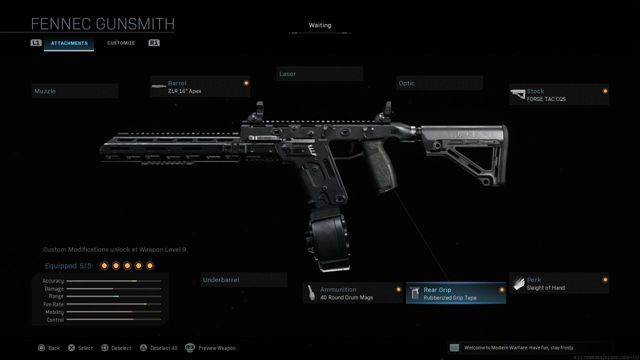 This attachment combination provides a huge increase in ammo capacity, reducing the need for constant reloading while the barrel extends the Fennec’s range enough to be effective in mid-range engagements.

EOD provides increased resistance to any enemy explosives, perfect for those constantly battling it out for control of the objective. Overkill enables you to run a second primary weapon and, in this case, we went for an AR to deal with any opponents too far away for the Fennec to be effective.

Thermite is lethal when used in confined spaces. With little room for the target to move, it all but guarantees an easy kill if the burning doesn’t finish off the kill. The flash grenade is ideal for entering a building, blinding any enemies attempting to hold down the entrance.

This may seem controversial but using a tactical insertion on the larger maps is much faster than spending the majority of the game sprinting towards the action. Just make sure it’s well-hidden or a nasty surprise may await you on the respawn!

This combination is easy to earn if you are in a congested area of the map. Lockdown a specific building or area where you know you can score the kills easily and the Chopper Gunner will be yours in no time at all.

The third and final class may look like something you may see in a toy shop but its looks are certainly deceiving as it shreds through the opposition ridiculously easy. 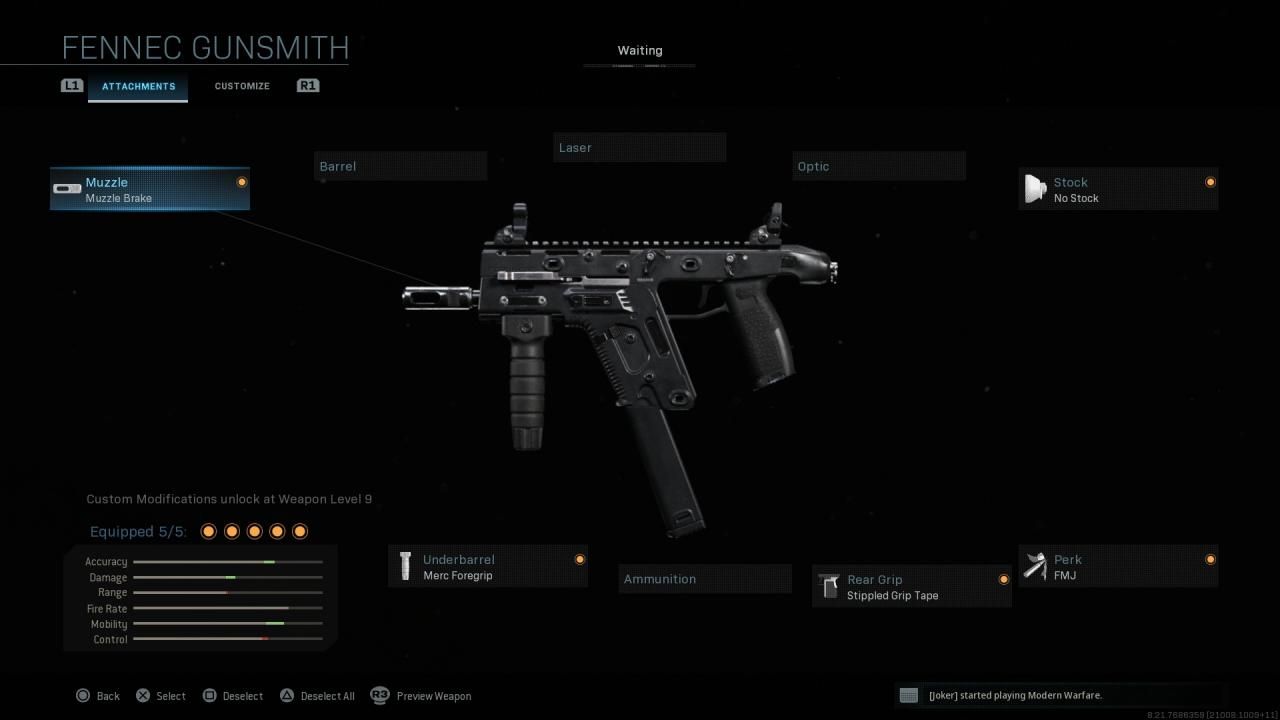 This combination of attachments enables maximum mobility combined with an increase in damage makes this iteration of the Fennec the most dangerous.

Although there’s been a new update, this combination of perks is still the go-to when it comes to playing aggressively.

Double time doubles the length of Tactical Sprint, allowing you to navigate the map faster, ghost keeps you hidden from any UAVs and battle-hardened reduces the effects of enemy tactical equipment, keeping any form of hindrance to a minimum as you fly around the map at breakneck speed.

C4 and its explosive radius make it one of the strongest pieces of lethal equipment to use. Ideal for destroying any ground-based killstreaks and clearing out Hardpoint hills, it’s a lot of fun to use when speeding around the map. Stim is a helpful tool to get you back in the action quickly thanks to its ability to regenerate health almost instantly.

Hurtling around the map and through doors at a million miles an hour is going to attract plenty of attention from the other team.

Equipping Dead Silence as your field upgrade may not shield yourself from the sound of the doors but it makes it easy to traverse the map in total silence, allowing the possibility of flanking the enemy and to pull of an incredible play.

With the Wheelson only requiring seven kills to earn, this combination is easy to secure regardless of how you decide to play the game.

If you’re aggressive, you’re likely to get taken down many times but that won’t prevent you from scoring all three streaks.