XIII is back and hopefully, better than ever.

XIII is an antique of the PS2, Xbox, and Gamecube era - it has loads of fans and many critics too.

So many will be interested to hear that a remake is on the way and will bring back the cult classic.

This year we will see a remake, here's everything we know.

It's based on a comic with the same name, the main character has memory loss.

The defining characteristic the player has is an XIII tattoo on their chest. This is the only clue you have to figure out who you are.

He quickly learns has been accused of killing the President of the USA.

What follows is a levelled campaign, you must fight your way through with an arsenal of weapons while being tracked down by assassins.

The original game was released in 2003, it's been remade and should be coming this year.

Currently, there is only a teaser trailer available, see below.

Bear in mind we are expecting to see a full trailer during the IGN live tonight which starts at 8:30 p.m. which is part of the Summer of Gaming 2020.

Sony's Playstation blog stated they originally planned to release the game on the 13th of November 2019. It has now been pushed back to 2020 to improve the overall quality of the game.

A limited-edition version of the game was listed on Amazon Spain, it says "Este producto saldrá a la venta el 10 de noviembre de 2020." which means "This product will go on sale on November 10, 2020."

Going by the Amazon listing, the pre-order price is currently €49.99 so it should be around that ballpark for other currencies too.

The description also translates to:

Like in 2003 the developers plan to give as many people as possible the opportunity to play.

Previously the game was released on PS2, Xbox, and Gamecube.

The listing mentioned above contains an image displaying Xbox One, PS4 and Switch versions of the game. 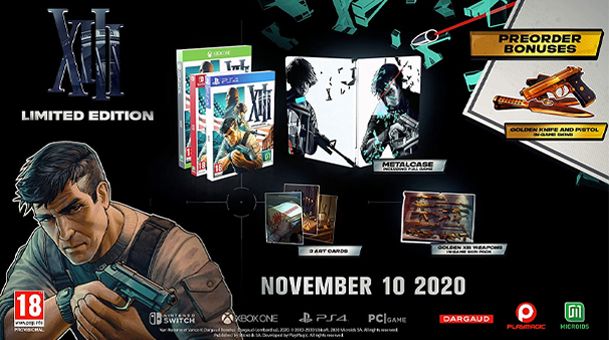