Cyberpunk 2077: Melee Guide And How The System Has Changed Since Demo

Cyberpunk 2077 developers state the melee fighting system was not what they wanted it to be and changes are coming.

Developers at CD Projekt announced the melee system in Cyberpunk 2077 was not up to scratch and will be very different from the E3 demo.

As we're keen to hear more about the game and its mechanics, this is a small but fascinating development.

GameStar made these podcasts only available to premium subscribers and even then if you don't speak German then you won't have much luck.

Moraez goes over many details in his post but one of the focal points mentions the Cyberpunk 2077 melee system.

Many fans were able to see a demo of this in the E3 trailer, although this is not what we will see coming to our screens.

Moraez stated, “The melee fight system shown in the E3 trailer was not nearly where they wanted it, so expect some big improvements there”.

As well as this a designer at CD Projekt, Kyle Rowley, has apparently confirmed that the melee system from The Witcher 3 was planning on being transferred to Cyberpunk 2077.

The melee combat in The Witcher 3 was something that fans really loved and praised the developers for doing so well, so there's no doubt they'll feel the same if implemented into Cyberpunk 2077.

Good news for those of you that love melee playstyles!

In this interview they confirm that there will be a full melee system, meaning if you prefer that playstyle you won't even need a gun.

Another source Neon Arcade says that the new and improved system will include, blocking, parrying and weapons such as Katanas and Mantis Blades.

Below is a preview of the Mantis Blades. 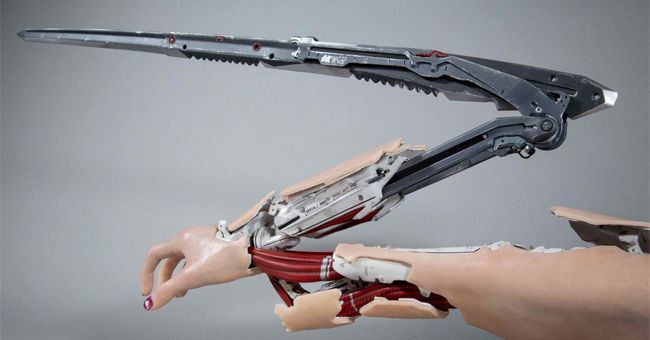