Battlefield 6: Vietnam Weapons We Could See Return In Battlefield 2021

If Battlefield 6 is set in Vietnam, here's the firepower we want to see return.

Battlefield V has received its final add-on content, and attention is beginning to turn to Battlefield 6, the latest instalment in the popular FPS franchise.

Rumours look to be divided between modern combat and a Vietnam setting, and each offers a laundry list of weapons we'd love to see in next-gen.

Here are our favourites from the iconic Vietnam war.

A great all-rounder still used in combat today (and found in most videogames), the AK-47 is a solid choice of assault rifle that was actually developed in the late forties.

With 30 rounds capable of firing at 540 RPM, it's a great starting point for all soldiers.

A semi-automatic rifle from back in 1936 may not be your first thought of the Vietnam war, but the M1 Garand was used in the conflict.

Its slower rate of fire means it rewards precision, but it hits hard enough to be lethal for those mid-range engagements.

A sniper rifle capable of popping heads like watermelons from incredible range, the M21 was used from 1969 all the way through to 1988.

With a ten-round mag and a velocity of 2500 m/s, it hits like a truck and with pinpoint accuracy. 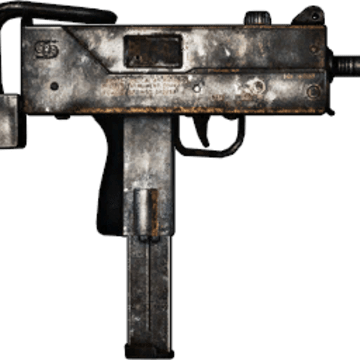 Small but mighty, the MAC-10 is a bullet-hose of sorts - ideal up close, but useless in anything other than short-to-mid-range engagements.

That said, its iconic stylings and chattering sound are perfect for a Vietnam-themed shooter, and it's 900 RPM rate of fire mean it can light up one, two, or possibly three enemies if you get close enough to surprise them.

With the Vietnam war's focus on close-range engagements, you can't go wrong with a pump-action shotgun.

The Model 870 is still used today, such is its pedigree, and it's a bunker clearing soldier's best friend.

A key tool for removing foliage that Vietcong soldiers could be hiding in, the M2 is an iconic weapon for the Vietnam war era - for better or for worse.

In-game, it does devastating damage but gives away your position. It was used until 1978.