How to build a team that wins matches.

If you want to keep getting consistent wins in Warzone, having a perfect loadout kit is essential to winning match-ups against enemy teams.

However, rather than simply choosing the exact same M4A1 loadout from the drop, fine-tuning your team composition can be a great strategy to rack up victories. Here are some tips that will get you started.

One of the key selling points of Warzone and other battle royale games is the variety in combat. For players to rack up solo wins consistently, they must master long-range, mid-range, and close-quarter combat.

As Warzone has a huge variety of guns, imported over from Modern Warfare, no one gun can cover all three ranges perfectly.

In trios and quads, it’s better to have set up your team so you can cover these ranges efficiently while still ensuring each player can hold their own when moving around the map. Here are some roles you’ll want to fill to increase your chance of victory.

Seeing the sniper glint appear in your sights is one of the most terrifying moments in Warzone. Snipers are essential to surviving the mid-game periods of a Warzone match.

As Verdansk is full of tall buildings and hiding spots, snipers camping on rooftops can devastate a team in just a few quick shots. Without your own sniper, this can be incredibly difficult to counter without sneaking up to their rooftop- likely protected by C4 or proximity mines.

By having at least one sniper on your team, you can lay down long-range fire on other snipers that will distract them enough to allow your team to escape to safety behind cover or give them time to get in a better position.

It may be tempting to run a sniper on a ghost class with an RPG, but this would leave your sniper exposed if the rest of the team go down. It’s best to run an Overkill class with an AR as a secondary weapon. 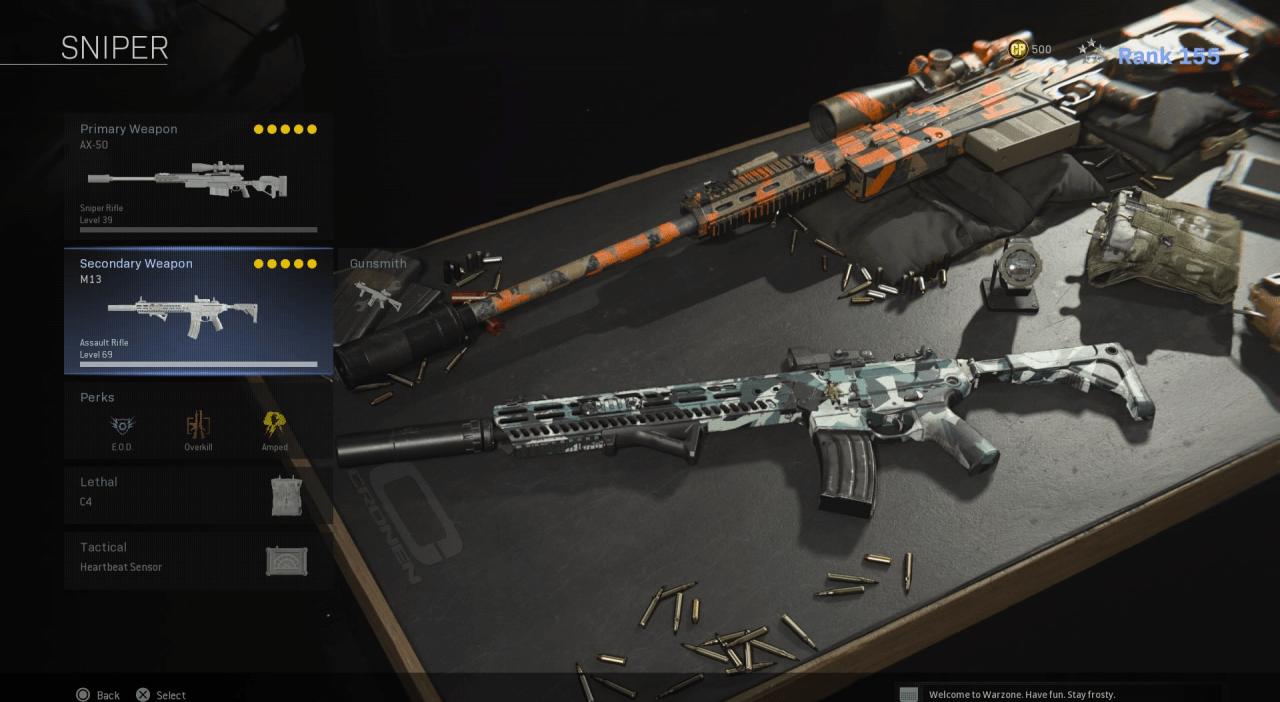 Vehicles are one of the most overpowered tools in Warzone and with only an automatic weapon to hand, can be frustating to counter.

This means it’s essential to have at least one RPG or launcher user on your Warzone team who can destroy an incoming car or helicopter looking to get the jump on you. By running only one RPG user, you can drop all your launcher ammo to ensure they have a good stock of rockets to spam- a pretty scarce form of loot in Warzone.

An RPG user is also good at finishing downed enemies who crawl behind cover, given its insane splash damage. By fully eliminating your opponents this way, you’ll be protecting the rest of your team from the wrath of a vengeful player revived by their teammate.

Again, it's useful for your RPG player to carry a decent AR, which should be no problem since the RPG classed as a secondary weapon despite its great damage output.

Run-and-gun players have been a staple of Call of Duty since its inception, and Warzone is no exception. With many players choosing to camp in buildings, waiting to pounce on clueless enemies, using a close-quarter point man is an excellent way to clear out buildings.

The MP5 or MP7 SMGs are the best options for this type of player, as they will quickly melt any enemies using an assault rifle with the Ghost perk. The Grau 5.56 or M13 makes for a great secondary weapon, giving the close-quarter players a gun they can quickly switch to if they need to reload or engage in long-range fights.

Not Everyone Needs a Heartbeat Sensor

The Heartbeat Sensor is one of the most important pieces of equipment in Modern Warfare, allowing players to see the position of any opponents within a 50m radius, providing they aren’t using the Ghost perk.

A common mistake many Warzone teams make is running this tactical on every player. As you likely want to stay close to your teammates to avoid an ambush, only one or two players need to run the Heartbeat Sensor, so long as they communicate well with the rest of the team.

This frees up a slot for others to use Stun Grenades, a piece of tactical equipment that disorientates enemies and makes it harder for them to react. It’s recommended that your close-quarter SMG user carries these grenades, so they can quickly push and eliminate camping enemies once a player with the heartbeat confirms their position.

Make Use of the Hardline Perk

Originally used in Modern Warfare to reduce the number of kills needed for a killstreak, Hardline reduces the price of armor plates, killstreaks and field upgrades by 25%. If your RPG user does not run Ghost, making them the designated buyer with the Hardline perk will allow you to buy UAVs and armor at a low price. 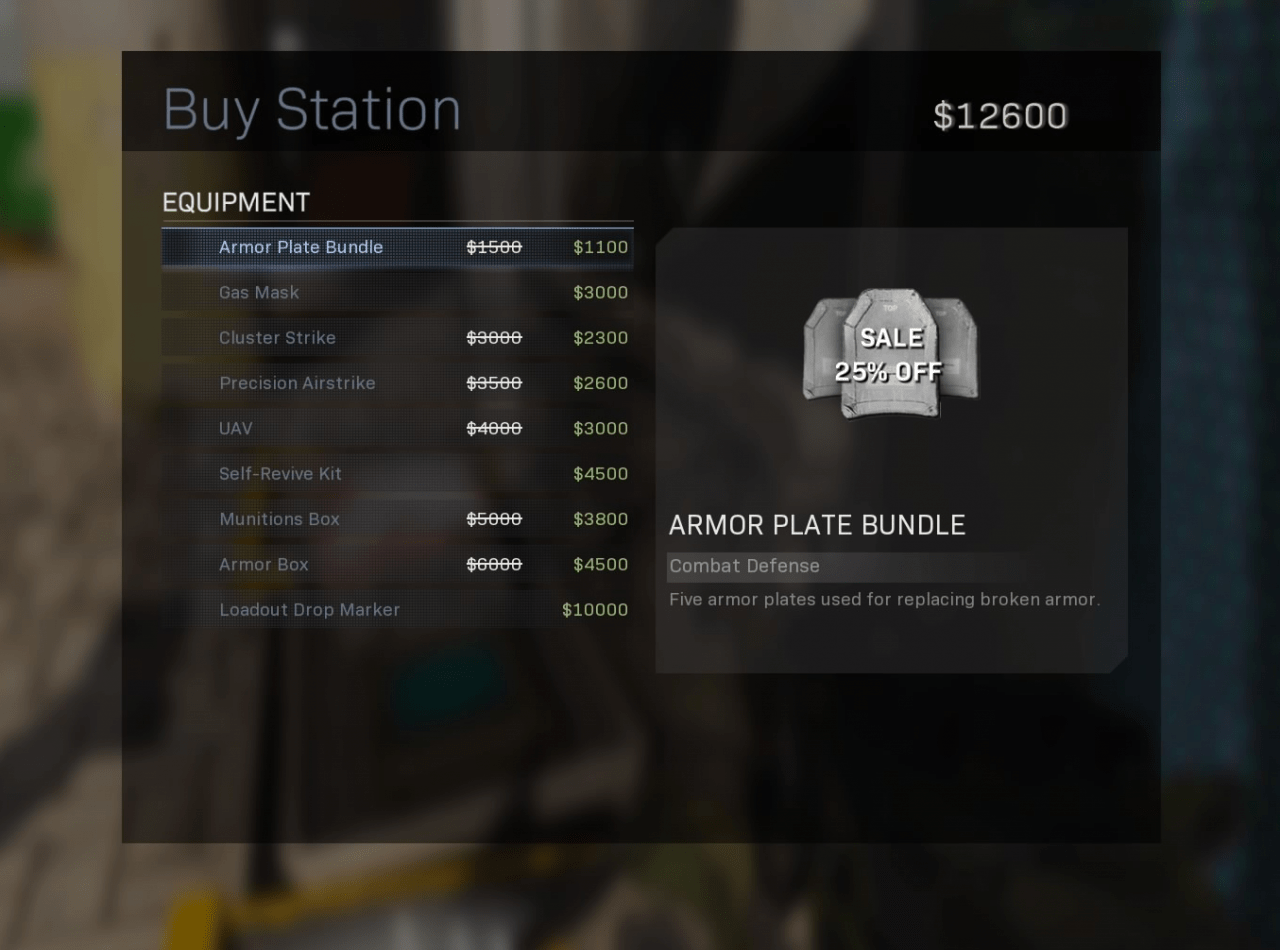 Be Consistent with the Ghost Perk

Once the Gulag closes, a second loadout will drop into the ever-shrinking circle. This is a great opportunity to keep your two existing Overkill guns while also appearing off UAVs and Heartbeat Sensors with the Ghost perk. If your whole team runs this perk when the circle is quite small, you’ll be able to hold down a building without giving away your position.

Use the Fully Loaded Perk Attachment After the Gulag

If your team is coming back from the Gulag and can reach a loadout drop, having a player with a separate class for this scenario can prevent you from running out of ammo if you face off against an enemy team.

The Fully Loaded attachment gives the player full ammo on their chosen gun, and so even having one player with this attachment means they can give teammates a few spare clips of AR ammo if the area has already been looted.