Here's everything you need to know about the next expansion coming to World of Warcraft, Shadowlands.

At Blizzcon 2019, Blizzard announced World of Warcraft: Shadowlands will be the next expansion coming to the game.

Some big changes are coming that are sure to shake the world of Azeroth like squishing the max level, new zones, Death Knight updates and more. Keep reading to find out all about it.

We got a sneak peek into the world of Bastion with an animated short debuted at Gamescom.

As well as this they announced the release date for the 27th of October this year.

WATCH THE ANIMATED SHORT BELOW!

The stream will share information about Blizzard's latest expansion.

You can watch the stream on the Warcraft Twitch channel or World of Warcraft YouTube.

Read below for a bit of backstory leading up to the trailer.

The current expansion is Battle for Azeroth, it's all about the war between the Horde and Alliance which is pretty much causing Azeroth (the main world) to crumble.

In the last expansion, Legion, Sylvanas became the new Warchief of the Horde.

It quickly became clear Sylvanas had ulterior motives - being a good leader to the Horde was not part of her plan.

She became quite evil throughout Battle for Azeroth, and many of the Horde were unhappy, so some chose to revolt against her.

Sylvanas is stripped of her Warchief status and flees to Northrend.

Bolvar is the current Lich King. Arthas became the Lich King in Warcraft 3 to control the undead and create an army to take over the world.

He was defeated by Bolvar Fordragon who took his crown which can control the scourge he created.

Selflessly Bolvar decided to seal himself inside the Frozen Throne, due to this the undead were rendered powerless.

Being the power-hungry banshee that she is, you would think Sylvanas would take the crown for herself to control the soulless army.

Instead, she breaks the Helm of Domination and in turn breaks the barrier that separates the world of the living and that of the dead, this is the Shadowlands.

If you've played World of Warcraft and died, when running back to your body you'll find yourself in a sort of spirit realm. This is the Shadowlands.

Previously the Shadowlands was a sort of waiting area for souls before they would go to other realms that reflected the life they had lived (like karma).

But at the press release, it was announced that something, has disturbed the order and so all souls are ending up in Maw.

The Maw is the worst realm that exists where souls go to suffer forever.

It was revealed at the Gamescom opening night that the wait for Shadowlands won't be much longer.

The launch of the next expansion is on the 27th of October this year.

The Base Edition is £34.99 and it includes a pre-order of World of Warcraft: Shadowlands.

The Heroic Edition is £49.99 and includes all that's in the base edition as well as a level 120 character boost, the Ensorcelled Everwyrm flying mount, and a quest that rewards you with a new transmog set.

Blizzard is squishing the current max level from 120 to 60. All current level 120s will be set back to 50 with 10 levels to explore Shadowlands when it's released.

Every level will reward a player with new skills and abilities.

Many feel WoW's levelling experience has become lacklustre and too much of a grind over the years, so this new levelling system could bring old and new players to the game! 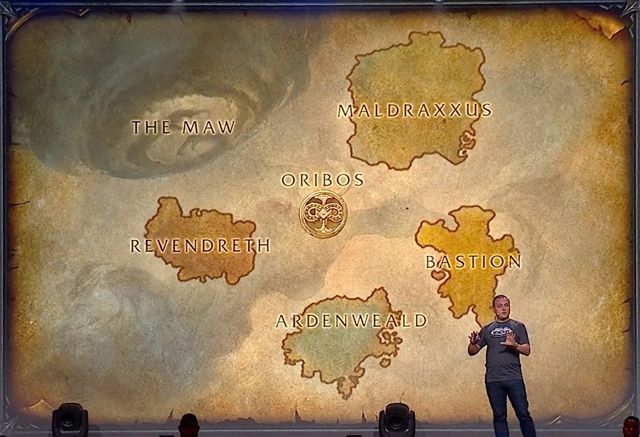 New characters will have the choice to start in Exile's Reach instead of their race's starter area.

Starting here will give players tutorials specific to their class, giving a solid understanding of their abilities and play style.

The area leads up to a final mini-dungeon containing two bosses, here they must prove what they have learnt and defeat them.

This starter zone is meant to give new players or those playing a new class the opportunity to get to grips with the basics. 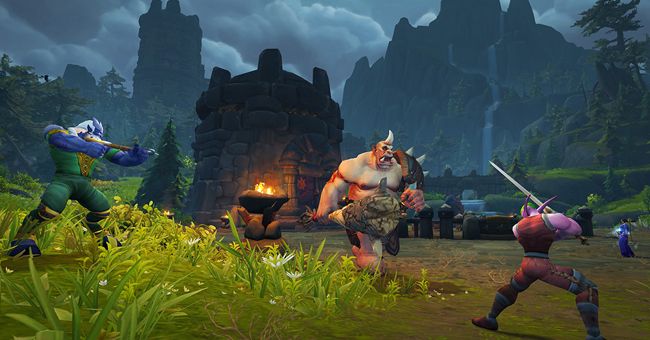 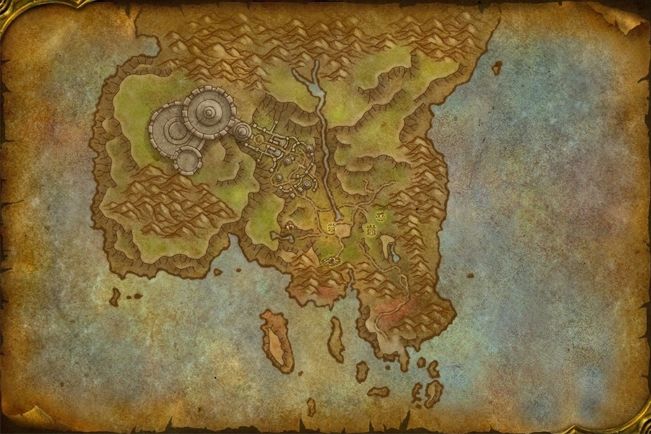 Oribos, also referred to as The Eternal City is a city that goes back further than all recorded history. It is unknown who or what built it.

It serves as a centre for all realms within Shadowlands, connecting them.

Oribos will be the newest capital city and major player hub.

Home to the Arbiter, an age-old being that resides in the centre of this capital.

She judges souls that come to the Shadowlands and based on their life/karma, Arbiter will decide which realm best fits that soul.

Oribos will be the next player hub, similar to that of Stormwind, Ogrimmar, Dalaran and more. 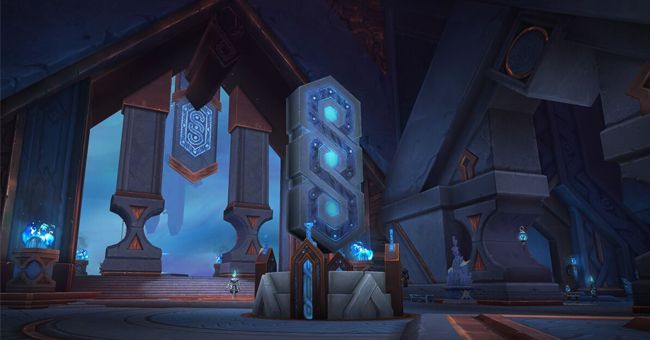 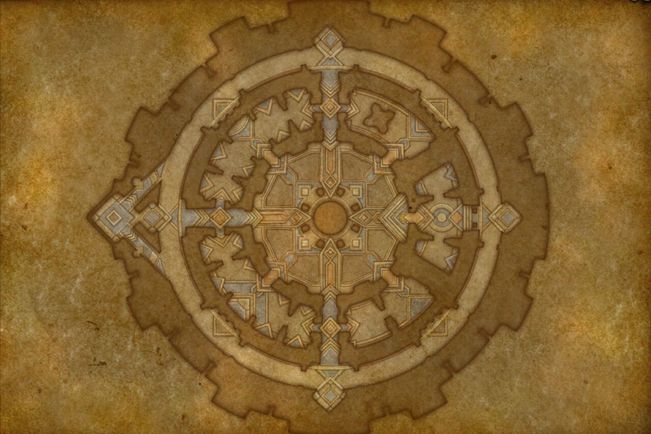 Bastion is ruled by the Kyrian Covenant, those that live here carry a huge responsibility.

They are in charge of supporting and guarding souls as they pass into the Shadowlands.

The angels players see in the graveyard upon death otherwise known as Spirit Healers, are originally Kyrians. 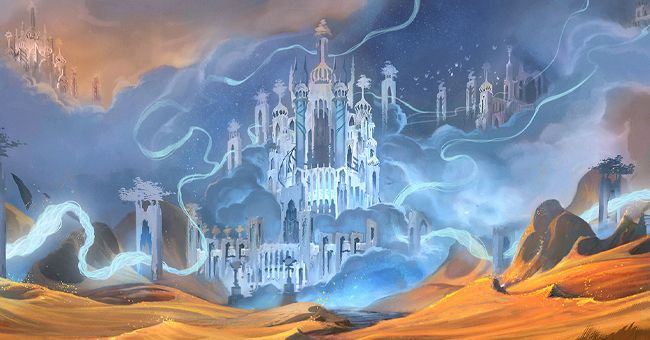 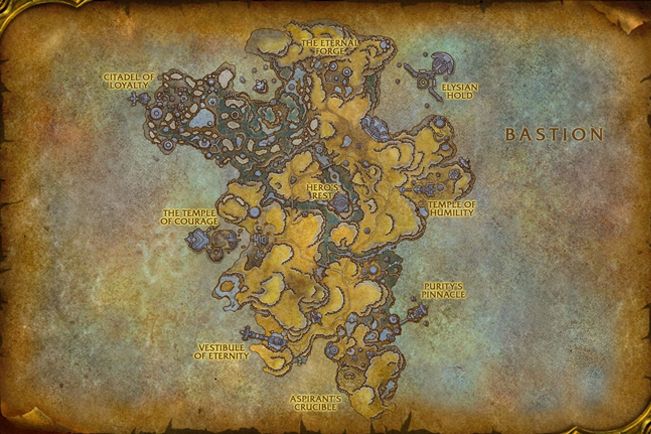 Ardenweald is a forest bursting with life and nature. It is ruled by the Night Fae Covenant.

Ardenweald is thought to be an opposite mirror of Azeroth's Emerald Dream. The Emerald Dream is meant to represent spring and summer, whereas Ardenweald represents autumn and winter.

Souls that are heavily connected to nature are sent here by The Arbiter. 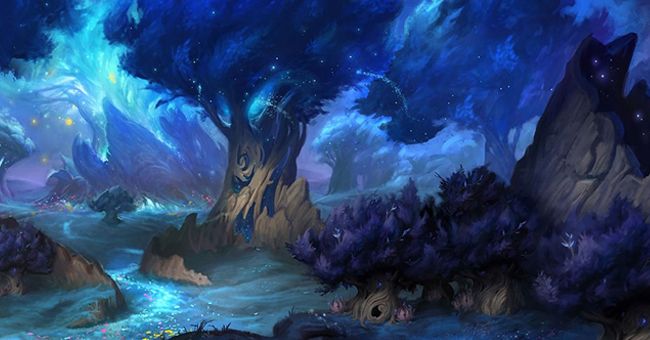 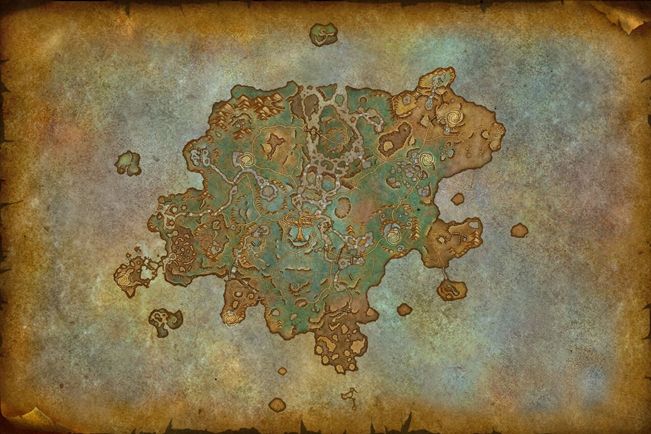 Ruled by the Necrolord Covenant, is Maldraxxus - a realm built on war.

It is the centre of the military force in Shadowlands.

Many who dwell within Maldraxxus are considered evil mutant-like abominations, in reality, they are created to be most effective in war.

Those that are sent here were warriors in life with bravery and resilience.

Souls who prove themselves to be of a higher standard will rise in ranks and be put in positions of power. In contrast, those that are seen as weak are turned in to fuel for Maldraxxus' weapons. 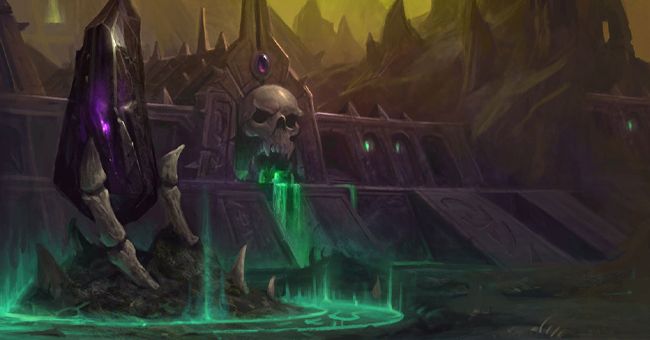 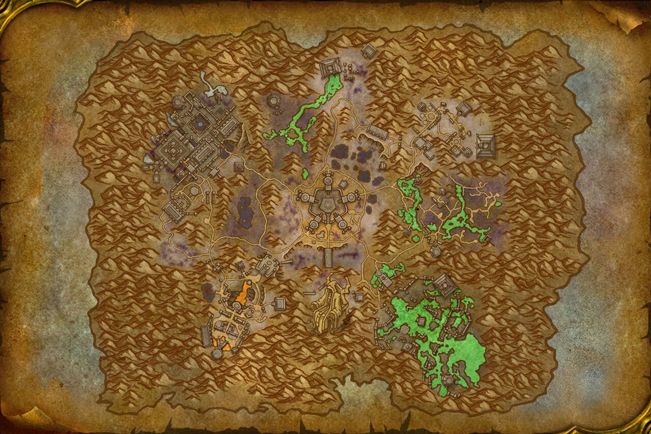 Revendreth is a dark and miserable realm ruled by the Venthyr Covenant.

Souls who end up here were too arrogant or proud in their life to be able to see their own weaknesses - due to this they are not of use anywhere else in the Shadowlands.

As punishment they are tormented in hopes they will be cleansed of their ignorance. 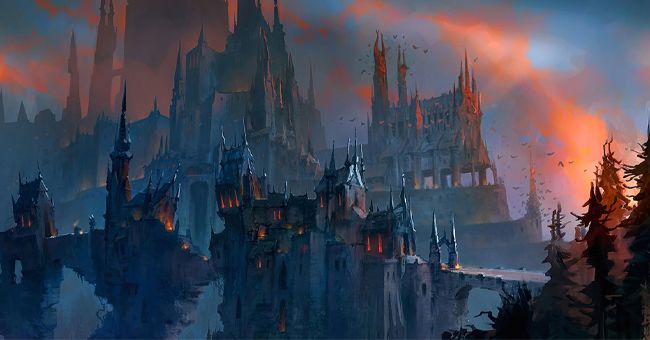 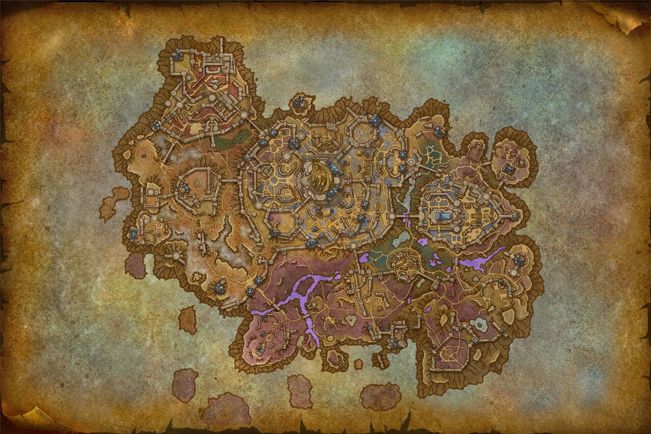 The Maw is a form of hell within the Shadowlands. Those that The Arbiter believes are hopeless and cannot be reformed are sent here.

It is ruled by The Jailer, an evil entity who revels in the pain of others.

As mentioned earlier, something broke in the machine of death and now all souls are being funnelled into the Maw.

Due to this, the Maw has become the most powerful realm leaving others with little to no anima (the essence of souls), which each realm needs to survive.

Sylvanas has formed an alliance with The Jailer in a mission to cause as much agony and death as possible. Every soul that is sent to the Maw supplies them with more power.

When players first enter the Shadowlands they will go straight to the Maw like all other souls but will be saved due to their connection with Azeroth.

They will escape the Maw and head out into the Shadowlands but later must return to save allies still trapped there.

The Maw will be a max-level zone in Shadowlands.

Forthehordee on Youtube has made a video exploring the Maw in the current alpha (they also have more videos exploring other realms), click here to see it. 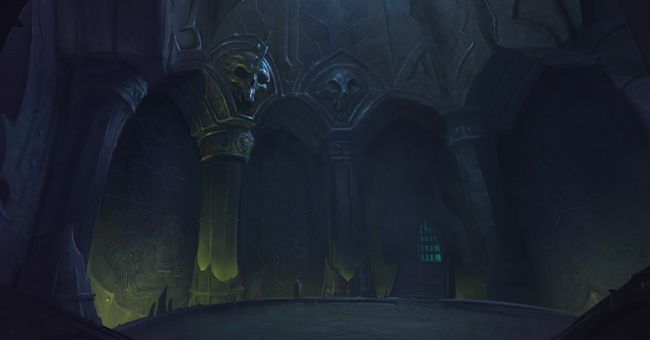 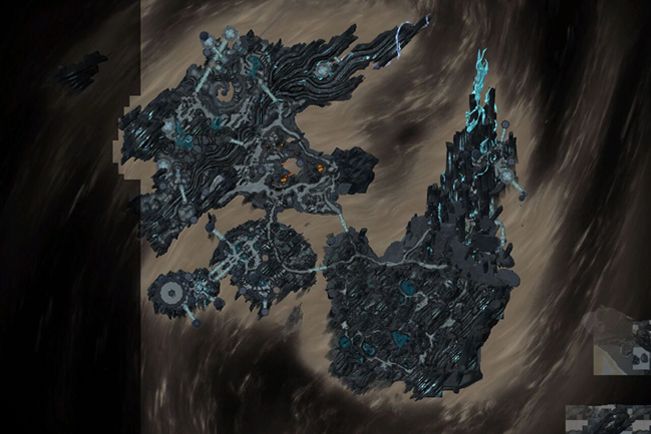 In previous expansions, we have seen eight new dungeons on release, Shadowlands will be the same as well as a new raid.

One of the biggest instalments in the new expansion will be Torghast, Tower of the Damned. An ever-changing and endless dungeon, every instance is different.

Each time a player enters the dungeon there will be new mobs, layouts and challenges. Each successful instance rewards you with abilities and loot which will aid the player in the next run.

The tower resides in the heart of the Maw. Here is where The Jailer stands guard and imprisons his most important souls.

Torghast is also the place you must collect reagents to create customisable legendaries, so take advantage of this. 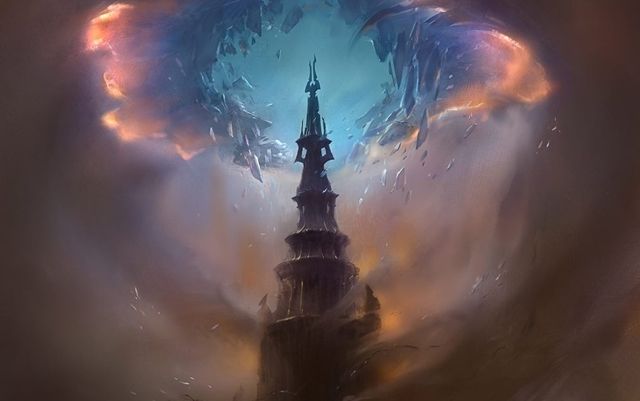 Each zone is controlled by a Covenant. There are 4: the Kyrian, Venthyr, Necrolord or Night Fae.

Through questing in the Shadowlands you'll get to join one of them.

By joining a Covenant you gain class-specific/movement abilities and transmogs all based around the Covenant you choose. 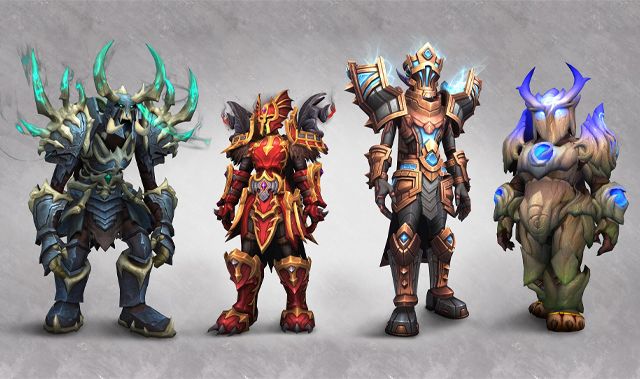 Blizzard have been listening and finally, we will be seeing an update to the character customisation options.

Previously certain races have been very one-sided in terms of ethnicity, the new system will have new skin tones, hair textures and even tattoos to make your character more unique! 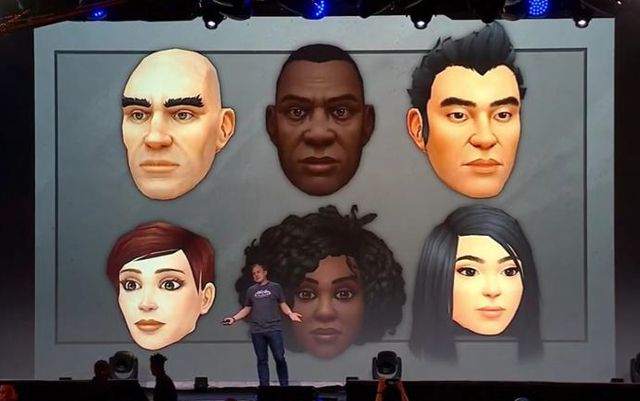 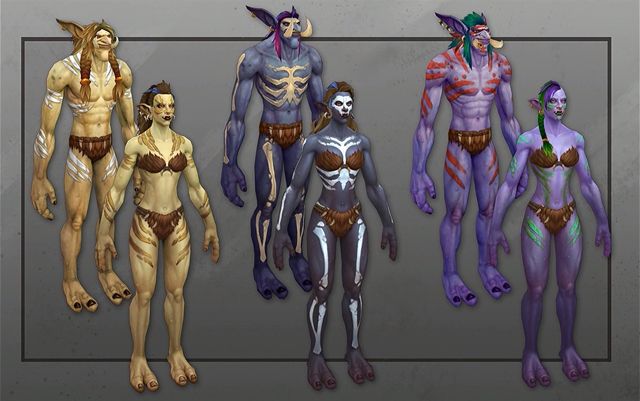 Until now Death Knights were race locked to those that were available when Wrath Of The Lich King was released. 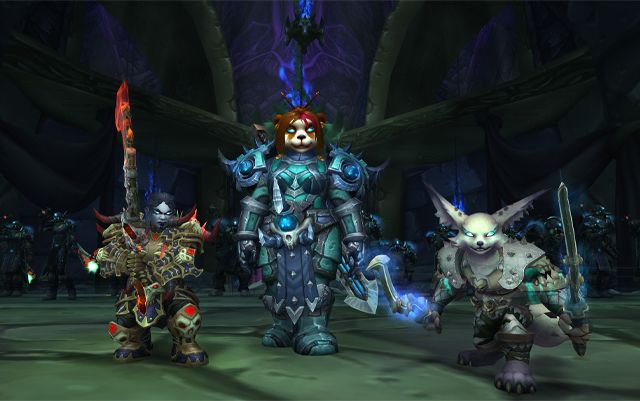