Battlefield 6: Features And Changes It Needs To Stay Relevant

What's needed for Battlefield to mount a challenge on its competitors?

Battlefield 6 will be the next game in the franchise. Unlike other games in the genre, it has stood out thanks to its take on large-scale warfare, big team battles and almost completely destructible environments thanks to DICE’s superb Frostbite engine.

With stiff competition from Activision and Call of Duty, Battlefield has often fallen behind arguably the most successful FPS franchise in history due to lack of new content and inferior gameplay, seeing plenty of players jumping ship to Call of Duty.

So, what does Battlefield need to change in order for it to stay in contention with the likes of Call of Duty?

Stick to What Works

Rather than chase what Call of Duty and other FPS titles have done, Battlefield needs to stick to its guns and revert to a classic sandbox experience that is synonymous with the franchise.

Large-scale open warfare, complete with a huge range of vehicles and a variety of role-specific classes, in order to maintain some form of balance, is something CoD has tried to do with varying results; but were nowhere near what Battlefield brought to the table.

Small team-based games rarely work on a Battlefield game, despite admirable attempts - it isn’t something players want to play.

They want the action-packed pandemonium on a massive Conquest map rather than a congested 6v6 game, something that CoD has refined over several years.

Battlefield has taken a deep dive into various settings, including both World Wars, and creating spin-off games such as Hardline (which went down like a lead balloon).

EA and DICE need to recognise that the only setting that will keep Battlefield relevant, is a return to a modern setting.

Other than Battlefield 1942 and 1943, the franchise has thrived in a modern environment. Enabling the Frostbite engine to be used in full force to create jaw-dropping moments ranging from a small house being turned into rubble from a tank shell or an inner-city skyscraper falling to the earth is exactly what Battlefield needs.

When you have games of such scale, you don't want to be hindered by that eras lack of technology and being forced to stay historically accurate - having some wiggle room to let your imagination run rampant is what separates a good game from a GREAT game.

Players love creating and experiencing these moments and a modern setting with a range of environments is the perfect place for the franchise to mount a new challenge on its competitors. 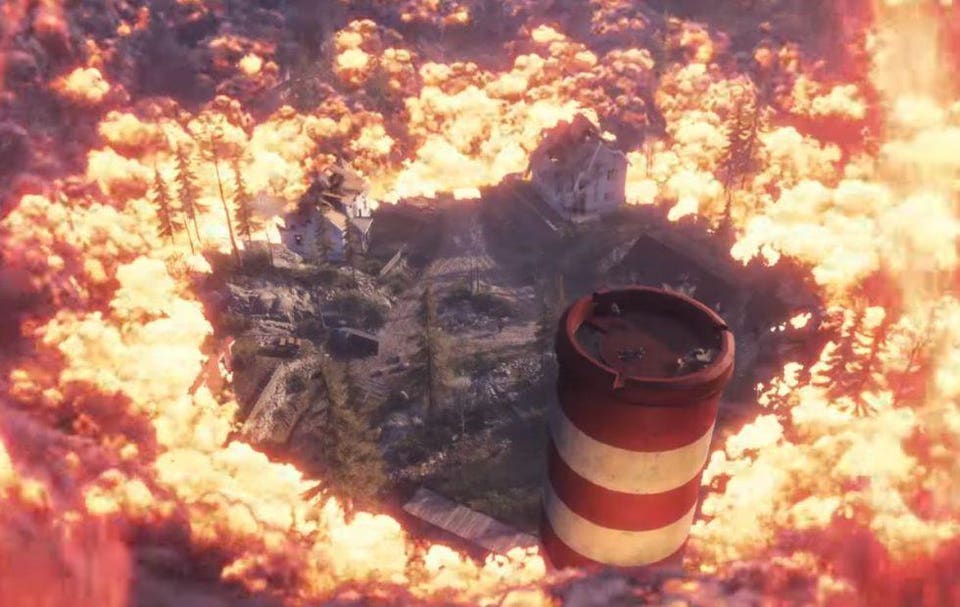 The trend of AAA franchises cashing in on the battle royale market is something that appears to be slowing down after the hugely successful release of Warzone for Call of Duty.

In contrast, when DICE released Firestorm as their attempt on the genre, the reception was nowhere near as well-received as Warzone; just a few short months after its release, DICE almost abandoned supporting the BR.

In order for Battlefield 6 to succeed, full focus NEEDS to be on the Multiplayer, making it the best it can possibly be.