FIFA 20 LATAM TOTS So Far Objectives: How To Unlock Pedro Fuenzalida Team Of The Season Card FAST And Best Players To Use

The LATAM TOTSSF is now live in FUT, here are the Top 3 Players to try out, as well as the new objectives for 92 Fuenzalida!

The Latin America Team of the Season So Far has been released into FIFA 20 Ultimate Team to accompany the Ligue 1 TOTSSF, with an awesome squad of 11 released into packs, as well as a Jose Pedro Fuenzalida Season Objective available to complete.

With 11 new players released into FUT 20 from the Latin America (LATAM) TOTSSF, here are the top 3 players that you should try out! 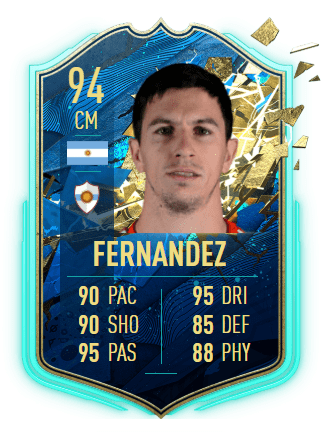 The first in our top 3 players from the Latin America TOTSSF, is actually the first of 3 Argentine’s with Ignacio Fernandez’s 94 rated card.

As a more attack-minded centre midfielder, he looks very well rounded, with 4* Skills and Weak Foot, attacking statistics well into the 90s, and even a solid defensive base, should you wish for him to be more of a defensive playmaker.

His standout stat has to be his 95 Dribbling, which includes 95 Agility, 95 Ball Control and 95 Composure, being very key stats for this stage of FIFA 20. With his 95 Passing also being very key, with 97 Vision, 98 Short Passing and 95 Curve, Fernandez is certainly one to include under the title of Playmaker.

While he can perform some defending duties with mid 80 defensive statistics, he’d be best served either as a more attacking box-to-box midfielder in a 41212 or 4231 (set with the 'Get Forward' instructions) or even as an outright CAM.

If you’re looking for a more defensive midfielder though, definitely throw an Anchor on him, as he’ll receive boosts that effectively make all 6 of his card stats 90 or higher! 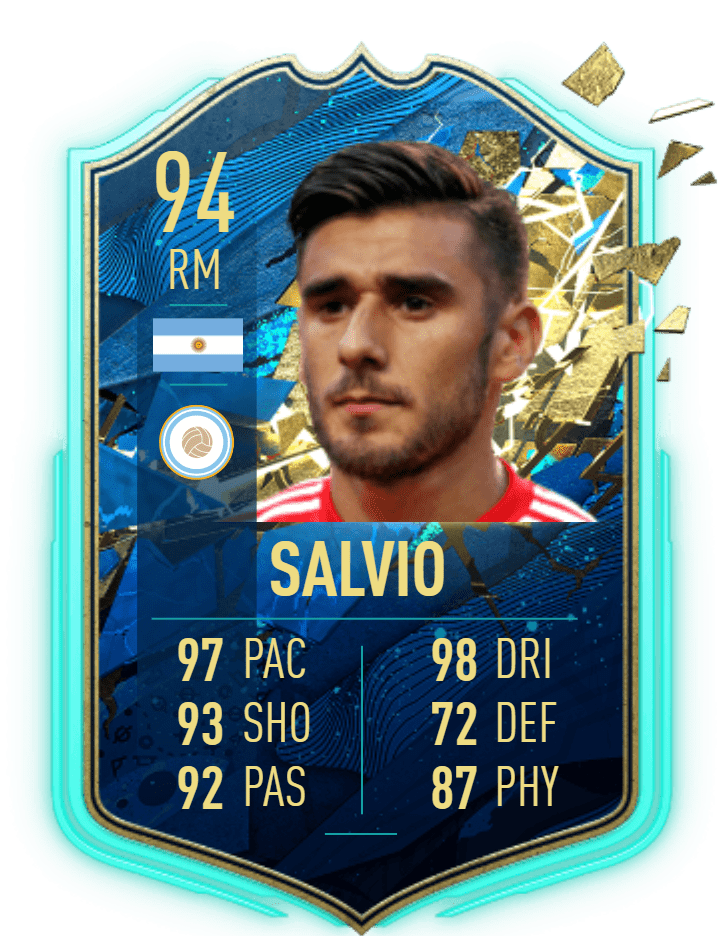 2nd up in our Latin America countdown is the very well rounded winger, Eduardo Salvio, coming in with a massively impressive 94 rated TOTSSF card.

As card stats go, he certainly looks like the real deal, with a lightning-fast 97 Pace, 98 Dribbling combination, solid technical stats for a winger with 93 Shooting and 92 Passing, as well as 87 Physical, which should help against top tier full-backs at this stage of the year.

Delving deeper, Salvio has a near-perfect build for FIFA 20, being 5’8”, with 99 Acceleration, 94 Agility and 92 Balance. This combination of attributes makes him turn even quicker on the ball, burst away from opposition defenders, allowing for greater chance creation even against cramped, packed drop back defences.

With 99 Shot Power, 99 Positioning and 91 Finishing, along with 98 Composure, and a 4* Weak Foot, Salvio should be able to finish most chances he’s presented with, but can also help set up attacks with his dribbling, as mentioned, as well as his 94 Short Passing, 93 Vision and 93 Crossing. 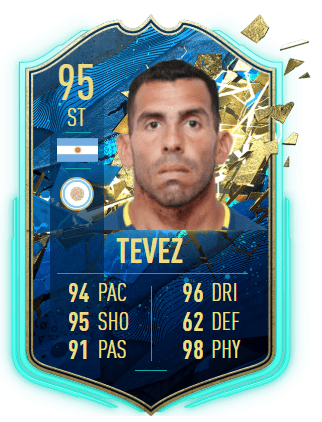 Finally, we couldn’t go through the Latin America Team of the Season So Far without talking about the main man Carlos Tevez, with his 95 rated card, but more importantly, his bulldog-like approach that Martin Tyler so admires.

It’s safe to say that Carlos Tevez yet again looks to be a very desirable card to pick up in FUT, being 5’7”, the same height as the phenom Ben Yedder, with all the stats you look for in a top tier attacker.

His 98 Physical is a key draw, with 99 Strength and 99 Aggression, as you’d expect from a Tevez card, however only having 84 Stamina does mean that he may begin to slow down and become less effective as the game enters the latter stages.

With a Basic chemistry style, he gets all the boosts you’ll need, with +5 Acceleration, +5 Volleys, +5 Agility, +3 Ball Control and Dribbling, and plenty more.

Celebrating his inclusion in the Latin America TOTSSF, Fuenzalida is available in Season Objectives until 6pm on Friday, June 5th.

With multiple objectives to complete in Rivals or Squad Battles, in order to complete this in the quickest time possible, the best idea would be to rock your best team if possible, bringing some players that fit more specific requirements off the bench.