Pro Clubs could be set for a big overhaul in FIFA 21, here are some new features and things we'd love to see added!

Pro Clubs has always been an unsung hero in the FIFA franchise ever since it’s inclusion back in 2010, however, the mode has been somewhat ignored in recent years, with the exponential growth of Ultimate Team.

With a devoted fanbase, Pro Clubs deserves a big overhaul in FIFA 21, with new features, a dedicated ESports platform, as well as potential new revenue streams in the form of a Pro Clubs Pass.

With the popular “Battle Pass” style content becoming an ever-growing revenue stream in many popular games in today’s marketplace, with Call of Duty and Fortnite cashing in on customisation, FIFA could definitely follow suit in Pro Clubs.

A Pro Pass, that includes customisation items for Virtual Pros, including new boots, hairstyles, tattoos and kits, or even stadium customisations such as seat designs, colour schemes, pitch grass designs and stadium themes could all be added and updated throughout the year, allowing users to fully express themselves with their Virtual Pros.

Another big positive to this is that it gives EA a real incentive to overhaul the Pro Clubs mode, with a big potential revenue stream added!

@Cast4wayGamesYT’s concept below shows what this may look like in FIFA 21! 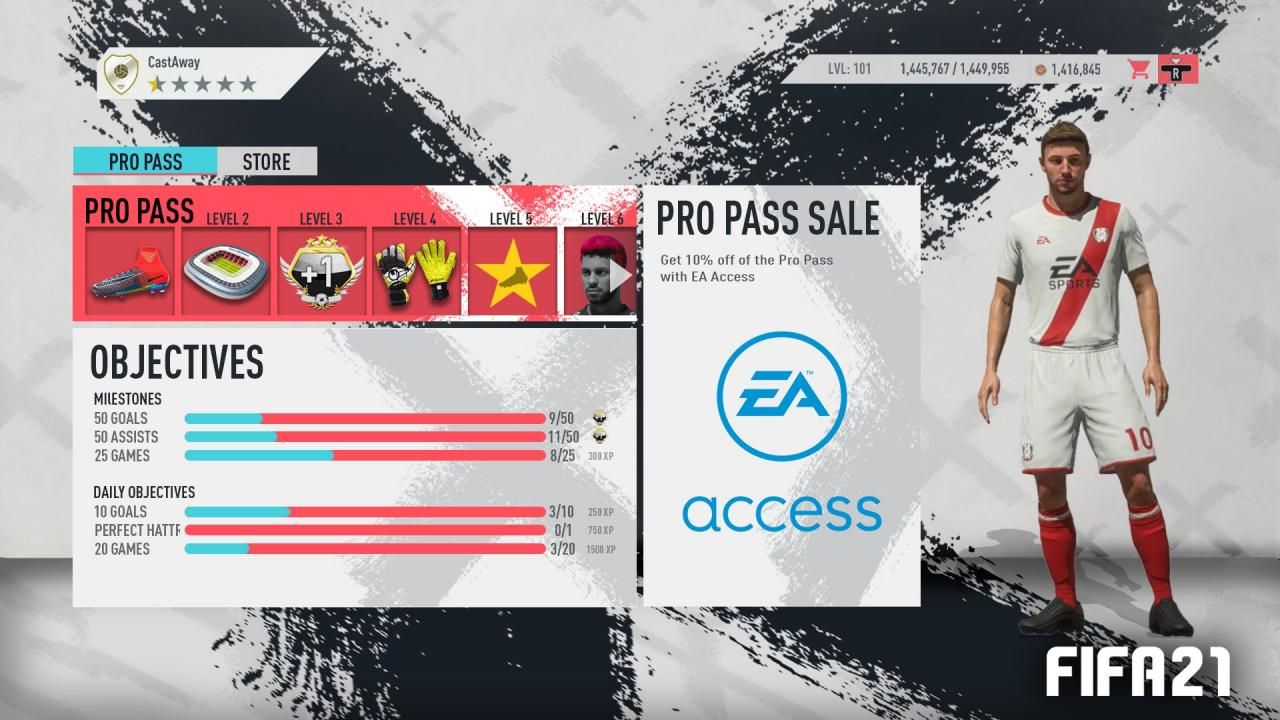 While the new Skill Tree boosts system has been a relatively fresh take on the way players can upgrade and boost their Pros, it has somewhat lacked a little in specific tasks to complete.

This years’ game is heavily based around the total games played in Pro Clubs, to receive Skill Points, which can then be used to purchase stat upgrades. However, these are limited to 110 per player, and once you’ve earned them all after playing 100 games, the boosts are slow and infrequent.

What we’d like to see, is a throwback to the old school Accomplishments system, in addition to the Skill Points system, to give players more specific, gameplay objectives to complete to level their Pros up even further.

“Score from 32 yards or further” to unlock +2 Long Shots, “Beat a player with skill” to unlock +2 Dribbling, these kinds of objectives give players more to do in-game than just focusing on winning, and would add another level to Pro Clubs in FIFA 21. 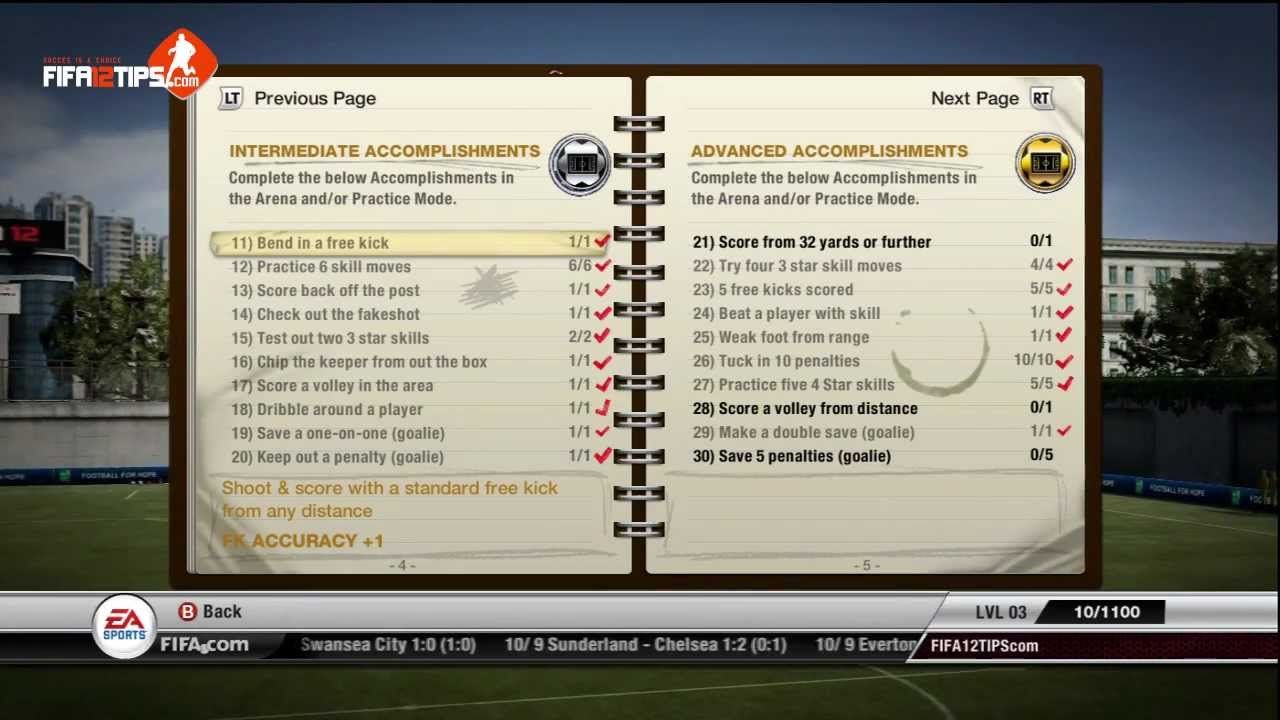 FIFA has seen a major push on the ESports front in recent years, however the main focus has been on Ultimate Team, with the FUT Champions Cup and World Cup. Pro Clubs needs to receive a push also.

Imagine the spectacle of seeing a full, 11v11 Pro Clubs tournament, with teams from around the globe battling it out for the number 1 spot. We’ve seen smaller, independent tournaments run in Portugal on a 11v11 stage, and the potential is massive!

With independently-run sites such as the VFL and VPG offering users the chance to play in competitive, 11v11 leagues, it could be time for EA to step in and take professional Pro Clubs to the next level! 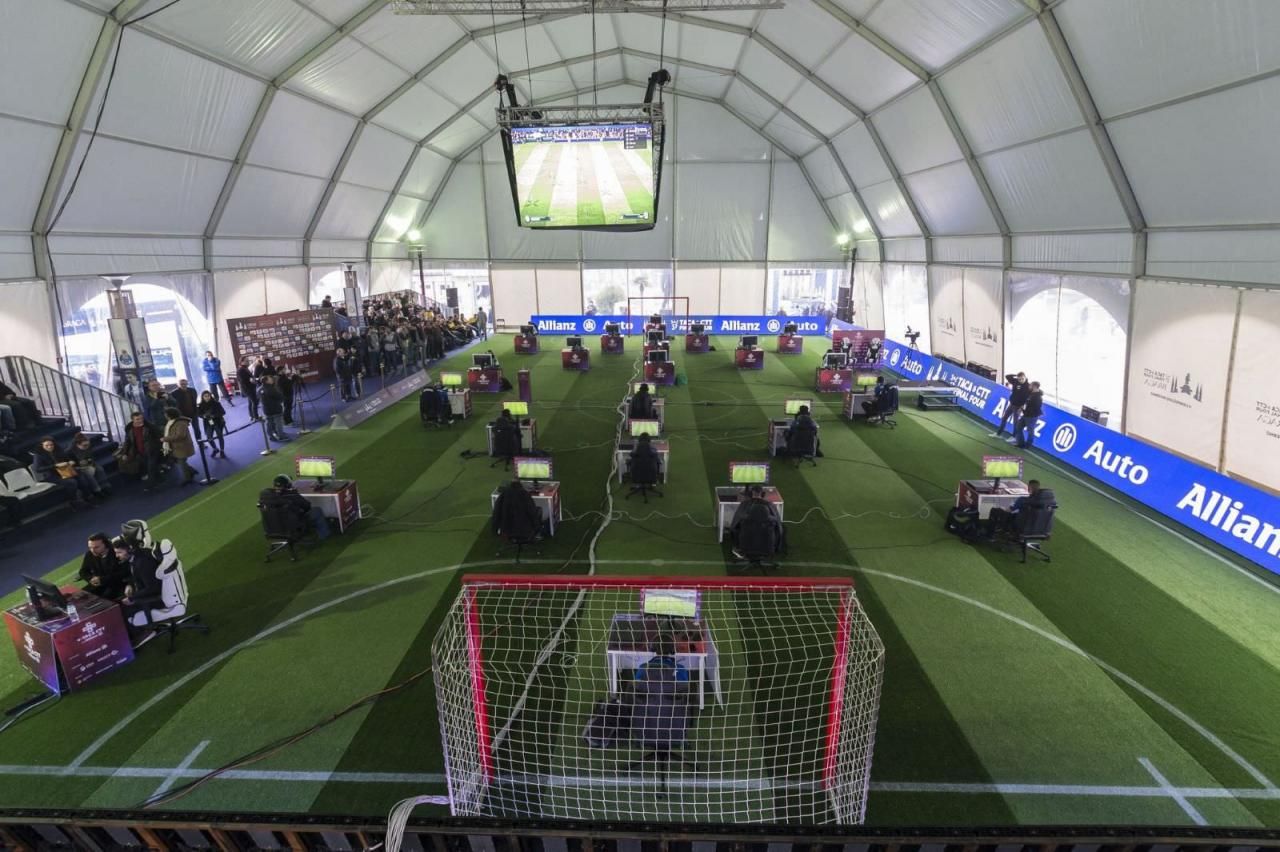 The FIFA 20 Pro Clubs lobby may seem like a perfectly functional area for most, however, we’ve all been there where we’ve been waiting for that last player to jump on before finding a game.

Those waiting times could be made much shorter if there was a big lobby overhaul, allowing players to engage in Skill Game like scenarios while waiting to find a game.

The potential for jumping into a quick Rondo session to practice passing before the final game in Division 1, or a quick crossbar challenge to see who’s got the best right foot. The potential for small additions like this is massive, and would add a whole new dimension to the mode!