FIFA 20 Eredivisie TOTS So Far Objectives: How To Unlock Lisandro Martinez Team Of The Season Cards FAST And The Best Players To Use

Check out how to unlock the Lisandro Martinez TOTS So Far card as fast as possible!

The Eredivisie Team of the Season So Far has been released into FIFA 20 Ultimate Team to accompany the Serie A TOTSSF, with an awesome squad of 11 released into packs, as well as a Lisandro Martinez Season Objective available to complete.

Here is all the information for Lisandro Martinez’s 91 rated TOTSSF Season Objective, as well as the Top 3 Players from the Eredivisie TOTSSF that you need to try out in FUT 20.

With 11 new players released into FUT 20 from the Eredivisie TOTSSF, here are the top 3 players that you should try out! 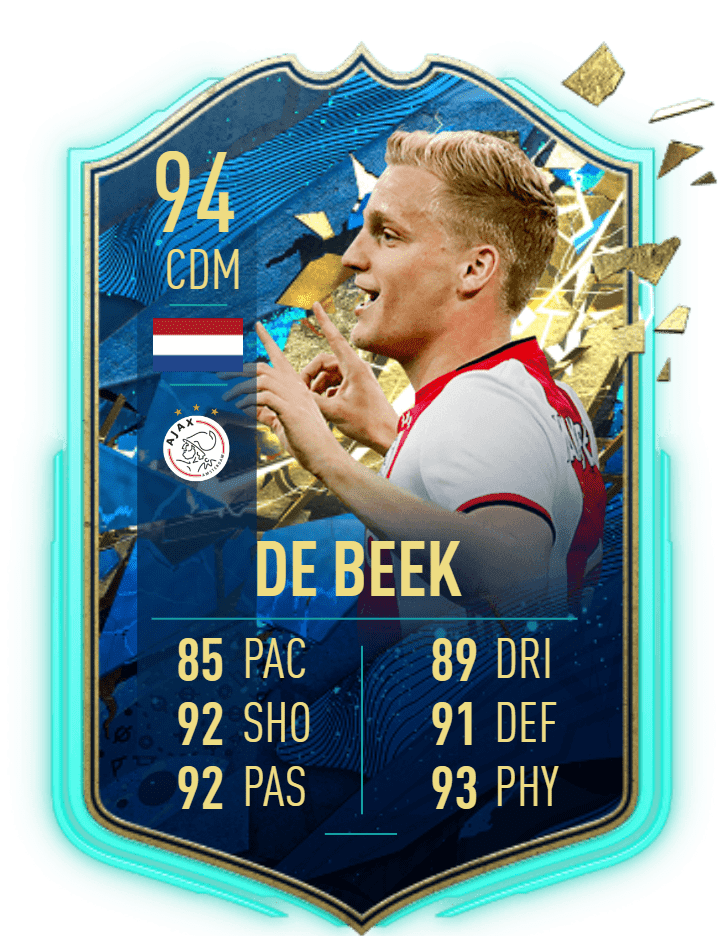 The first player in our Eredivisie TOTSSF selection is the incredible box-to-box midfielder, Donny Van De Beek, who, with 4 card stats rated over 90, looks to be an incredible jack-of-all-trades CDM/CM.

Being in the top 15 midfielders this year for total stats, with 2560 total in-game stats, it’s hard to find a real negative about this card.

With off the chart shooting stats, including 99 Positioning, 96 Shot Power and 92 Long Shots, Passing stats including 99 Short passing and 96 Vision, Defending stats with 94 Interceptions, 91 Defensive Awareness and 92 Standing Tackling, and Physical attributes that are unrivalled with 99 Stamina and 90 Strength, it’s clear to see that Van De Beek is an absolute general in the middle of midfield.

An Engine chemistry style is advised just to boost his agility and balance up a little, but in terms of roles, Van De Beek can play CDM/CM/CAM with relative ease thanks to his well-rounded build.

Next up, is the new Chelsea arrival, Hakim Ziyech, who boasts an impressive final Ajax TOTSSF item.

Being a 5* Skiller, Ziyech attracts a lot of interest from the get-go, but with 99 Passing and 95 Shooting to match, he becomes a proper threat in attacking midfield instead of just a skiller.

With 95 Acceleration, 99 Agility, 90 Balance, 97 Reactions and 96 Ball Control, you can be sure that when pulling off skills in-game, he’ll feel quick and responsive, making it even easier to burst past defenders. His passing stats are up there as some of the best in the game, with 99 Vision, 99 Short Passing, 99 Long Passing and 99 Curve.

It’s advised to apply a Hawk chemistry style onto the Moroccan to help boost his strength a little, as it starts at a relatively low 73 rating. For roles, just a general central attacking midfielder that plays behind the striker, linking up attacking moves with passes and skills would suit Ziyech perfectly. 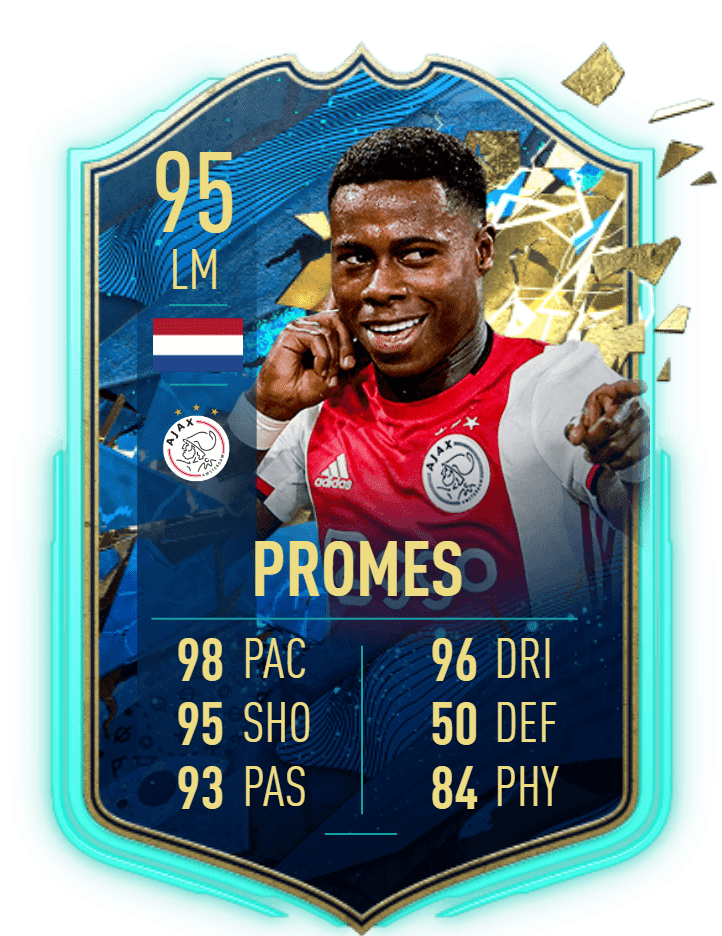 By far the most popular, hotly anticipated card in the Eredivisie TOTSSF has to be Quincy Promes, who with a 95 rated card looks to be up there as one of FUT’s top meta players.

Ever since his OTW SBC was released way back at the start of the year, Promes has been one of the most popular super subs thanks to his pace, skills and agility on the ball. This 95 card takes it to the next level, with 98 Pace, 95 Shooting and 96 Dribbling, with a host of top tier in-game stats to match.

96 Acceleration, 98 Sprint Speed, 99 Agility, 93 Reactions, 94 Ball Control and 98 Dribbling all work well together to ensure that his 5* Skills are slick and silky to use in-game. His 96 Finishing, 98 Shot Power and 95 Long Shots all help make him clinical in-game in attacking areas, and with the addition of 4* Weak Foot, he has the ability to shoot on either foot too, making him an even bigger threat.

Simply put, Promes has all the key stats that make him a top tier threat in FUT 20, with his pace, dribbling, skills, agility and shooting ability all combined into one awesome winger. A Maestro chemistry style would be best for him, to help boost his technical stats further, taking him up to 99 Shot Power, Long Shots, Vision, FK Accuracy, Short Passing, Long Passing, Ball Control and Dribbling.

Celebrating his inclusion in the Eredivisie TOTSSF, Jeremy Mathieu is available in Season Objectives until 6pm on Monday, June 1st.

With multiple objectives to complete in Rivals, in order to complete this in the quickest time possible, the best idea would be to rock your best team if possible, bringing some players that fit more specific requirements off the bench, such as Argentinian Midfielders and/or Eredivisie/Ajax players with minimum 77 Physical.