Call of Duty Warzone Season 4: How To Win The Gulag With Automatic Weapons

The new patch has introduced ten new weapons to the Gulag.

One of the latest updates to Modern Warfare and Warzone implemented some new weapons into the Gulag.

This means players are going to be heading into 1v1's with brand new weapons.

Here's how to get the upper hand over your opponent! The latest patch for Warzone brought in several fully-automatic weapons that can be used in the battles for survival.

One of ten weapons will be randomly selected for players to face off, with the winner getting a second chance and the loser spectating their teammates begging for a chance to be bought back into the game.

Here is a full list of weapons that can be used in the gulag:

Unlike using a pistol or a shotgun, having a sustained rate of fire opens up several new tactics when inside the gulag.

Here are a few handy tips that will have you jumping straight back into Verdansk in no time at all. 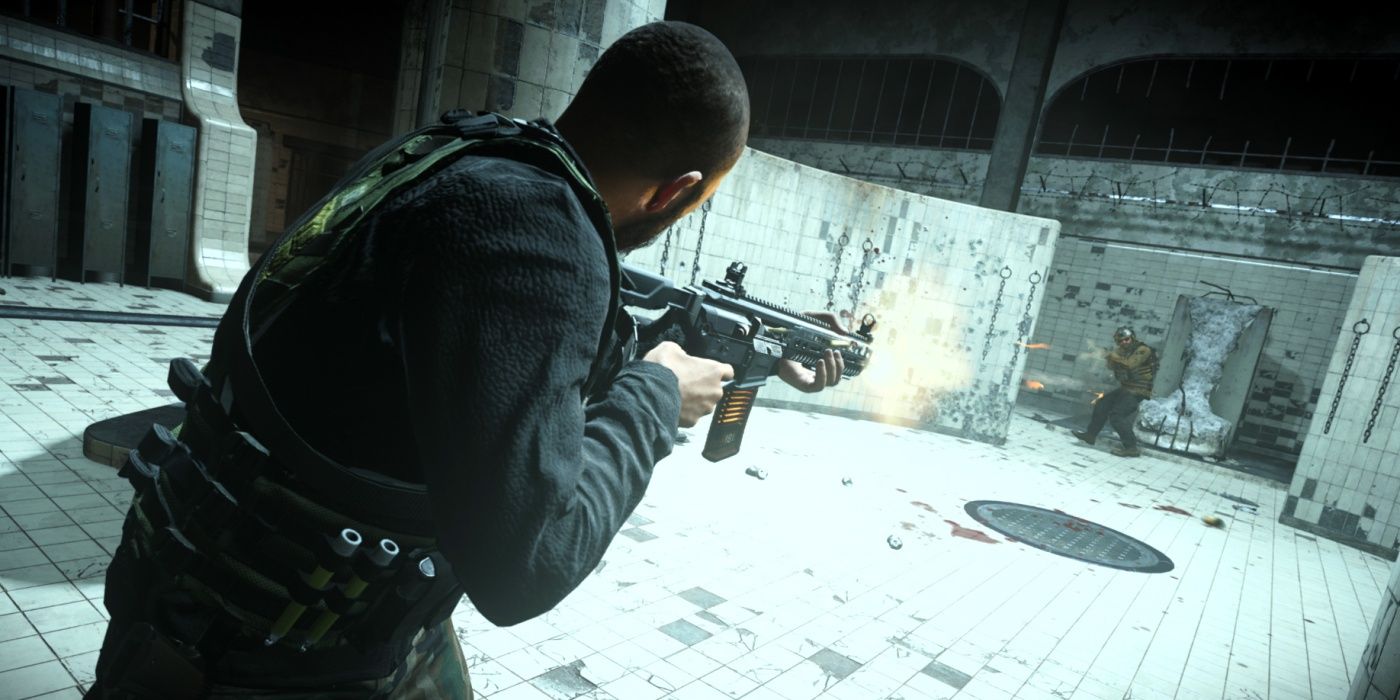 Given the extremely small nature of the gulag, it is very easy to sprint into the centre of the map quickly in order to pin your opponent inside their own base.

This tactic works best when you are armed with an SMG thanks to their mobility enabling you to move quickly into an advantageous position. Aggression can pay off with an AR but there are other strategies that will favour its performance at longer distances.

More often than not, being quick to run out to your left side and look down the centre will result in an easy win. If nothing appears after a couple of seconds, quickly look to your left in case they've already crossed.

If nothing has appeared retreat slightly to give yourself better cover and space between you and your opponent. If you find yourself with one of the four ARs in your hands, opting for a more passive style of play can pay off just as much as being aggressive.

At the beginning of the duel, peek either side of the wall and if you see your opponent. Aim for the head to take them out before they have the chance to react.

Be sure not to stand too close to any walls that a stun or flash grenade can bounce off and obstruct your ability to shoot. Aggressive players will likely follow up this stun and flash or attempt to quickly capture the flag if the game is reaching the later stages.

If you think you end up with a weapon that you’re not the best with, running down the clock can be a smart way to put the pressure onto your opponent.

Once the clock has hit zero, make your move towards the overtime flag to force the hand of your opponent.

With only a few directions where the other player can come from, it should be easy to take the player down and get right back into the action.