Here are some closer looks at some potential new features that could be coming to the menus in FIFA 21 Ultimate Team!

As we begin getting closer to the first look at FIFA 21 at EA Play on June 11th, we’re continuing our looks at what we’d love to see added into FIFA 21, with some menu additions we’d love to see included in the next iteration of FUT.

Something that fans have been wishing for for years in FUT, has been a greater level of stat tracking on their FUT items throughout the year.

Being able to view goals and assists are great, however, there is the possibility to go much deeper, with position themed stats, heat maps, and so much more.

Being able to view clean sheets and total saves on our goalkeepers, passing percentage, tackles and interceptions on our defensive midfielders, and dribbles completed on our wingers would add another level of immersion to FUT, and allow users to fully get to know the qualities of the players in their club. 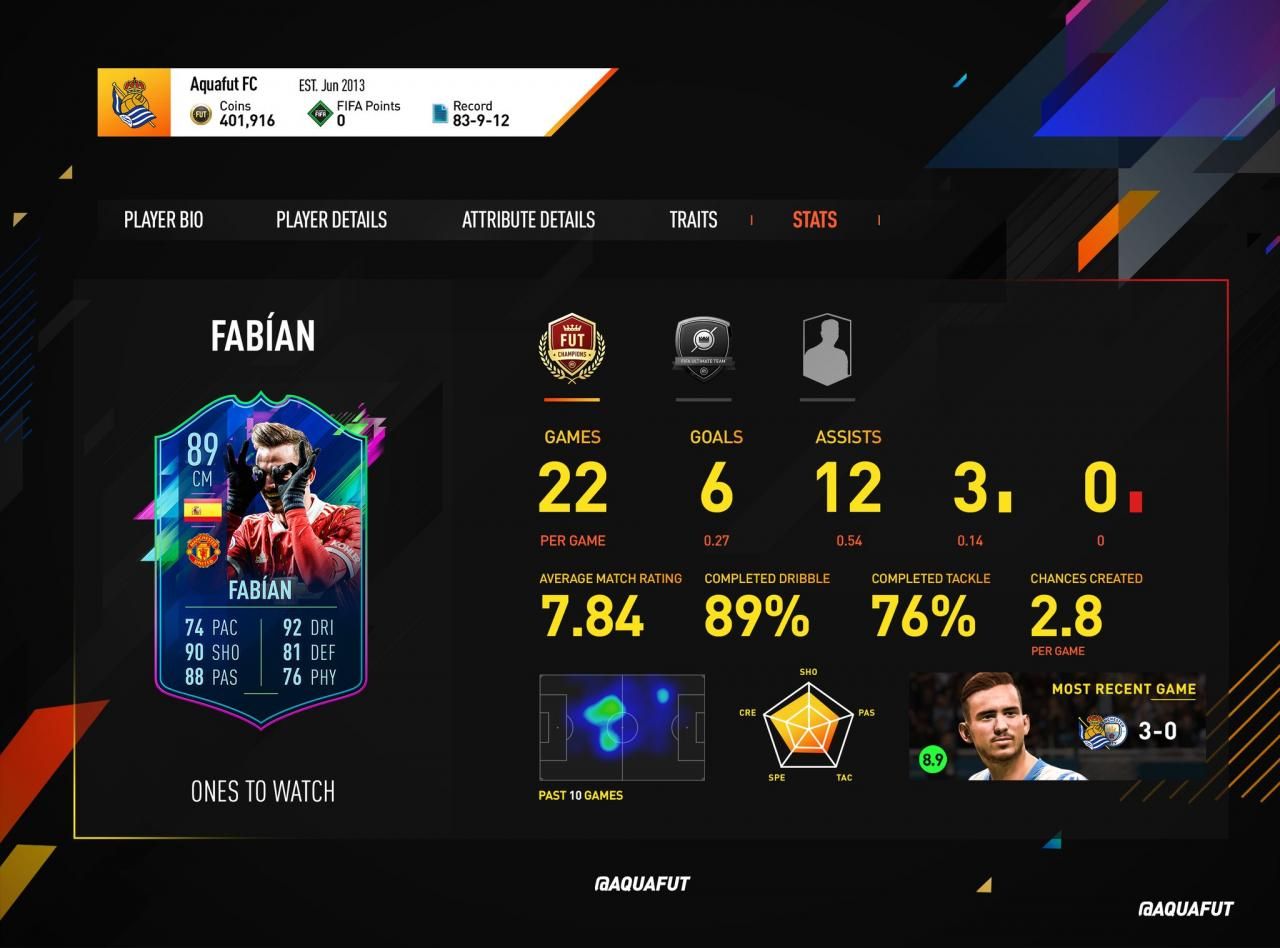 Another heavily underestimated addition that could be included in FUT, is the addition of promo themed menus throughout the year.

The graphic design team at EA Sports is highly talented, with card designs taking a major step up this year, so menu graphics that change to keep up with the ongoing promotions would be a welcome addition.

Imagine having a spooky-themed FUT for Ultimate Scream, a Christmas themed FUTMAS menu, the royal looking Team of the Year look, a party atmosphere for FUT Birthday. The possibilities on this front are endless, and would add to FUT’s menu experience unprecedented amounts!

@FUTeagle’s concept below shows an awesome example for what this could look like in FIFA 21, with a Team of the Season themed menu concept! 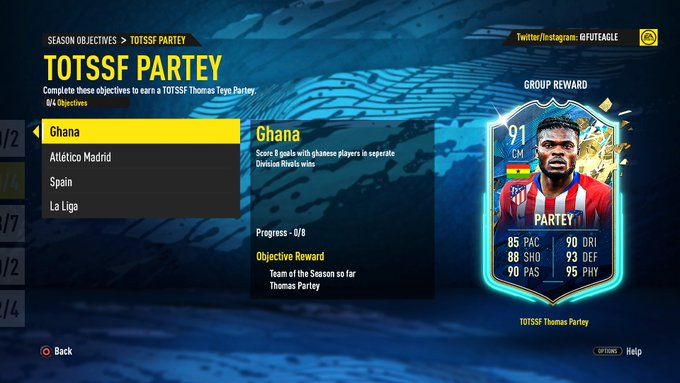 With the amount of SBCs that have been included in FUT this year, the generic tab style SBC layout has become a little clunky to use with so many different SBCs out at any given time.

The player section, for example, is filled with around 15 different League SBCs, as well as around a dozen or so different Player SBCs to complete, and with only 4 showing per page, it can be slightly difficult to navigate.

The transfer market is a real central hub of the FUT menus, with traders utilising it to make millions, with people using it to buy teams, players for SBCs, consumables, club items, everything.

One major improvement that needs to arrive in FUT 21, are wider search filters and parameters so that people can find the cards they’re looking for. Users should be able to filter whether a card is rare or non-rare, which type of special card they’re looking for, or even by rating.

While EA may be reluctant to implement these changes out of fear of helping more people trade (thus reducing the need for FIFA Points), having these additions in the transfer market would lead to a much more streamlined, efficient experience for consumers.