In the latest Modern Warfare update, it appears dedicated servers have been added to private matches

In the latest Modern Warfare update, it appears dedicated servers were temporarily added to private matches.

The 1.21 patch update has brought in a host of new features to Modern Warfare and Warzone.

First reported by @INTELCallofDuty, dedicated Servers were added in the most recent update to Custom Games. However, they were quickly removed from the game. 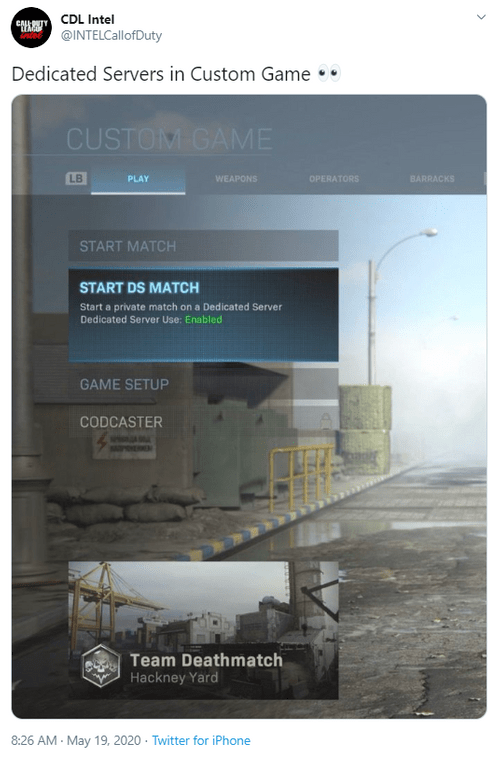 It seems this feature may be coming at a later date. New content has a habit of appearing in-game before its official release, most recently the new Hardhat map.

One user, @eXnoic__ had a chance to test out the servers and found that users not in his game could be heard chatting away.

What this means for the future of Modern Warfare and the CDL is unknown but it will hopefully be a good thing.