The latest entry into the Harvest Moon series is quickly approaching, get up to speed with all the details here!

Nintendo is best known for its core franchise, series such as Mario, Pokemon, and Animal Crossing. One franchise that has been published by Nintendo for nearly two decades now, has been the Harvest Moon franchise.

Harvest Moon: One World is the next title in the series, and we couldn't be more excited to be able to play it this year!

A series that has drawn similarities to the Animal Crossing, Harvest Moon has always been more focused on farming than any other title and it has excelled in this area.

The second Harvest Moon entry onto the Nintendo Switch is making its way to shelves soon, let's take you through everything you need to know!

According to the trailer that dropped recently, Harvest Moon One World will be releasing a little earlier than we expected!

Having initially given a Fall release date, the game is, in fact, coming March 2 2021!

So close we can taste it.

Here's the trailer we've been waiting for:

Harvest Moon One World will only be playable on the Nintendo Switch and PS4! 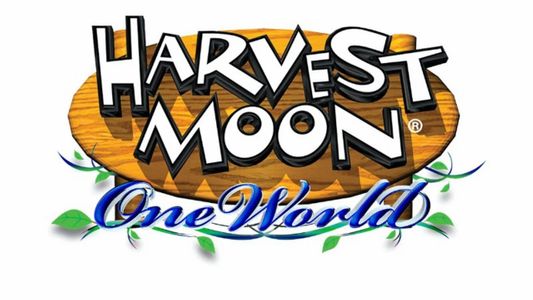 What Is Harvest Moon?

Harvest Moon is a farm simulation role-playing game, that first released in Japan on the SNES in 1996, later arriving in North American in 1997 and Europe in 1998.

The game follows a young man charged with maintaining the farm he inherits from his grandfather.

The primary objective is to restore and maintain a farm that has fallen into disrepair.

One World unfolds in a strange vegetable-less timeline where the general populace lives out their existence blissfully unaware of the power of a good cabbage.

With over 30 unique instalments during its two-decade run, One World will likely benefit from a luxurious overhaul as it arrives for the first time to Nintendo Switch; just as Animal Crossing New Horizons has done.

As posted on the official Nintendo UK listing for Harvest Moon, One World is "features an all-new engine and graphics, creating a brand-new way of exploring Harvest Moon for seasoned players and new generations alike."

What this means for the game is unknown as of now, but we can assume there will be a complete overhaul of the graphics as opposed to the last Harvest Moon entry in 2017.

We manage to catch a little gameplay in the trailer above, for example, we know romancing will return!

Beyond that, it looks like a lot of the classic mechanics will return, but we will also get a new Expand-O-Farm which will let you take your farm with you on your travels.

We'll have to wait a little longer before we learn more but thankfully it isn't that many weeks until the game releases!

Super Smash Bros Ultimate: All Fighters Pass 2 Characters That Should Be Added