Apex Legends Season 5: How To Get Better And Win More Games

Want to get more wins in Apex? Check out some tips and tricks for Season 5 here!

The fifth season of Apex Legends is finally here! It has been a long time coming for Respawn's battle royale, and it feels like yesterday when the game made a surprise release to the gaming world.

Now already on its fifth season, Apex is one of the many battle royals that uses skill-based matchmaking.

Where you will encounter similar players to your skill level, so some players may be feeling they want to improve their skill at the game or they are coming back to the game after quite some time.

Let's take a look at some tips and tricks to improve your game in Apex Legends!

One of the most vital components of any battle royal is knowing the map you are going to be landing on. From having a solid landing spot that you can rely on most of the time, to knowing where players could have the advantage over you when you are roaming around the map.

When you and your team are looking over the map before you jump out of the battleship, a good tip is a plan where you are going to land in relation to the circle. Unless you are confident in a spot that is way outside of the circle, one of the best tactics to get used to is to rotate early.

Getting into this habit will significantly reduce the chances of you getting rotated on from other enemies when you are not ready to fight.

Over time you will become more familiar with the map and that will all but improve your play, knowing some sneaky angles to pin your opponents down from is a great way to improve your game! 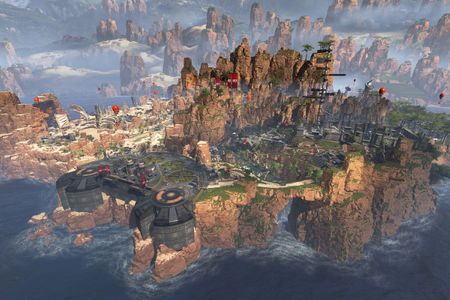 Since Apex Legends is a vastly different battle royal compared to other titles such as Fortnite, there is a large emphasis on aim. Besides the few abilities that you have access to during a match, the only way you are going to eliminate your opponents is by out aiming them.

So, the best way to improve your aim is to use a third party aim trainer such as Aim Lab or Kovack's. Or, Apex Legends features a fantastic in-game shooting range, where you can pick any weapon in the game and get familiar with all the recoil patterns beforehand.

Knowing how most of the weapons work in Apex is going to be beneficial for you long term if you want to improve your aim!

One of the differing factors from other battle royal's and Apex Legends is how fast you can move while in combat. Legends such as Pathfinder and Wraith have abilities that enable them to maneuver fast then most legends, and these abilities can prove as the deciding factor in some gunfights.

With how the recoil works for the majority of weapons in the game, not standing still is one of the best ways to play out your engagements.

Movement such as sliding and staffing can be a great way to duke your opponent out so you can land the most shots on them! 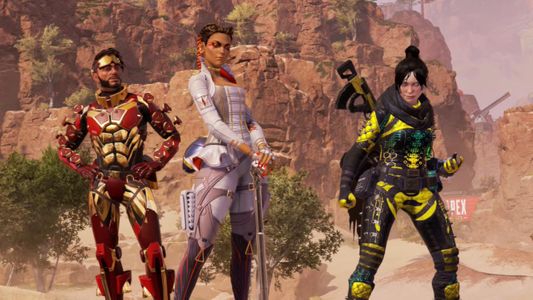 If you are playing Apex with a group of friends, one of the most vital components of any match happens before you even jump onto the map. This when you and your team will pick and choose what Legends you are going to play heading into the game.

Making sure your team composition isn't consistent with any offensive legends is one of the best ways to improve your game. Having a healthy balance of defensive, support and offensive characters will net you some more victories for sure.

Similar to most battle royals, Apex is another one that has varying tiers of weapons that you can find throughout the map. Here's a little refresher on the weapon tiers if you are just coming back to the game!

These are ranked from worse to best!