Ubisoft Forward took place on July 12th and was an overwhelming success.

The presentation didn't disappoint, revealing details on some of the biggest games of the year including Hyper Scape, Assassin's Creed Valhalla and Far Cry 6.

However, news of a new Ubisoft Forward event has been released and it's not too far away.

Below we'll take a look at the latest news surrounding the upcoming Ubisoft Forward event.

As well as this, there's a live blog detailing the previous Ubisoft Forward event's presentation, just in case you need a recap.

The show's over, folks!

That Far Cry 6 cinematic was quite the tease, but no gameplay today. Still, a launch date in less than a year suggests it'll feature in the next Ubisoft Forward which will be later in 2020.

So, no surprises, but if you'll excuse us we're off to play some Hyper Scape and pour one out for Splinter Cell (and yes, we're sad there was no Just Dance).

Yes, it leaked earlier this week, but it wouldn't have been a Ubisoft event without a leak somewhere.

Pretty cool cinematic showing off the game's cast, now into a look at Esposito's dictator character.

Far Cry's villains have long been a key part of the franchise, at least since the third game. Here's hoping El Presidente is a little more memorable than Far Cry 5's Joseph Seed.

Not gonna lie, I love Yves. He's just so chill and laid back.

Ubisoft is talking up the game's authenticity and revamped combat ahead of a gameplay reveal.

Players will be able to raid shoreside settlements, even setting fire to buildings with arrows.

The "largest variety of enemies" awaits, with some teaming up and others using environmental attacks. Luckily, players will have a Viking harpoon and throwing axes. Eivor can dual-wield any weapon, even shields.

Stealth gameplay is back, but you'll also be able to take part in assaults to storm forts. There are also some supernatural elements making a return, based on both Norse mythology and Pagan stories.

The game launches on November 17.

A cool cinematic trailer for Ubi's latest, with definite "Ready Player One" vibes.

Hard to believe it's been five years since Siege debuted, feeling all emotional about how it's grown... but enough of that.

Over 60 million players have jumped in, and Ubi claims "it's just getting started".

Might and Magic: Era of Chaos and Tom Clancy's Elite Squad

Nifty trailers for two Ubisoft mobile games. Elite Squad is coming soon, and might be the only time we play as Sam Fisher anytime soon.

Ubisoft's 2D brawler is coming to iOS and Android, with customisable control schemes and cross-play "with everyone".

It comes to mobile on August 6th.

Kicking things off with a rather unsettling look at near-future London with an action-packed short film from Alberto Mielgo.

Players will be able to recruit NPCs to build their resistance team to fight back against PMC Albion, a company tasked with locking down the city. There's also a dodgy-sounding mob boss called Mary Kelly.

Players can hack "pretty much anything", just like in the previous games, and characters have different weapons. The construction worker shown is able to shoot his nailgun, and call a cargo drone. Meanwhile, the drone expert is able to cause all sorts of remote-controlled chaos.

You can also recruit Albion agents themselves.

In another mission, Mickey the football hooligan drinks himself into a blackout, before things switch to the John Wick style hitman, complete with guns and lots of rolling around.

Good evening ladies and gents, how are we all? Ubisoft's E3 replacement kicks off in just five minutes.

What are you expecting to see? Let me know on Twitter @lloydcoombes, and remember we have our predictions piece here.

We'll be updating this page as the event rolls on, so be sure to stick around!

Just after finishing the recent 'Ubisoft Forward Event', Ubisoft revealed a similar conference will be taking place later this year.

Ubisoft's Yves Guillemot confirmed this event will include gaming news and updates.

The date of the event is around the time a number of Ubisoft's big-name titles are set to release.

This event will likely feature a lot more gameplay elements for titles like Assassin's Creed Valhalla and Watch Dogs: Legion.

It's a perfect time to reinvigorate the excitement for the games before they release.

Let's hope Ubisoft's second conference can live up to the success of it's first.

The second Ubisoft Forward event is set to take place in September 2020.

We haven't been given a specific date as of yet, but we know the event will have a focus on games and updates. 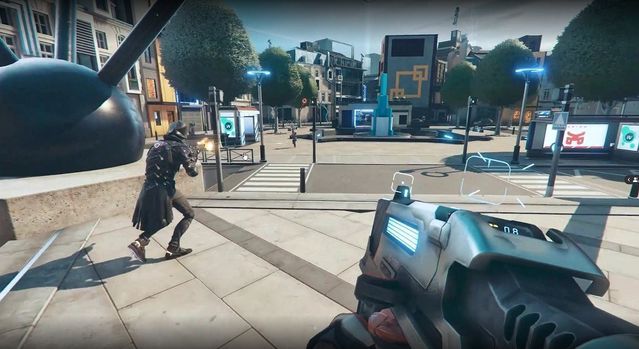 PS5 Dualsense Controller Has Double The Battery Of The DualShock 4