One of the games revealed during the latest Inside Xbox is a hot topic among gamers, let's dive into all we know!

Bright Memory Infinite is a brand new FPS that has been revealed to be arriving on Xbox Series X.

Today was the first official gameplay reveal for the Xbox Series X, the reveal was a showcase of an ample amount of games coming to the Series X this Fall.

We got world premiers of multiple games, one of them was the very first one to be showcased and that of course, was Bright Memory Infinite.

This new hybrid FPS looks promising and fans are looking to get their hands on this next-gen title.

Let's take a look at all we know so far!

Check out the full gameplay reveal that was showcased during the Inside Xbox below!

As of now, Bright Memory Infinite is only going to be releasing on the Xbox Series S, Series X and PC!

What Is Bright Memory Infinite?

Developed by Playism, Bright Memory Infinite is an all-new lightning-fast fusion of the FPS and action genres, created by FYQD-Studio.

Combine a wide variety of skills and abilities to unleash dazzling combo attacks.

Protagonist Shelia is tasked by the Science Research Organization (SRO) for which she works to prevent SAI, a military organization, from acquiring a legendary ancient power that can reawaken the dead.

The game takes place in a "Land of Sky" located above the Arctic consisting of levitating landmasses which are home to ancient creatures.

During its time, it was updated with ray-traced reflections and NVIDIA DLSS for PC and is now being produced into a full-length game.

During the gameplay reveal we got some clips of how the weapons are going to work in the game, as well there is going to be some wall running mechanics in the game.

During the gameplay reveal above, we can also notice that the character was fighting some sort of spartan figure!

Check out the full description of the game according to the official Steam page below! 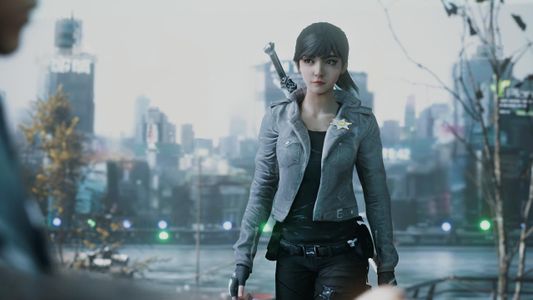 "Bright Memory: Infinite is an all-new lightning-fast fusion of the FPS and action genres, created by FYQD-Studio. Combine a wide variety of skills and abilities to unleash dazzling combo attacks.

Bright Memory: Infinite is set in a sprawling, futuristic metropolis in the year 2036. A strange phenomenon for which scientists can find no explanation has occurred in the skies around the world. The Supernatural Science Research Organization (SRO) has sent agents out to various regions to investigate this phenomenon. It is soon discovered that these strange occurrences are connected to an archaic mystery – an as-of-yet unknown history of two worlds, about to come to light..."

So far, the game does not have a release date or price.

The only location to view it appears to be Steam.