Fortnite has introduced the Party Royale, premiering with top DJs in what promises to be an incredible event.

Fortnite is very quickly becoming something more than a game. While millions of players log on to fight to the death in the battle royale mode, there is much more to the hit game.

After the success of Epic's event with Travis Scott to debut his latest track - including a giant in-game hologram concert - Fortnite is once again hosting a huge event.

The Party Royale is coming soon, and we've got all the info on what's going on, who's playing, and how you can join in, below.

What Is The Party Royale?

Epic is celebrating 350 million players with a spectacular party. To put this into perspective, this is about 5% of the world's population playing Fortnite.

There will be spectacular DJ sets live-streamed in the game, seemingly with giant hologram dancers akin to the Travis Scott concert we saw a couple of weeks ago.

Epic announced in a blog post that participating DJs would include Dillon Francis, Steve Aoki, and Deadmau5.

Read more: Fortnite: Everything You Need To Know About The Travis Scott Astronomical Event 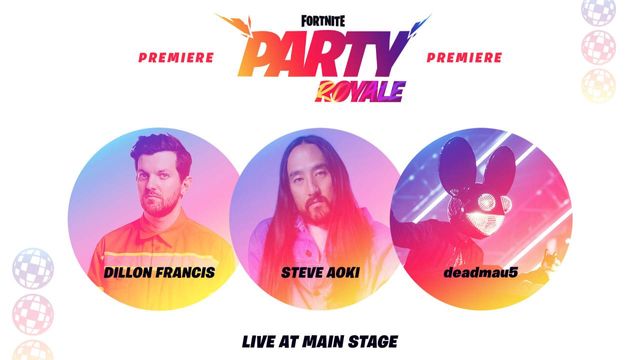 In what is turning into Fortnite's very own Glastonbury, Party Royale will be free to all players. Just hop into your game on 9pm ET May 8th to take part.

This is 2am UK time, so we'll be simulating a real club night if we want to attend. However, everything will be rebroadcast in-game at 2pm ET the next day, a much more reasonable 7pm for us folks.

What Else Is Happening? 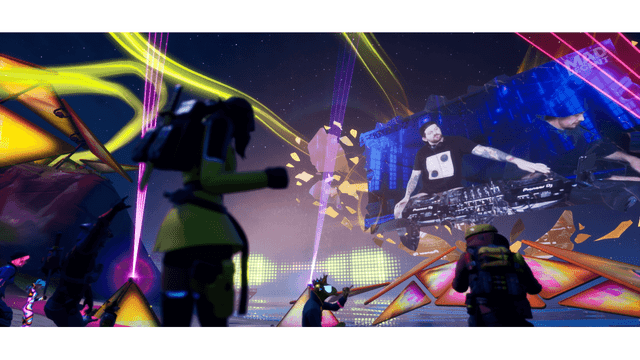 There are no weapons while the Party Royale is happening, but there's plenty of activities if you're not at the main stage.

According to Epic's blog, you'll be able to "take on aerial obstacle courses at Skydive Rift, participate in boat races at Fishsticks’ Boat Race, and grab items at The Plaza such as the new Paint Launcher."