Cyberpunk 2077 was initially set to launch in April 2020, but we still have quite a wait on our hands before the game lands on consoles in September.

We've seen a load of gorgeous Night City-inspired hardware revealed in recent weeks, as well as a few details on the Valentinos and the Tyger Claws.

And now, following news that there could be a gameplay reveal at the IGN Summer of Gaming event in June, fresh details have just been shared on the game's biggest military hardware manufacturer.

Continue reading for all the information we have. 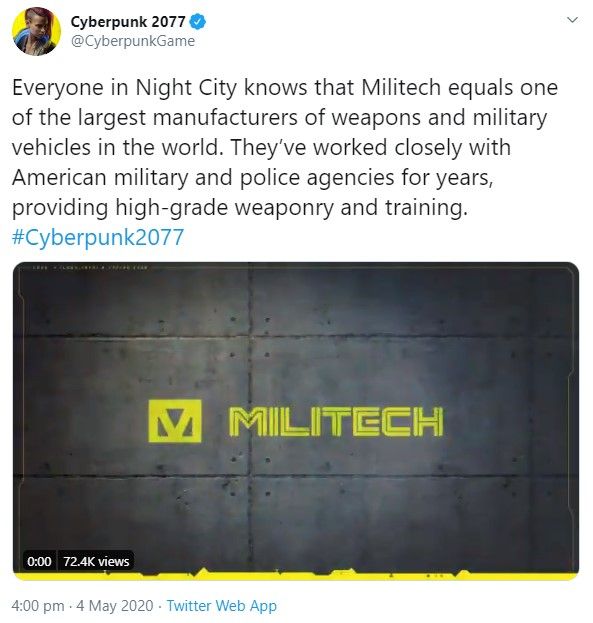 "Everyone in Night City knows that Militech equals one of the largest manufacturers of weapons and military vehicles in the world."

As one of the largest weapons manufacturers in the game, Militech's extensive catalogue is used by hundreds of nations and it's mercenary divisions partake in operations (ranging from assassinations to full-scale military operations). 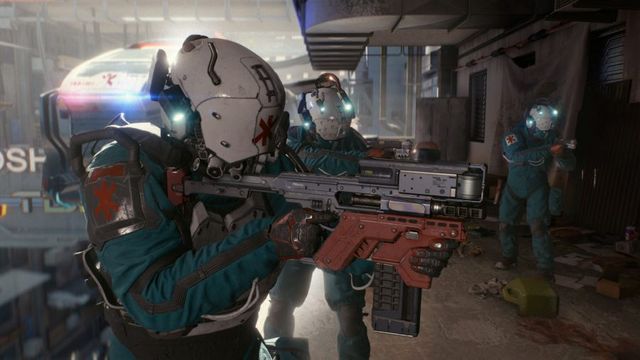 Working closely with police and military forces, Militech is a powerhouse manufacturer of high-grade military technology, but it has contributed substantially to civilian security systems too.

Militech products are sold in varying volumes to eighty-two countries and over 250 corporations, not to mention millions of individuals, groups, gangs and small companies around the world.

Cyberpunk 2077: How Many Endings Are There?