Valorant's roster of heroes could be about to get even bigger.

Valorant is still in its closed beta with a limited roster of Agents, but it looks as though more may have been revealed.

ValorantSource, a Twitter account specialising in Valorant news and leaks, tweeted an image that has "been found within the VALORANT files".

It shows two new characters, both suspected to be previously leaked characters "Bombshell" and "Vampire" (also known as Sabine).

Both of those agents have had their abilities leaked in recent weeks, suggesting that they may have been intended to be added to the closed beta in the weeks to come. 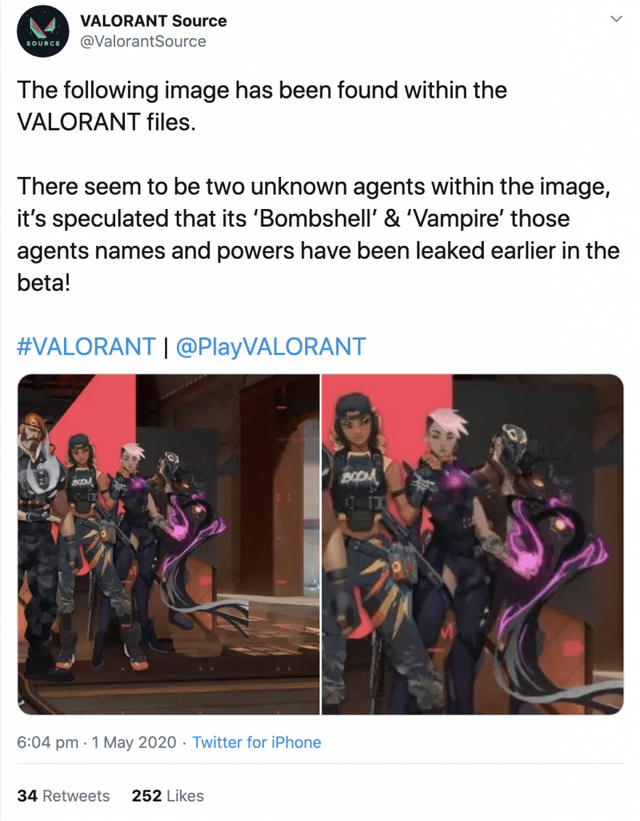