We were treated to a bunch of new teasers for Apex Legends Season 5 over the weekend, so we've rounded them all up to work out what they could mean.

Apex Legends Season 5 is just around the corner, and Respawn Entertainment is teasing plenty over on their Twitter account.

However, we've also found the coolest teaser yet in-game, involving new character for Season 5 Loba, and a hidden Vault.

EA and Respawn Entertainment are knocking it out of the park with these teasers, and we've tried to work out what it all means.

Even if we're wrong, we've only got a week until Season 5 kicks off and we know for sure! 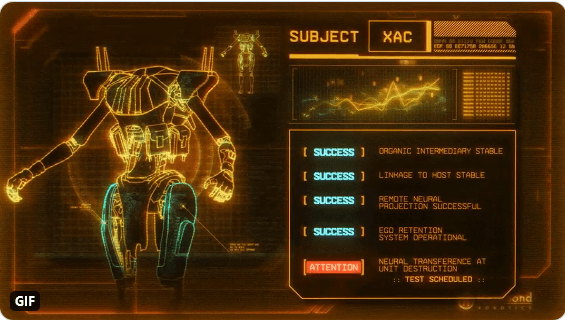 Teased and tweeted on May 1, Subject XAC appears to be a Simulacrum, which you'll be familiar with if you played Titanfall 2, or paid attention to the other teasers. Here's the tweet:

What's most interesting are the tests on the right side of the screen. Project 617, and more specifically Subject XAC, has undergone a series of tests to check everything is working in its robotic skeleton.

"Organic intermediary stable" suggests that something organic is implanted into the Simulacrum. Perhaps a brain - or a consciousness?

"Linkage to host stable" suggests that the host is somewhere else, but the two are linked. Maybe the brain, or mind, successfully connected to the limbs?

"Remote neural projection stable" must also have something to do with the brain - neurons and all that.

"Ego retention system operational" will presumably refer to the host's - or brain's - memories, and knowledge of themselves.

"Neural transference at unit destruction" is labelled as needing attention, with a test scheduled. This sounds a lot like Revenant's Ultimate Ability, where he can respawn at a previously designated location with his mind intact.

However, it may also refer to the wider mechanic of players being able to respawn into the arena if their teammates collect their banner. We think Revenant is more likely, but it's clear something is being hidden in King's Canyon or World's Edge. 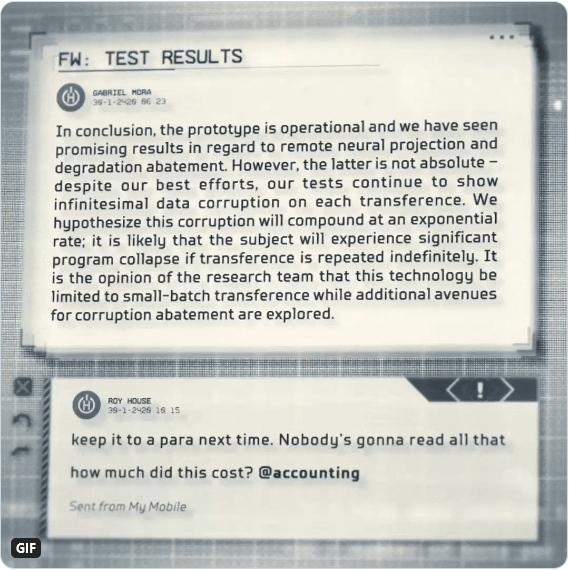 We only see the conclusion of these test results, but they seem to point to similar subjects as the previous teaser.

However, this tweet of leaked emails, published May 3, suggests that there may be problems in store for Revenant.

If Loba has access to these emails - and we assume she's leaking them - she may have found the chink in Revenant's armoured skeleton.

Maybe she'll use the knowledge that Revenant's data gets slightly corrupted with each time his consciousness is transferred to a new body to avenge her parents' deaths? We'll find out in Season 5. 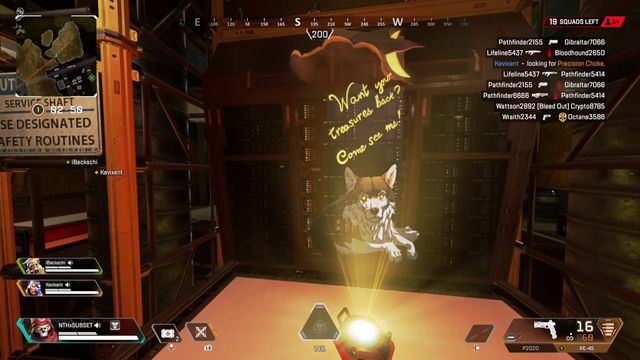 However, it's the latest in-game teaser that has blown the doors off any theories. Suddenly, everything looks far bigger than a personal vendetta between Loba and Revenant.

If you head to the Vault near Train Yard in your Apex Legends game, you'll find the doors open and all the loot is gone. However, Loba has left a calling card, a projection saying "Want your treasures back? Come see me."

It is signed with the image of a wolf, which is associated with Loba. There is one item in the vault - a bracelet. Interacting with it teleports the players to an underground facility.

In the most exciting reveal since the game began, lights suddenly shine on the walls, featuring thousands of Simulacrums like the one teased in the tweet above.

What Does It All Mean? 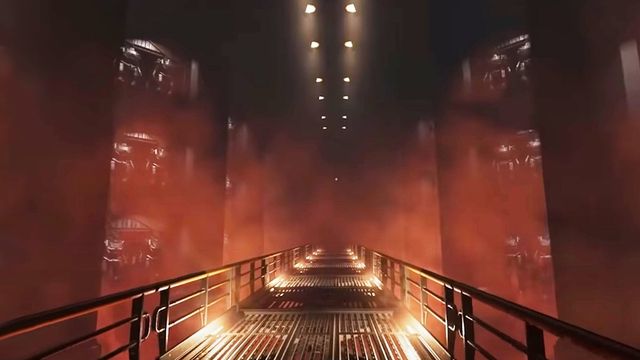 We can only postulate as to what this means for our games of Apex Legends, but there are a couple of theories: