Assassin's Creed Valhalla: Who Are The 15 Developers Behind Ubisoft's Latest Game?

Ubisoft is going all out for Valhalla, who are the masterminds behind the next Assassin's Creed game?

This past week has been a pretty hectic period of time for the gaming world, not only are we getting gameplay of the Xbox Series X for the first time, but we now know that the new Assassins Creed title is called Assassin's Creed Valhalla.

Valhalla is gearing up to be the biggest release out of the historic franchise, with more focus on RPG elements over recent years, we cannot wait to dive into the game!

The game has been reported to be developed by over a dozen separate studios, and one may wonder who they are and what they have made before.

Let's take a look at all of them now!

For those who are unaware of the Assassins Creed franchise, the game has always been developed by the same studio.

Ubisoft is one of the most recognizable names in the video game industry, they are responsible for other titles such as:

Since Ubisoft is a massive corporation, they have built several studios around the world and certain games are only developed at specific locations.

The Assassin's Creed franchise has been the staple game developed at the Ubisoft Montreal location; this has stayed the same for as long as we can remember and appears to be the same for Valhalla. 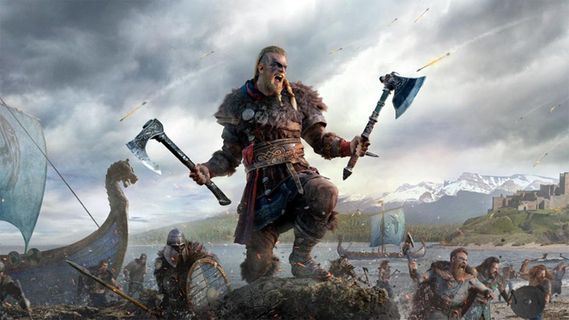 In the below image, Ubisoft Montreal tweeted a congratulations tweet upon the reveal of Valhalla. In this tweet, they not that there are 14 other studios around the world that are helping in some capacity to develop this game.

Although we do not know who all of the studios are, or what capacity they are going to be developing Valhalla, we can get an idea based on past projects.