The Last of Us 2: Is Multiplayer Mode Returning?

The Last of Us' multiplayer mode won't be returning in the sequel.

The Last of Us 2 is coming in June, but the original game's 'Factions' multiplayer mode won't be returning.

That has disappointed many fans, but that's not to say there won't be something similar in the future.

Read More: The Last of Us 2: Release Date, Leaks, Story Mode, Characters and Everything You Need To Know!

That led to some fan outcry, but Naughty Dog has acknowledged that they are "as big a fan of Factions as the rest of our community" in the following statement. 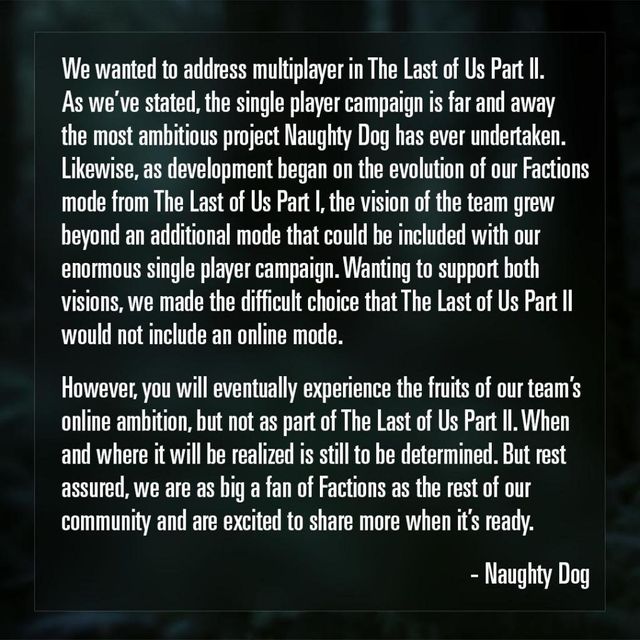 Could "the fruits of our team's online ambition" be a potential standalone multiplayer title? We'll surely find out once the game launches, but for the time being, Factions is included in the first game on PS4 and is well worth a play.