While tweeting about a fresh patch that's out now, Cecot confirmed the team are testing an adjustment to snake-shots and RPGs:

"We are working on an adjustment for akimbo snake-shots in a smaller update. Just needs testing. RPGs are also getting a tuning pass in the next big update to come later on. GLHF!" 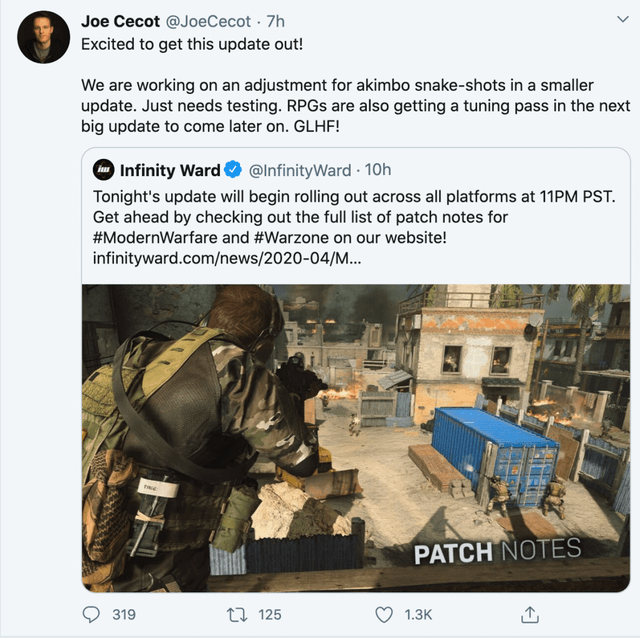 Akimbo Weapons can only be called in via loadout drops in the game, but aside from being overpowered because of their ability to "snake-shot" by going prone and firing, they also led to a unique way of avoiding the gas mask animation in the heat of battle. Find out more here.