Call of Duty Warzone Season 4 Easter Egg: How To Access The Vault In Warzone With The Red Access Card

The vault was one of the long-awaited easter eggs during a recent patch for Warzone.

While players can assume we will be able to access the vault during next season, one can never be too sure.

Here's how to complete this Warzone Easter Egg.

How To Open The Vault Doors In Warzone

Here's how to open the vault doors in Warzone:

Key cards can be found in select loot boxes - they are VERY rare to find.

Inside the vault is TONS of loot including weapons, cash, streaks and more.

Key cards are not specific like they are in other games, one key card will access any vault.

Rumours about an easter egg within the map have been bubbling for a number of weeks, since its launch in March.

With the Bunkers now being accessible, a few other clues are now popping up around the map.

@ModernWarzone has alerted the community that there is an interactable red button.

The doors for Bunker 11 appear to have a war room, server room, mist room, and more. Along with a big shiny red button in the war room and a nuclear warhead inside of the bunker!

The mysterious Bunker 11 that holds the nuke has been accessed and players can now do it themselves.

Here's how to access the secret vault in Warzone.

This is likely the first part of a much larger easter egg!

It's been stated that Fortnite like events will arrive in Warzone in due course, so could this have something to do with it?

The next stage for Modern Warfare and Warzone is Season 4 - could this be where we get our answer? New locations are still yet to be revealed according to the official strategy guide and we're expecting answers to arrive soon.

One Twitter user has updated the locations of objects within the map. 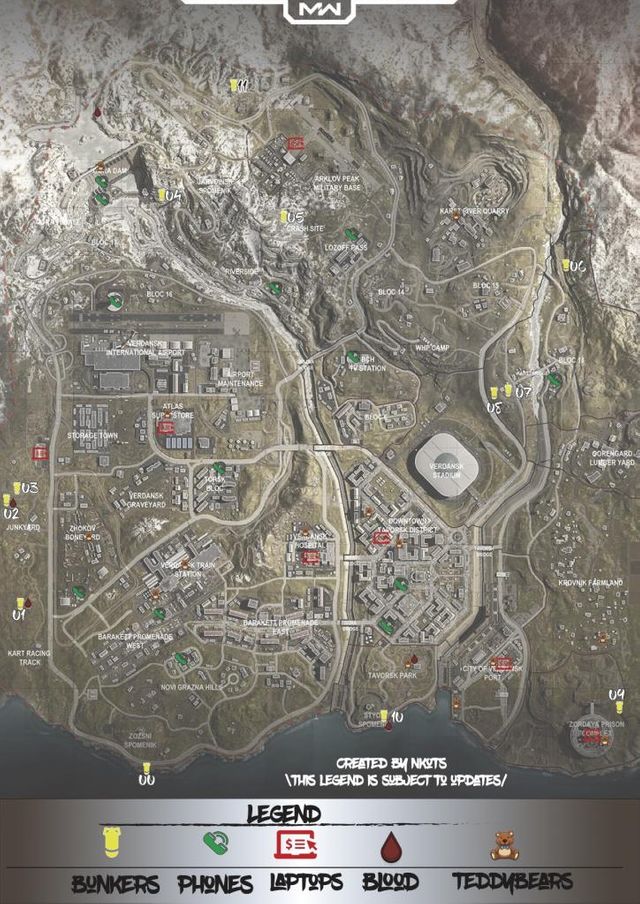