Valorant: Assists Being Added To The Killfeed In Future Update

Valorant is continuing to strive for excellence as the new tactical shooter king - a new feature that will be coming is assists in the killfeed.

Valorant has been captivating the interest of many FPS fans since its closed beta arrival as Riot Games aim to break boundaries with their version of the tactical shooter genre.

The Killfeed is a very important part of the game, as it notifies you who's performing well and who isn't.

But no mention is given to those that aid their fragging teammates - it looks like Riot are planning to fix that.

Assists Being Added To Valorant Killfeed

Assists are coming to the killfeed in Valorant!

He was met with a response from MorelloRiot, who commented: "This is something we wanna add - not sure when it'll be in, but we 100% agree". 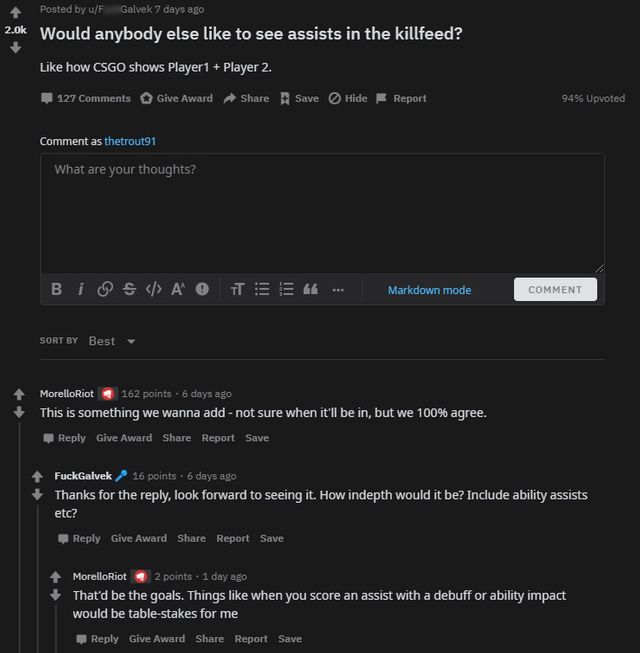 It's great to see how seriously the Valorant devs are taking community feedback and are implementing new features.

The closed beta is no doubt all about stress testing the game and getting the gameplay to its optimal point. But small subjective changes like this are certainly appealing and will give the game that extra polish.

For now, the devs are no doubt working on any glitches and fixes that are popping up such as the recent Cypher and Omen glitch.