Members of the Valentinos treat values such as "honor, justice, and brotherhood" with deadly seriousness.

We will be exploring the streets of Night City when Cyberpunk 2077 finally arrives in September.

And wouldn't it be great to have some sort of idea about who will actually be patrolling the streets with you?

Well, the game's developer has just released some details about one of the biggest gangs in the game.

We've already created a 'lore guide' for players want a better understanding of the dystopian RPG's history, but in that, we missed out any mention of the Valentinos.

CD Projekt RED has just shared the logo for a Cyberpunk 2077 on Twitter for a gang called the Valentinos. 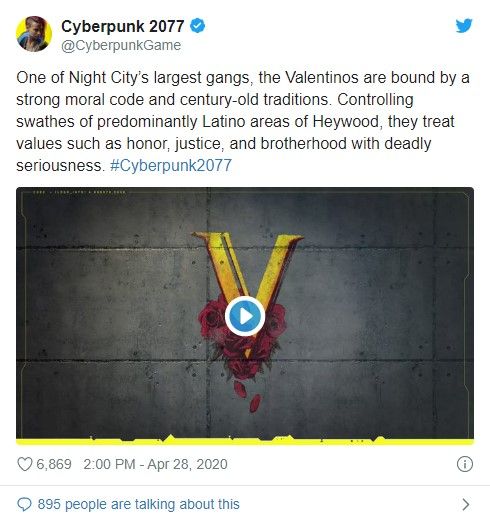 The developer said that the gang is "bound by a strong moral code and century-old traditions.", which sounds similar to the moral code of the Tyger Claws gang.

The Valentinos control 'Heywood' and have many Latino members, and it is common to see the districts of Night City split by class, race, and power.

CD Projekt RED also added that members of the Valentinos "treat values such as honor, justice, and brotherhood with deadly seriousness."

In other news, a gameplay reveal could be coming very soon! 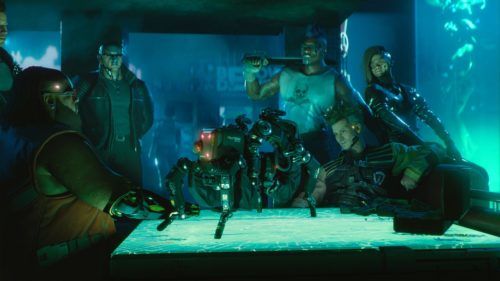 The developer has promised that it will be bringing Cyberpunk 2077 to the IGN Summer of Gaming event in June (if it doesn't get postponed by COVID-19).

The event, which has been set up in place of E3 2020, will feature gameplay reveals and developer interviews.

Now, although CD Projekt RED hasn't specified what exactly they will be showing off in June, it does seem likely that some footage of the gangs will be included.

How Long Has Cyberpunk 2077 Been In Development?