Riot Games has responded to fan outcry over skin prices in Valorant.

The Prism collection of skins will run players over $50, and fans aren't impressed by the price or the design itself, with minimal changes from the default weapons.

Joe Lee, Riot's Revenue Lead for Valorant, defended the price of the bundle.

“Prism was designed for people who love clean, minimal gun aesthetics, and want to buy into a premium skin line that shows that off,” he explained. 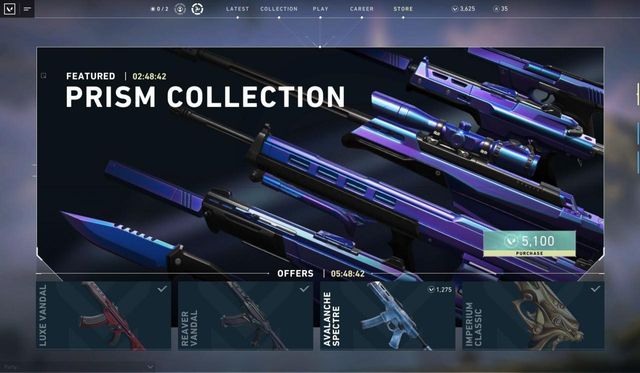 “We also know there are others who want a gun skin that has all the bells and whistles: custom reload animations, geometry changes, alternative universes,” Lee continued.

“We have plans to serve all of these needs with specific skin lines, we just need to make sure when we make something, it targets and serves a specific audience really well!”

Of course, you can always vote with your wallet – if you aren't keen on the bundle, don't buy it, and send a message to the developers that way.