Valorant: New hero leaked on Haven map, is it Sabine?

Valorant could be getting a new hero with vampiric abilities. Here's what we know so far.

While Omen was recently added, fans think they've spotted a new character on the Haven map.

Multiple characters have voice lines referring to "Sabine", an as-yet unrevealed character who can, according to these voice lines, "suck the life" from enemies. Charming.

Reddit user @Jakeskics even managed to spot what looks to be a new hero on Haven – a masked character with a "T shaped" visor. Check the image below. 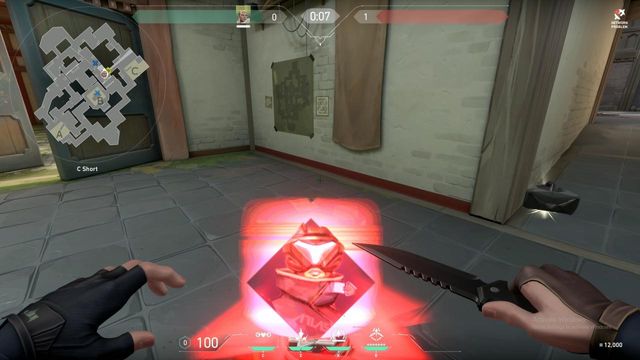 At present, Sage is the only healer in the game, so a character capable of siphoning an enemy's health and redistributing it to their teammates could be a really interesting new addition. Riot has already confirmed two more agents will be incoming for the beta, as well as two maps – so there's always the chance we'll find out more about Sabine very shortly.