Cyberpunk 2077 Age Rating: Will Allegedly Be Rated An 18+, According To Lead Quest Designer

Night City will be filled to the brim with Sex, Drugs & Rock & Roll, so the rating is rather fitting.

We're now just under five months away from Cyberpunk 2077's release date, and all signs suggest that the dystopian RPG will NOT be delayed by the spread of Coronavirus.

The game was initially pushed back from it's April release date as CD Projekt attempted to give their dev team more time to test and fix bugs, and this seems to have restored equilibrium in the process.

We've started to see a bunch of Cyberpunk 2077-themed hardware appear in recent weeks, but a small leak (that has since been deleted) may have just confirmed the game's official rating. 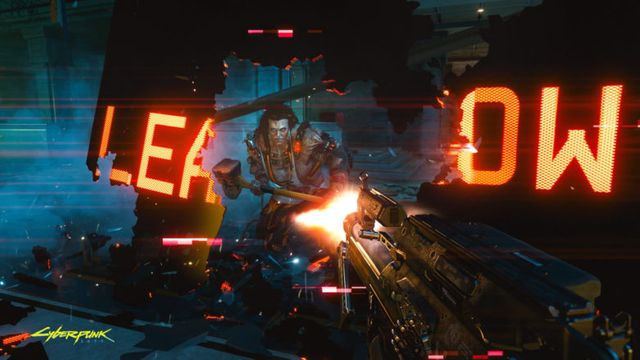 While the rating has since been removed from the website, a Reddit user going by u/JordhanMK posted a screenshot online which lists all of the questionable content.

Now, while all of this content sounds rather... intense, we assure you that these themes will be implemented in a refined and effective manner that compliments the overarching storyline.

The game will also feature scenes including “suicide”, “cruelty”, “intentional death”, and “exposure to a corpse”.

These themes and featured scenes have all been listed to deter those sensitive to the themes being mentioned.

Although the leak hasn't been confirmed, Cyberpunk 2077 lead quest designer Pawel Sasko responded to the leak on Twitter, writing: “You surprised? We don’t f**k around.” 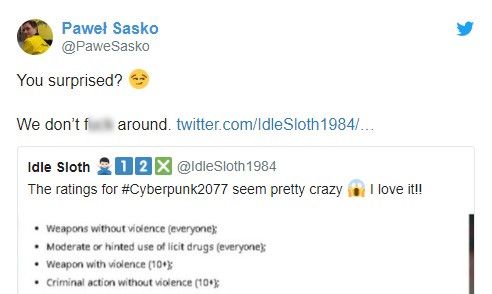 This is the attitude that has come to define the dystopian RPG, and we can't wait to get our hands on it this September.