A Horizon Zero Dawn sequel is in the works. Here's everything we know so far.

Horizon Zero Dawn was one of this generation's best surprises. Despite launching around the same time as The Legend of Zelda: Breath of the Wild, Guerilla Games' open-world action RPG offered more than enough to warrant Game of the Year nominations, and garnered critical acclaim for the longtime Killzone developers.

With the PS5 already seeking ahead in the next-gen race, Sony will be keen for their exclusive line up to keep them ahead in the race!

We'll be updating this post with all the news we learn about Horizon Forbidden West, so be sure to keep checking back for fresh looks.

What Is Horizon Forbidden West?

An April 2020 report published by VGC claimed that Guerrilla Games was planning a Horizon trilogy, with the sequel aiming to launch exclusively on the next-gen PlayStation 5.

"Horizon Zero Dawn 2 is said to be 'gigantic' in scope," according to VGC's sources, "with a larger game world and more freedom to explore it than in its predecessor. People with knowledge of the game also indicated the inclusion of a co-op feature, although it's not clear if this is delivered via the main story or a separate mode."

Among the ruins of San Francisco, Aloy will encounter a far-reaching infection Guerrilla calls the "red blight." She'll likely be able to don a mask and explore underwater areas of the map, as well, judging from the first teaser trailer.

Thanks to the power of the PS5, Guerrilla says there'll be "virtually no loading screens." 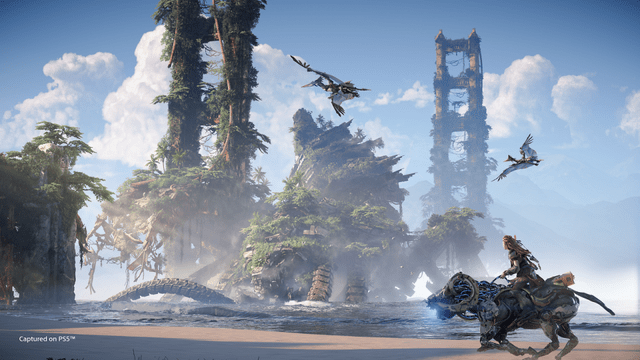 Work together with your allies! (Source: Sony)

While the first game was single-player only, with players stepping into the boots of Aloy, the sequel is intended to be playable in co-op.

Previously leaked concept art showed multiple players battling the original game's large beasts, so could we be teaming up with friends on PS5?

VGC reports that "it’s understood PlayStation was equally keen to see online functionality implemented in the sequel," so that could be the case.

A new PS5 launch trailer has confirmed that the game will launch in the second half of 2021.

While we hope there will be no price increase in next-gen titles, we simply can't say yet – and online multiplayer could open the franchise up to some microtransactions as players look to customise their characters.

The first teaser trailer was unveiled on June 11, during Sony's Future of Gaming PS5 broadcast.

With the first game coming to PC, many fans have been worried that Sony will move to port more first-party titles to PC. 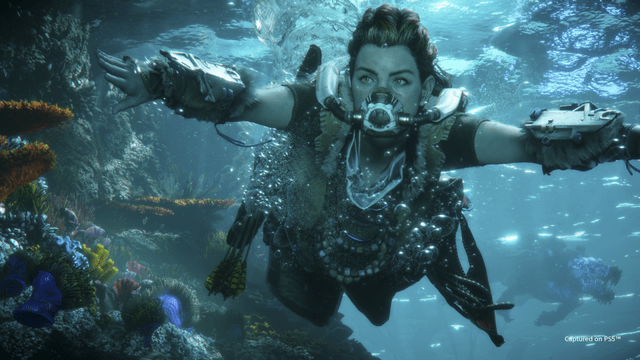 Sony and Guerrilla have released the entire soundtrack from the epic reveal trailer the other day. The full video of the song can be viewed down below, or with the following link, you can play it on your music streaming platform of choice!