Fortnite Chapter 2 Season 3 is coming, but could Chris Hemsworth be along for the ride?

Fortnite's Chapter 2 Season 3 is on its way, and there could be an Avenger coming with it.

Chris Hemsworth's recent starring role as Tyler Rake in the Netflix movie "Extraction" has put the current God of Thunder back in the frame for a Fortnite appearance – at least according to Donald Mustard, Epic Games' Creative Director.

The Russo brothers, the directors of the movie, tweeted pitting their hero against John Wick after plenty of comparisons between the two movies, and Donald Mustard quote tweeted to suggest Rake could come to Fortnite. 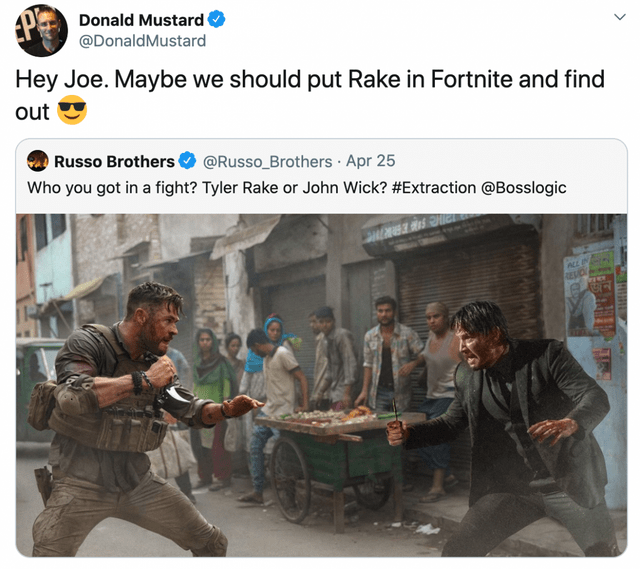 John Wick famously arrived in Fortnite some time ago, and the Russo Brothers seem more than keen to make the face-off happen – replying with a succinct "Hells yeah".

At this point, there's no telling who could be added to Fortnite – but we can't wait to see what will come next.