Pokemon Gold and Silver were great games, but their monsters could have been very different.

Isle of Armor and The Crown Tundra might be coming soon, but for the second time this month new information has emerged about the series' older titles.

Following on from the news of Pokemon Pink allegedly being developed alongside Pokemon Yellow, fans have been digging through the 1999 Space World demo of Pokemon Gold and Pokemon Silver – a trade show focused on Nintendo games.

By cross-referencing with the 1997 Space World demo of Gold and Silver that was discovered back in 2018 (the first known sighting of the sequels to Pokemon Red and Pokemon Blue, and the demo was actually around before either of those titles made it outside of Japan – madness) fans have been able to see how various monster designs evolved (ahem). That's not all, though – there are many more hitherto unseen Pokemon that didn't make the cut that you can find here.

How fans obtained these demos we don't know (although Nintendo servers have been hacked in the past), but Pokedex entries for all 251 critters across Gen 1 and 2 were found – and can be seen here. The descriptions are as yet untranslated, but knowing the fervour from the Pokemon fanbase, it likely won't be long until we know what each says. In fact, fans have already begun drawing the sprites as more colourful artwork. 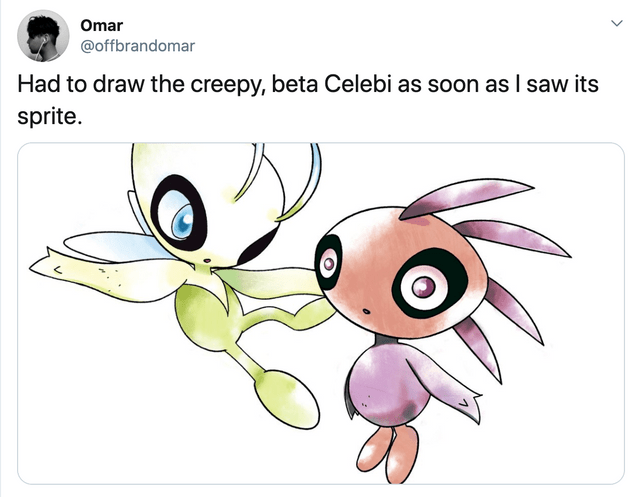 Many Pokemon have changed quite a lot, but Teddiursa is one of the most interesting. In fact, it was originally due to be the Fire Pokemon of the three starters. Eventually replaced by Cyndoquil, you can see Teddiursa's amended design below.

Our particular favourite is Larvitar, which ironically evolves into Tyranitar – one of the more powerful Pokemon in Gen 2. You wouldn't have thought it given this original sprite, though. 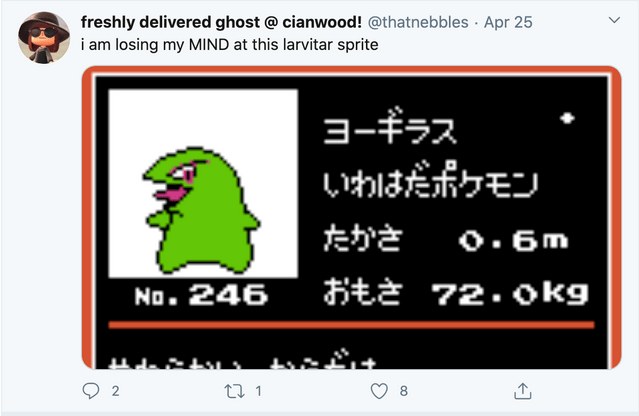