Another League of Legends character is making the jump to Legends of Runeterra. Here's Lee Sin's card set!

Legends of Runeterra, the League of Legends card game that's set in the same universe as the successful MOBA, is growing more and more popular – despite still being in beta and launching on April 30.

Riot's CCG offers plenty of unique cards, and Lee Sin, one of League of Legends' heroes, is joining the fight.

Here's what he offers. 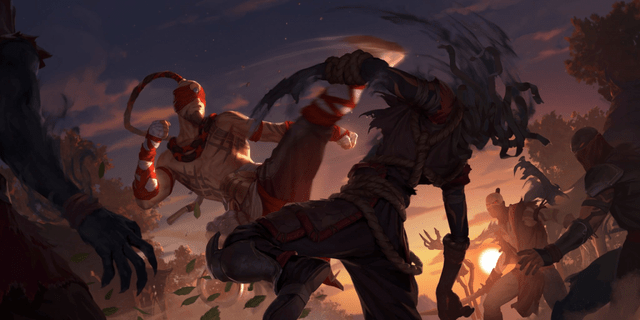 Lee Sin adds the "Challenger" status when using a spell, so can face off against whichever enemy card he chooses.

using Barrier when a second spell is played.

His levelled version offers Dragon's Rage – a card that attacks both the enemy and their Nexus while having the potential to force the withdrawal of the enemy it hits.

In short, Lee Sin can be an attacking powerhouse.

Check out his cards below.

Get a look at Lee Sin's abilities here.