Endgame is the final mission in the campaign, find some handy tips to complete the mission before the final showdown with Shepherd.

The remastered campaign for Call of Duty: Modern Warfare 2 is out right now on PS4 and is releasing on Xbox and PC on April 30th.

In this article, find a complete walkthrough of the “Endgame” mission, the final mission of the epic single-player mode. 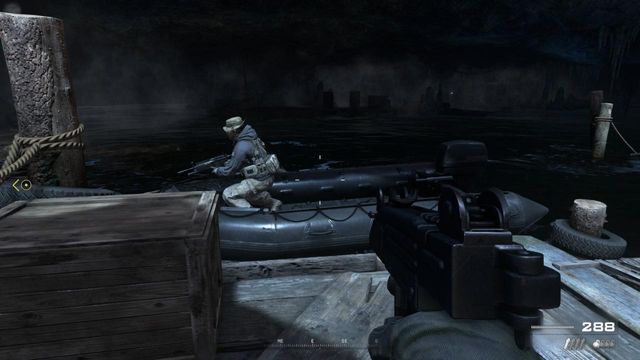 Knowing that Shepherd is about to attempt a getaway down a river on a boat, it is a race against time for Soap and Price to catch him.

The mission begins with you and Price boarding a boat hot on the tail of Shepherd. With Price dealing with any targets trying to stop you, drive the boat through the narrow canyon to keep up with him. 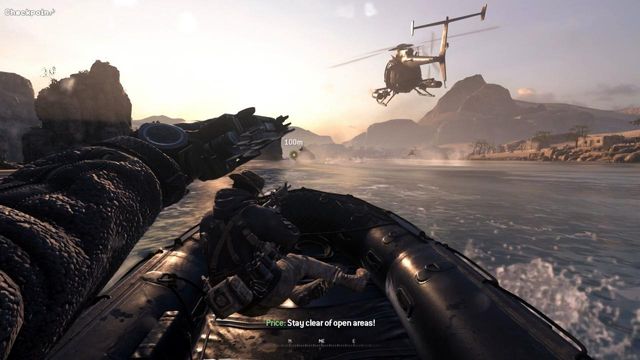 Once out of the cave, you emerge in an open area littered with enemy boats and heavily armed helicopters. Swerve to the left and right, in and out of the rocks to evade the gunfire of the helicopters.

TIP: While diving the boat, press L2/LT to help Price deal with any enemies by shooting them. Accuracy isn’t the best but you can still deal plenty of damage. 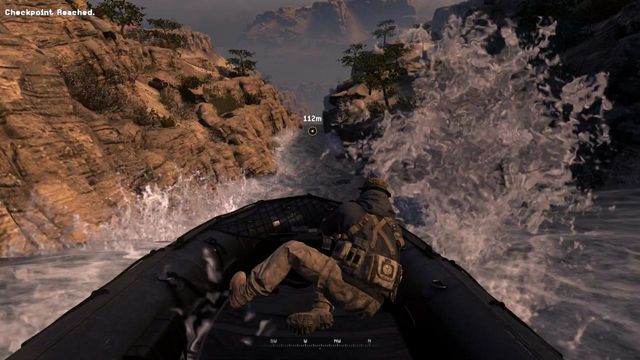 Past the open area, you hit some rapids. Focus on steering the boat rather than engaging with the enemy through this part of the river.

Now out of the rapids, another chopper will make a pass in a last-ditch effort to take you down before the end of the river. 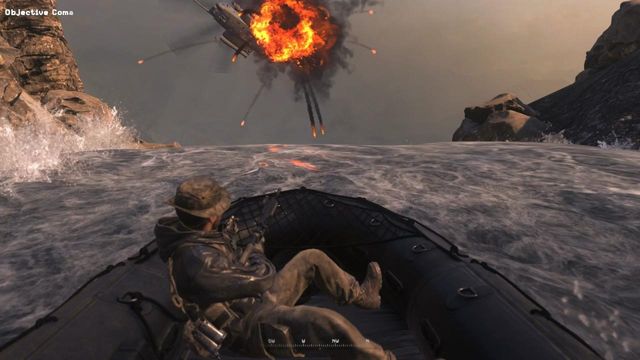 Price orders you to hold the boat steady as you move closer to the waterfall so he can get a clean shot onto Shepherd’s Pave Low.

The chopper begins to plummet in front of you but you can’t hold the boat for much longer, sending you and Price into the water below. 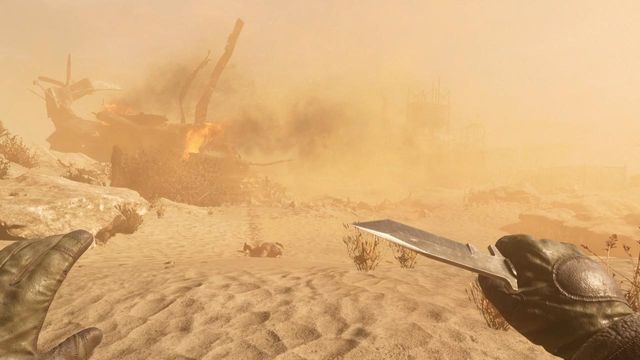 Washed up in the desert only armed with a knife, begin to search the helicopter wreck. Two enemy soldiers will be in the wreck but they are not the target.

Shepherd will attempt to make a run for it before leaning up against an abandoned truck. You make a lunge for him but he is too quick as he pulls a knife of his own and stabs you in the stomach. 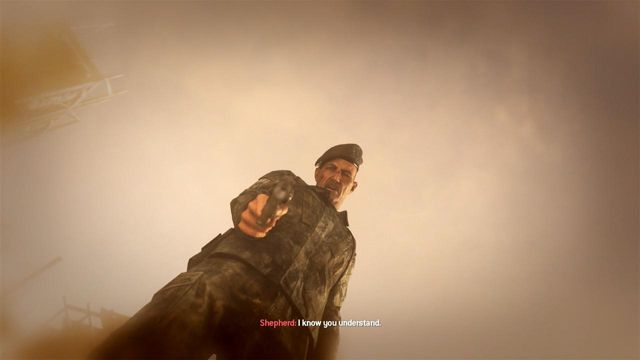 It looks all but over after Shepherd attempts to justify his reasons for killing you as he loads his fabled revolver but just as he is about to pull the trigger, Price flies in from out of nowhere and begins to attack Shepherd.

The revolver flies to the ground, allowing you to crawl to it but as you get there, Shepherd kicks it away as an almighty brawl between Shepherd and Price entails in the sandstorm. 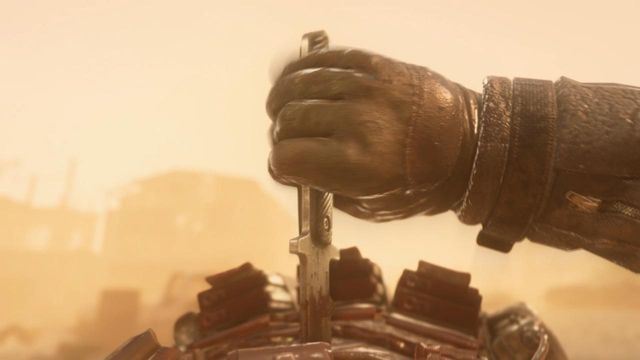 It looks like it’s all over for Price as Shepherd begins to lay down the punches onto his head. While that takes place, pull the knife out of your stomach by pressing Square/X repeatedly. 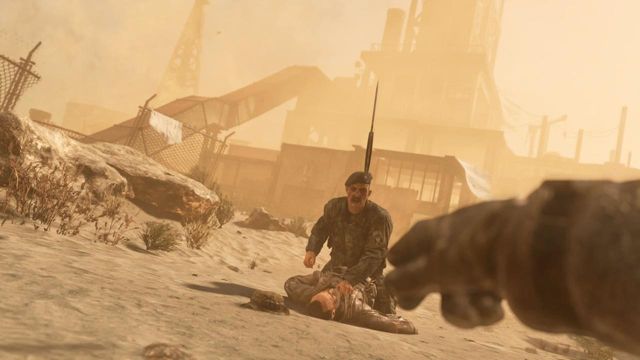 Now armed with a weapon, throw the knife at Shepherd to break up the fight. As he falls to the floor, silence falls as the sandstorm rolls in.

Price somehow manages to get to his feet, places his trusty hat onto his head and rushes over to you.

A helicopter lands nearby as Price helps you to your feet as Nikolai emerges from his helicopter. As the three of you board the helicopter, the end credits begin to roll.