A classic game we all remember from our childhood is releasing soon! Check out all the details here.

Released back in 2003, Spongebob Squarepants: The Battle For Bikini Bottom was one of the biggest hits during that time. It was a fun 3D platformer at the pinnacle of the Spongebob franchise.

Now, 17 year's since the release of the original title; the developers have shocked us all with the announcement of the remastered or rehydrated version releasing later this year.

Let's check out all the details we know about the lastest Spongebob game.

As well, it is releasing across all major platforms. So, you will be able to check it out on the PS4, Xbox One, Switch, and PC!

The game itself is going to be on the cheaper side, it is going to cost players around $19.99 USD! 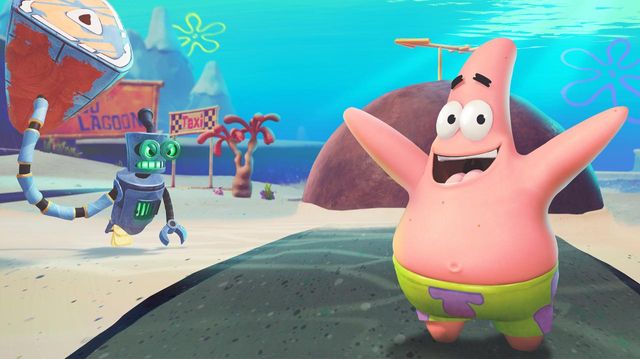 The game is based upon the iconic cartoon show Spongebob, in this alternate universe players are tasked with defending Bikini Bottom from an invasion of robots created by Plankton.

Along the way, players will be able to control all their favourite Spongebob characters and engage in some unique platforming missions!

Check out the announcement trailer that was posted!

Check out 12 minutes of gameplay from the remastered game!

This is where this remasted gets crazy, while you can pick up the game itself for less than $20 USD; they have announced some crazy special editions fans will be able to pickup.

The Shiny Edition will retail for $150 USD and will include the following: 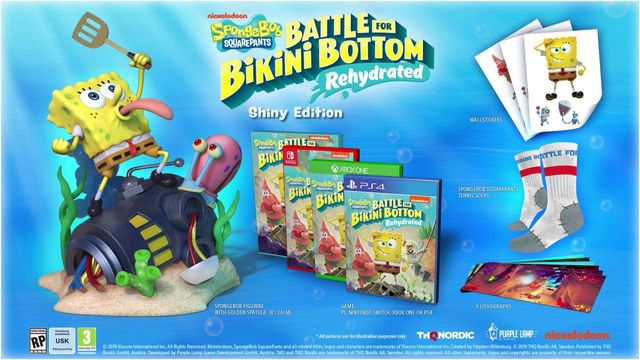 The F U N edition of the game is going to retail for $300 USD, a steep price to pay. However, hardcore fans of the series will be keener to opt-in for this edition than others 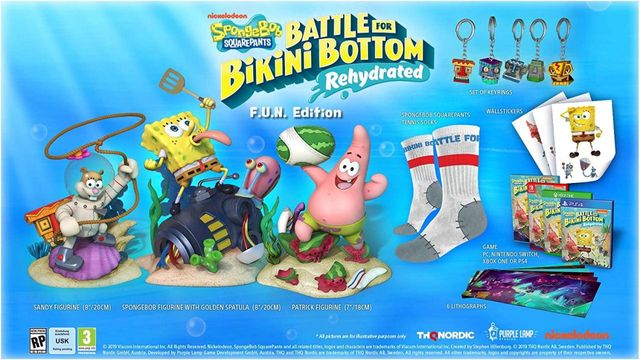