Modern Warfare has been a huge success – and it sounds like a sequel could be coming?

Modern Warfare Season 3 is here, and it brings back Alex from the game's campaign as a new Operator.

That caught many players off guard, particularly given what happens during the storyline and the fact that the multiplayer essentially continues the campaign's narrative.

In response to the arrival of Alex in multiplayer, Twitter user @TMevo22 suggested to Taylor Kurosaki, Infinity Ward's narrative director, that Alex should have been saved – and the playful response suggests that might just happen. 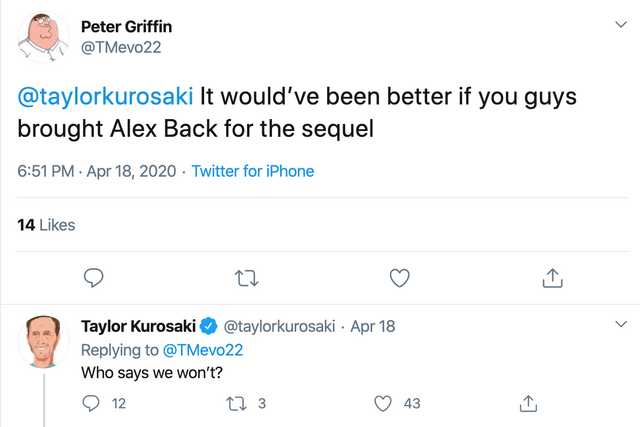 It's far from a direct confirmation that another Modern Warfare game is in development, but we'd have to imagine it is. After all, Modern Warfare 2019 was released to an impressive critical and commercial reception, and Activision is likely to pursue a sequel for that very reason.