According to the below post on Reddit, after interacting with the keycard, the screen brings up several references to Singh Labs.

A Singh Labs facility appeared on the map, parallel to the Voidwalker backstory that gave us more info on Wraith's troubled past and the experiments to which she was subjected. 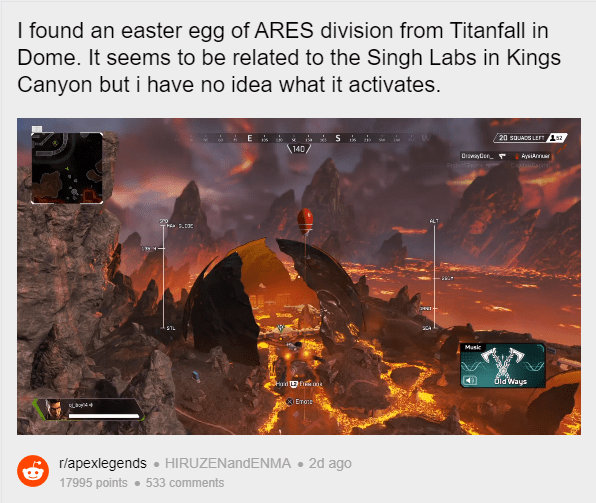 A Titanfall reference can also be seen - the logo of ARES Division, the armed R&D unit of the IMC.

Respawn promised Titanfall fans a 'pleasant surprise' and it's clear that they plan on delivering.

In the Titanfall universe, the ARES Division's purpose is to discover, research, and utilise alien technology.

It's safe to say that Loba is tied into this, and she will almost definitely debut with Season 5.

Dataminers recently uncovered Loba's look and abilities. Her tagline is reportedly "Translocating Thief", and she uses a bracelet to travel place to place.

Perhaps the season 5 trailer will show Loba trying to steal something from Singh Labs - it seems, in this screengrab shared by dataminer Shrugtal, that the person who owns the device has access to a Singh Labs map, and is looking for more secret passages/entryways.

It almost certainly seems like these devices will give us more of a backstory on Loba, and how she acquired this tech - since the laboratory is responsible for Wraith's voidwalking abilities.