Struggling to get past one of the most stealthy missions in the entire campaign? Check out our guide for some handy pointers.

The remastered campaign for Call of Duty: Modern Warfare 2 is out right now on PS4 and is coming to Xbox and PC on April 30th.

The single-player mode from the 2009 release has undergone a complete remaster, meaning it looks better than it ever did.

Whether you are totally new to the campaign or are a storied veteran of the story, there is no better time to experience one of the best Call of Duty campaigns ever made.

In this article, find a complete walkthrough of the “Contingency” mission along with some handy tips to help you overcome the mission on the hardest difficulty.

This is one of the missions that requires a lot of stealth so it is important to listen to the instructions of Soap and Captain Price. 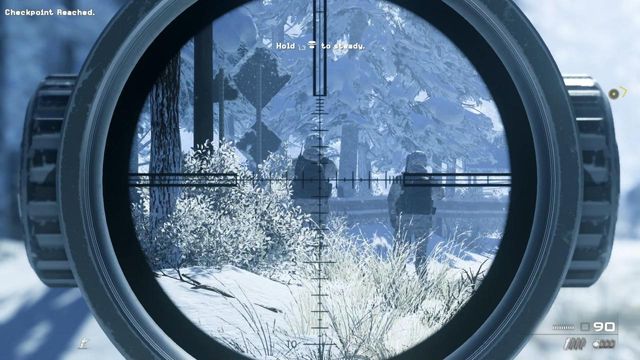 You begin the mission hot on the tail of a small group of enemies. A convoy of a couple of SUVs will drive along the road, stay hidden until they have moved past and you see two of the group of enemies stopping for a break.

With Price instructing to take them out at the same time, aim for the head for a quick and simple kill without alerting any more opposition fighters to your location.

TIP: Once the dog and his handler are no more, this may alert another soldier coming from the top of the hill so be prepared to deal with him quickly before any more attention is drawn onto you. 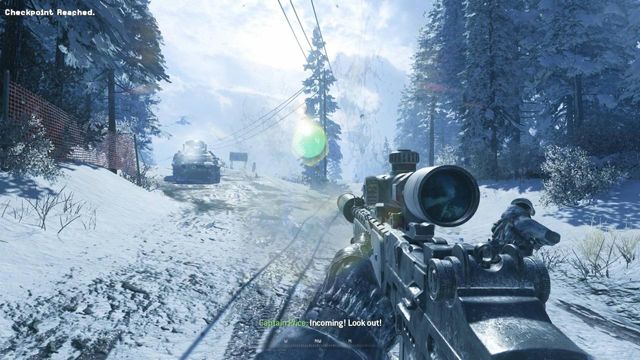 Continue your progress up the road and across the bridge. Once across, Russian helicopters armed with mobile SAM sites will fly past you.

Once the choppers are out of sight, a Russian BTR will hurtle towards you and Price, follow him into the woods to escape the gunfire. 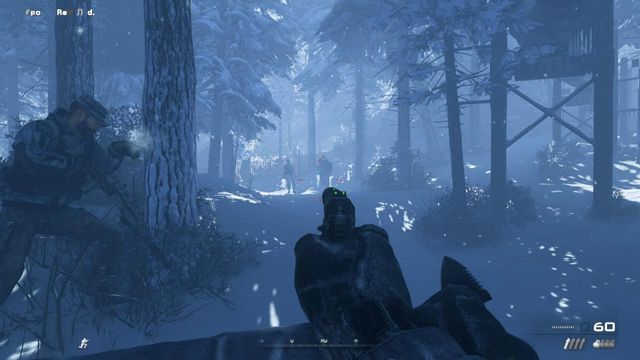 A group of soldiers will begin the hunt for you but let them pass to keep your location hidden. With a three-man patrol dead ahead, you have the choice to leave them or to eliminate them using your suppressed rifle.

It is personal preference as to which course of action you decide to take.

With the patrol dealt with, you and Price encounter another large patrol will be blocking your path through the forest.

Take the two enemies out on the right side while Price deals with the dog and its handler.

You and Price are now at the frozen river with yet another large patrol ahead of you. This time around, you have the choice to engage with the enemy or let them pass.

Given the amount of opposition in the patrol, it is easier to let them pass so wait for them to advance into the forest before continuing the mission. 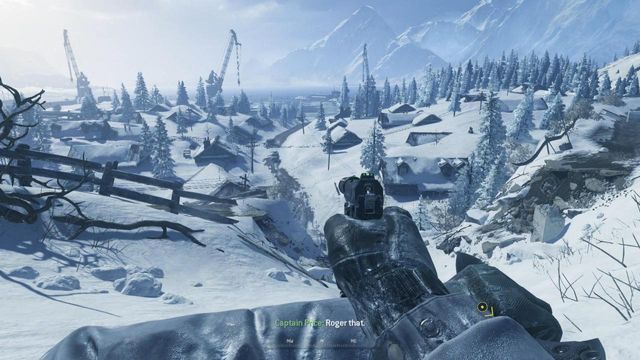 Follow Price out of the forest and to the top of a hill overlooking a small hamlet. Now armed with a predator drone, you attempt to fire a missile onto the village but a SAM turret blocks it from dealing any damage. 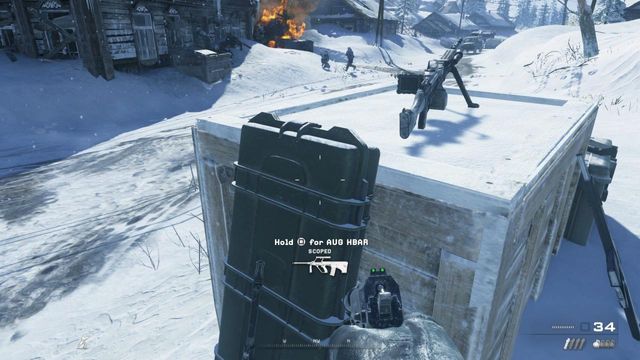 The Russians now know your location, slide down the hill into the village and grab the AUG HBAR machine gun on top of the box.

With the SAM turret now destroyed, Ghost and a group of friendlies join in the fight. Several enemies will begin converging onto your position, deal with them as quickly as possible before advancing towards the submarine.

Use the predator missile to take down some of the base defences and make your way into the base.

TIP: You can use the predator missile again to further weaken the defences or you can continue to engage with the enemy on foot. The choice is yours! For more of a challenge, don’t use the missile but if you want to deal with several enemies quickly, the predator is the way to go.

As Price makes a break for the submarine, provide cover from the watchtower with the missile or the Dragunov sniper rifle that can be found on the watchtower. 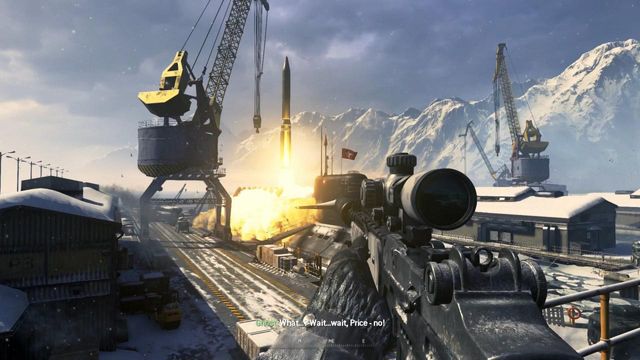 The doors of the submarine begin to open while Price is still inside and the nuclear missile is launched into the air, seconds after Price mutters the word “Good” over the radio.

Ghost declares a Code Black as the screen fades into darkness.