Mother's Day is a time to celebrate with your loved ones and Animal Crossing New Horizons is letting you do exactly that!

As has been a tradition in the franchise, the Mother's Day event is expected to arrive in Animal Crossing New Horizons.

While we're in the thick of Nature Day and May Day, with more holidays on the way, Mother's Day is expected to arrive on its designated date!

Let's check out all the details about Mother's Day in Animal Crossing New Horizons.

The Mother's Day event in Animal Crossing is going to occur on the same day it happens in real life.

As the event has yet to be officially confirmed, the dates are not clear. However, we're expecting it to arrive on the same date as the real holiday - 10th May.

Whether this event will continue over a week-long period, as most events have, is unclear.

Although it is not a complex holiday such as Bunny Day or Christmas, there is still something the players will notice on this day.

Instead of sending a gift to your mother, who you have received letters from during your playthrough of New Horizons, the player will receive a letter from their mother, as well they will also get some sort of gift.

To obtain it, simply head to the Nook Stop and access ‘Nook Shopping’, go to ‘Special Goods', go to the ‘Seasonal’ tab and you'll get the 'Thank You Mom' mug available at 600 bells. 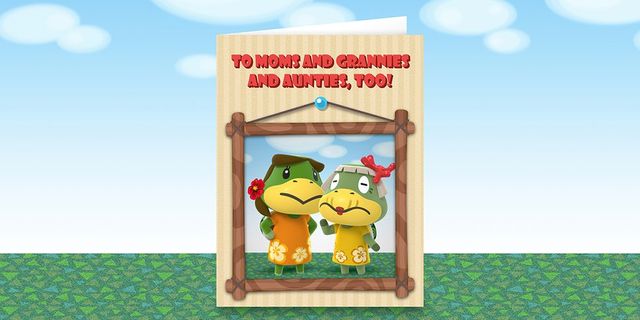 In a recent data mine from @FireMonkey__, it has been confirmed that the event will take place at some point and has the following description:

"Mother's day is a day for saying "thank you" to the warm, loving person who always watches over you. What should go into a gift mug? How about all of your love for starters?"

You can check out what players received in the previous Animal Crossing games courtesy of Animalcrossing.fandom.