Raven and Infinity Ward are making some balance changes to Call of Duty: Warzone.

Since launch, we've seen solos and duos added, but now Infinity Ward and Raven, the titles co-developers, are making further changes according to Raven's Creative Director Amos Hodge on Twitter.

In a recent tweet, Hodge confirmed that the armoured truck vehicle type has been removed from the game's solo playlists, hopefully preventing players simply driving around and trying to run enemies over.

In the same thread, Hodge was asked about the potential for the devs to adjust the pricing for loadout drops in the solo playlist by Twitter user @NightSkull_720, and the dev responded. 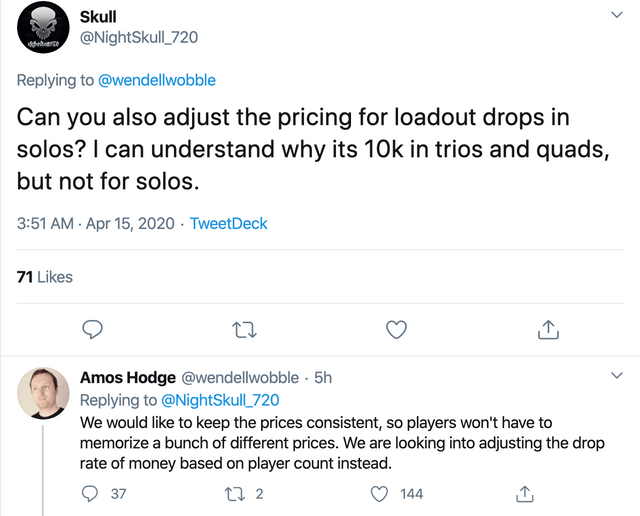 Could we see fresh changes to the in-game economy? As ever, we'll cover any updates if and when they happen!